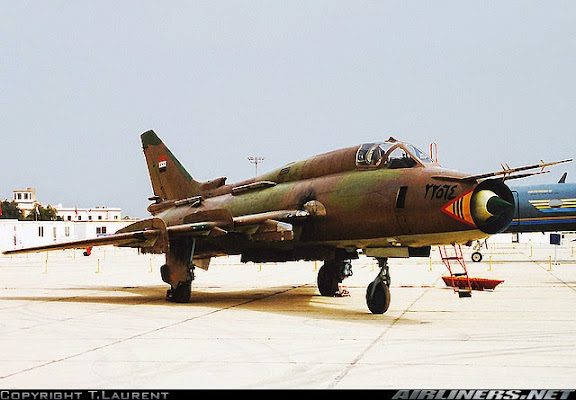 Above image reflective of where it all began, one of perhaps as many as forty IrAF Sukhoi Su-22 fighter-bomber aircraft that during the 1991 Gulf War was transferred by surprise from Iraq to Iran, in order to escape U.S.-led coalition air bombardment against Iraqi airfields.

A number of explanations have been offered for this surprise transfer, with this writer inclined to believe Saddam at the most was seeking a temporary safekeeping for such aircraft, or at the least serving to put a kink in U.S. policy of containment effected towards Iraq and Iran. 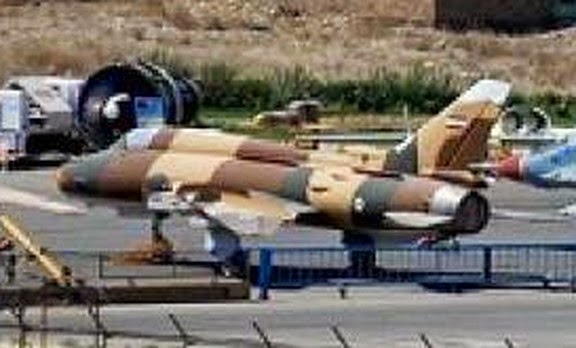 Fast forward past decades of Iranian Su-22 storage and false-started restoration efforts [see HERE, and HERE], all IRIAF Sukhoi Su-22 aircraft are ordered transferred to IRGC-ASF by Iran's military high command, whereupon ten airframes had undergone some level of restoration. A further three airframes being set for transfer, two of which are to be transferred to the IRGC Pars Aviation Service Company (see photo below) and one to the Artesh Holy Defense Museum at Beheshte Zahra. [see HERE]

Above image of IRIAF Sukhoi Su-22M-4 "Fitter" aircraft, serial 3-6905 scheduled for transfer this week or last to IRGC-ASF, from where it had been stored within an 11th TFS shelter at Tehran/Mehrabad TFB-1.

Three of the above "Fitter" aircraft are painted in yellow undercoats with one retaining its camouflage paint scheme. Su-20 (IrAF serial 1182) and Su-24UM2K airframes being utilized for parts reclamation-- such as landing gear and movable outer wing segments-- for IRIAF re-serial 3-6906. 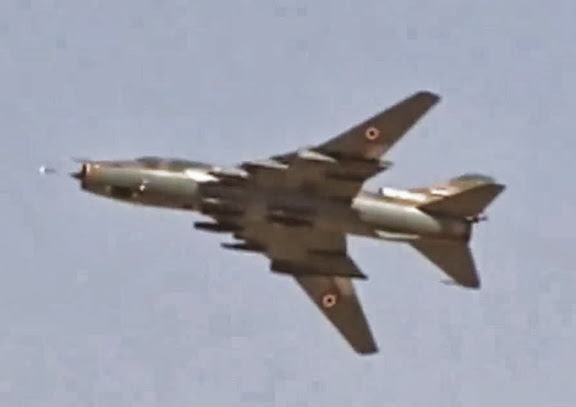 Meanwhile, Iran's ally the Syrian Arab Republic has been embroiled for years in conflict against Western-backed rebels, as well as ISIL and Al-Qeada affiliated forces. The SyAAF possesses many years experience in operating and maintaining Sukhoi Su-22 Fitter aircraft. At the onset of hostilities, SyAAF operated Su-22 aircraft from the following airfields: Dumayr, Shayrat (677 and 685 Squadrons) and Tiyas (827 Squadron).

An agreement was recently reached between the militaries of Iran and Syria whereby ten Iranian Su-22 "Fitter" airframes are sent to Syria. Fitters delivered to Syria with only fuselage restoration complete, being transported by Ilyushin Il-76 “Candid” aircraft. Initial five transfers occurred between April and September 2013, with a further five delivered more recently. Efforts at completing overhaul toward FMC status have been undertaken by SyAAF.

Transfer of these ten fighter-bomber aircraft fall within the spirit of the Iran-Syria mutual defense pact signed in 2006, details of which have not been made public. Perhaps more pragmatically, the Iranians are expecting transferred aircraft to be returned at some future date, in fully operational condition. 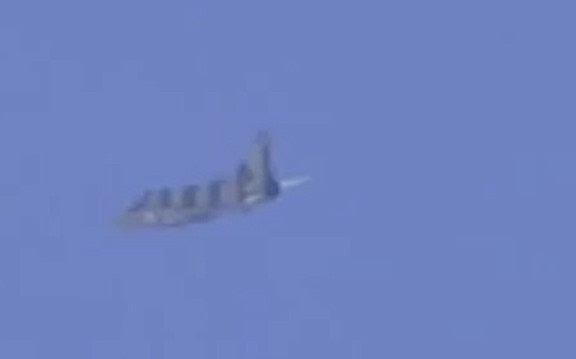 Thanks for sharing. Great to see these aircraft again, and hope they are taken care of. I have never seen Su-22 in Asia minor camo. M-4 was considered to be quite advanced in the mid to late 80s, could drop laser-guided bombs as well as fire TV-guided missiles, plus it has two powerful 30mm guns. Those Su-22s would give the Syrian Arab Airforce a great boost.

@ Brig. Gen. Basrawi, Have you consiederd publishing your memories of the Iran-Iraq war? If not anywhere else why not at this site if Nader and other administrators won't mind? God bless.

I might eventually do that at some point in the future when time permits. God bless and best regards.

There is good chance that they will supplement the Iranian air force arsenals and be used as a powerful platforms for heavy weaponries,