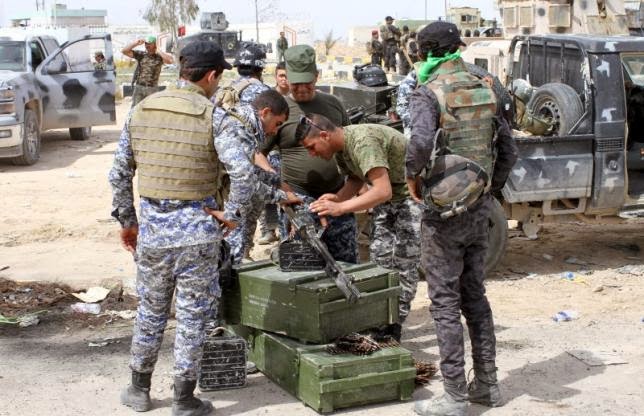 Iraqi security forces battled ISIL insurgents in central Tikrit on Sunday, amid warning by local officials that the battle to retake the city would not be quick.

“A rapid advance in a city where the ground is littered with bombs and booby-traps is too tough to achieve,” said Mayor Osama al-Tikriti. (Reuters, 29 March)

On Sunday, the U.S.-led coalition continued airstrikes against ISIL positions in and around the city. But most of Iran-backed Shia militia groups boycotted the offensive in protest to U.S. airstrikes, which began on Thursday at the request of the Iraqi government.

Today, an Iraqi attempt to infiltrate Tikrit from the southern district of Shishseen was thwarted by ISIL militants. They used anti-tank missiles to destroy an armored bulldozer being used by the military to clear path around booby-trapped roads, and Iraqi official said. The setback underscored that even areas under government and militia control south of Tikrit remain vulnerable to attacks by ISIL fighters.