Tikrit Not Yet Fallen - UPDATE 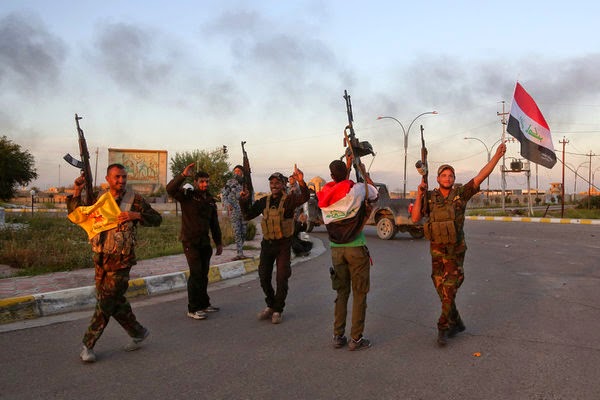 The news of the liberation of Tikrit appears to have been a bit exaggerated. Earlier on Tuesday, Iraqi state-run Iraqiya had announced, “Tikrit has fallen to us.” The Iraqi prime minister also reportedly spoke of the liberation of Tikrit. What has happened, however, is that the Iraqi security forces and Shia militia fighters have entered the city center, raised the Iraqi flag on provincial government building, but ISIL insurgents have remained in other parts of the city. The city is contested, the fight is continuing.

UPDATE (Wednesday 1 April): Iraqi Prime Minister Haider al-Abadi visited the liberated areas in the center of Tikrit on Wednesday, hailing the victory by Iraqi security forces and the militia over ISIL.