Iraqi Troops, Militias Pause in the Battle of Tikrit 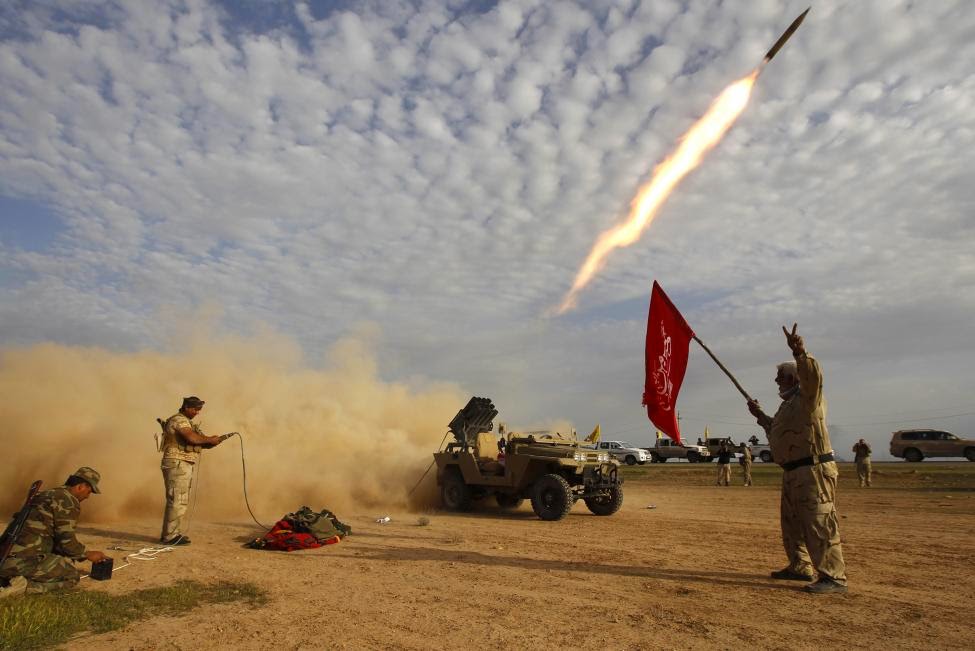 Iran-led coalition of Shia militias and Iraqi security forces battling the Islamic State insurgents in Tikrit paused their offensive for a second day on Saturday as they awaited reinforcements, Reuters reported today.

Iraqi military officials told Reuters that more “well-trained forces” were needed for the street-by-street battles that recapturing the city would require.

“We do not need a large number, just one or two thousand. We need professional personnel and soldiers,” a military source in the operation command center said. (Reuters, 14 March)

More than 20,000 Shia militia fighters and some 3,000 Iraqi soldiers entered Tikrit on Wednesday. The source at the military command center told Reuters that they have already retaken areas to the north and south in Iraq’s biggest offensive against ISIL insurgents yet. ISIL fighters still hold half the city, including central districts and a complex of palaces built by Saddam Hussein, and have booby-trapped buildings and laid IEDs and roadside bombs.

In the environs of Tikrit, ISIL forces were fighting the PMF (Shia militias’ umbrella organization) fighters and the Iraqi federal police forces near Beiji oil refinery and towns north of al-Malha.

Meanwhile, the Kurdish Peshmerga forces have also been attacking towns and villages south and west of the oil-rich city of Kirkuk, backed by sustained airstrikes from the U.S.-led coalition, Reuters reported on Saturday. The Peshmerga offensive appears to be aimed at dislodging ISIL from Kirkuk province rather than solely creating a strategic depth to protect Kirkuk.

The Pershmerga, backed by Iraqi federal police and PMF fighters, also engaged ISIL at Hawija, an ISIL stronghold in southwestern Kirkuk, the Institute for the Study of War (ISW) reported. This is the first time that Iraqi federal forces have entered the province in coordination with Peshmerga forces, ISW said.

Because the US halted delivery of ammunition for the Abrams tanks, among other things....