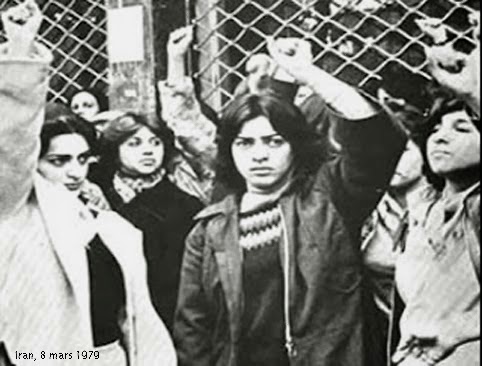 If only those women photographed above would have realized what ash pokhti the akoonds had in store for them. One of my biggest wishes is for the people of Iran to free themselves from these neanderthals that have occupied our country for the past 36 years. Power to the people!

Iran has one Nobel Laureate, Shirin Ebadi, and Khomeini had her removed from being a judge because he held that women were unfit to judge men.

And she still believes that this regime can be "reformed". Her Noble Laureate has clearly gone to waste.