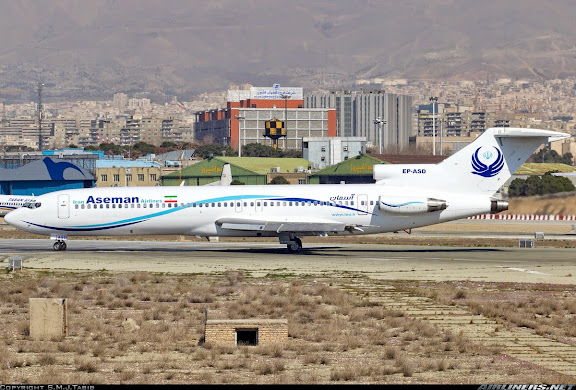 Another aviation observer has pointed out this aircraft's Pratt & Whitney JT8D engines are not fitted with hush kits; likely unavailable to Iranian carriers due to sanctions.
Posted by Mark Pyruz at 12:54 AM

You are saying this plane is 35 years old or minimum 30 years old? Is it not supposed to be decommissioned? Is it safe? Why do they buy these planes and who buys them? Are you sure the production year is right?