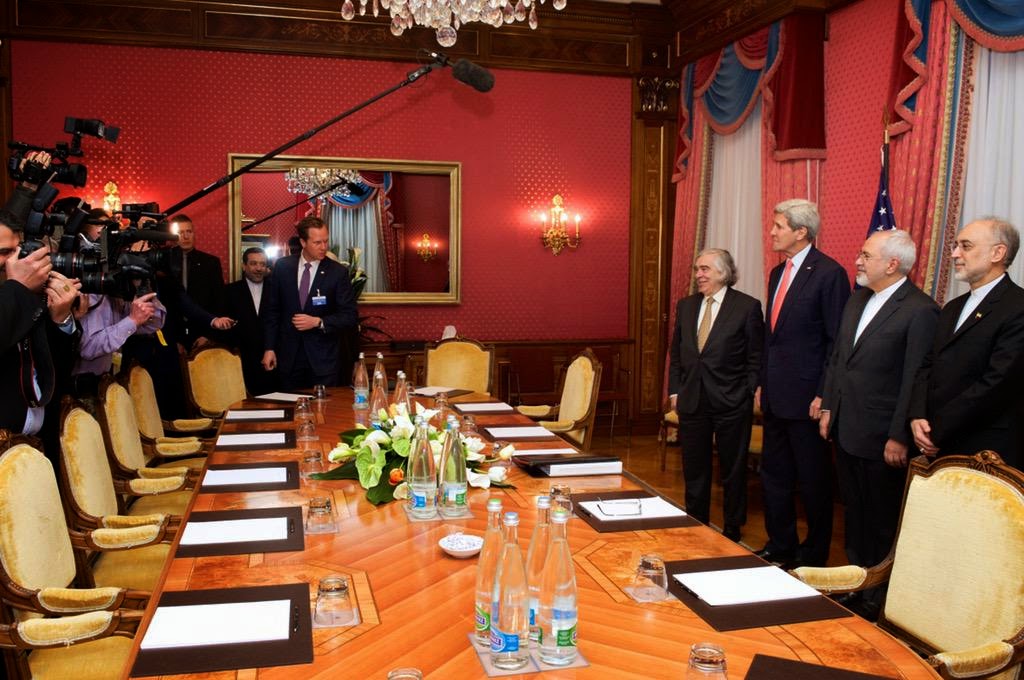 Secretary of State John Kerry and Iranian Foreign Minister Javad Zarif, joined by U.S. Secretary of Energy Ernest Moniz and director of Atomic Energy Organization of Iran Ali Akbar Salehi, resumed nuclear talks in Lausanne on Monday to try to narrow gaps before a 31 March deadline to produce a framework political agreement. The parties have also set a 30 June deadline to finalize an accord. (Reuters, 16 March)

Kerry told CBS News on Sunday that the gaps mostly include “political,” not “technical” issues.

The political matters are normally understood to mean the level and frequency of inspections, possible past military dimensions of the nuclear program, and the speed by which the sanctions are lifted. Technical matters deals with the number of centrifuges Iran can maintain under a final accord, the types of centrifuges, the amount of uranium already enriched that can be held inside Iran, and the amount of plutonium produces at Arak heavy water reactor. (AP, 15 March)

The two sides are apparently in agreement on the technical issues. The British Foreign Secretary Phillip Hammond was quoted on Monday as saying the two sides were closer than before, but still “a long way to go.”

Salehi stated he was "very optimistic" upon concluding his part of the talks. It's looking more like a historic deal may be struck.

And a historic deal this will be.

I am for any deal which will be approved by the UNSC, and at least will free some countries from obligations to keep sanctions on the Islamic Republic very soon.

However, a deep analysis of current and previous events authorizes me to state that at this statge of negotiations, both sides try to keep smiles on their faces and win some credits for good faith negotiations, in order to defeat the other side image on that issue, in case the deal would not materialize itself or be not 'consumed' by its participants, in the future; after it was signed .