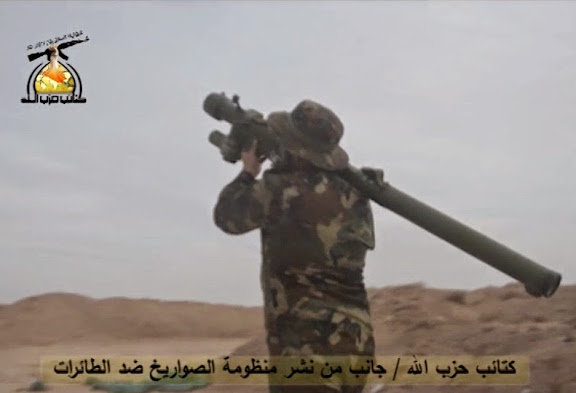 COMMENTARY: Iranian and Iraqi sources persist with claims of U.S.-led coalition "air drops" being undertaken to support ISIL. Publicity video of KH in possession of MANPADS may be seen within the context of further promotion of such narrative. 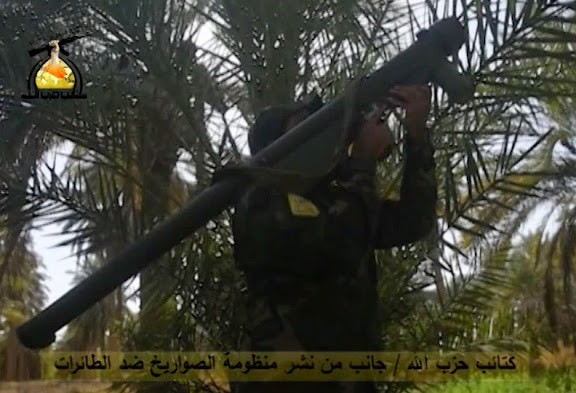 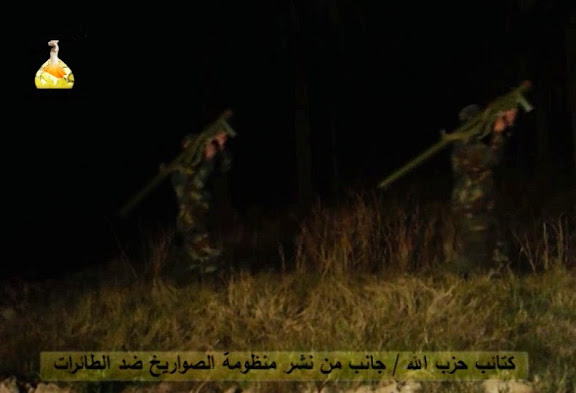 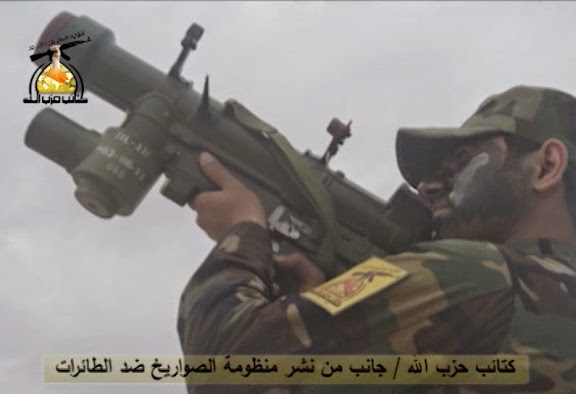 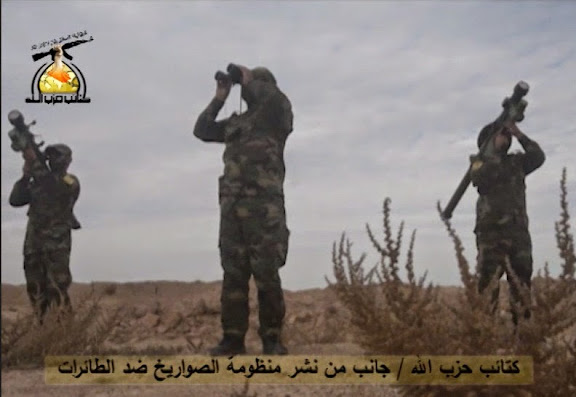 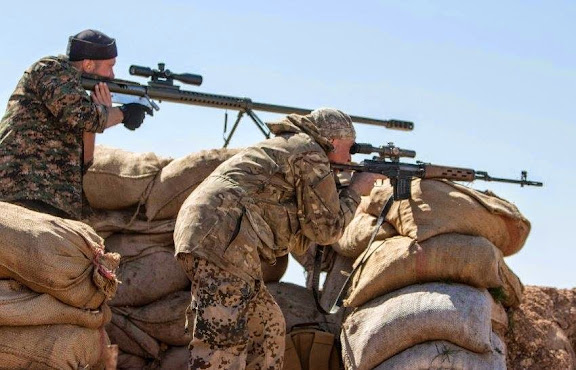 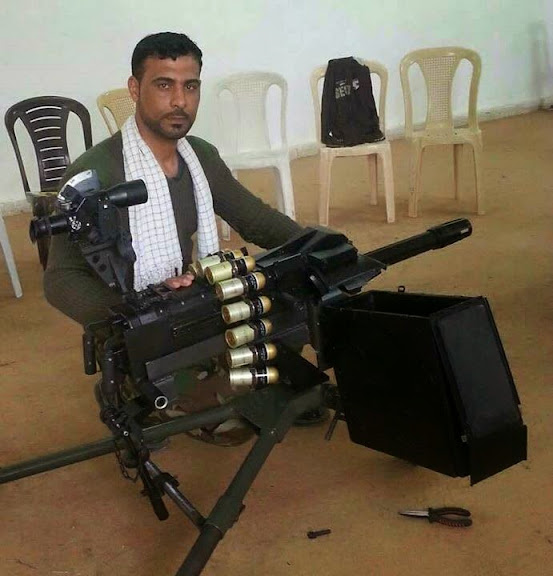 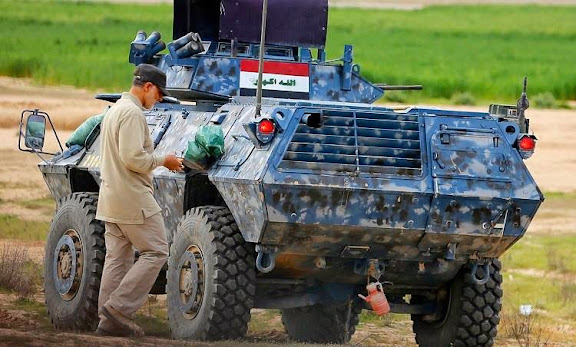 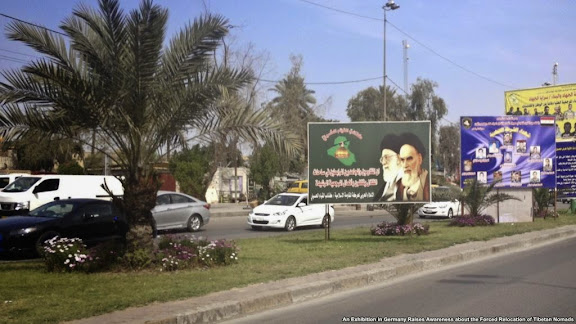 Billboard image of Iranian Supreme Leader Ayatollah Ali Khamenei (left) and the late Ayatollah Khomeini, posted on the median of a busy road in Baghdad, Iraq, 18MAR15. [photo: VOA]
Posted by Mark Pyruz at 4:47 AM

ISIS does not have any Airplane or copter.
The MANDAS are aimed for americans

Why would they need MANPADS?

As far as I reckon , ISIL has no air force or air assets of any sort . So there is absolutely no need or justifications for introducing MANPADS to the war zone .If indeed these MANPADS are supplied by Iran , the Iranians need to come to their senses and stop providing any such destabilizing weapons to its proxies .

Iranian forces and equipment are getting invaluable battle test in Iraq against ISIS terrorists and by all independent accounts Iranian leadership, manpower and weaponry has acquitted itself well. This real battle test of the modern post Jange Tahmili Iranian military will be a watershed event in its future capabilities. General Soleimani and other Sepah officers (including the martyrs) should indeed be commended for their courage, patriotism and professionalism that even the US is now copying Iranian rapid mobility techniques with Safir jeeps, MLRS and small mechanized infantry units. A recent article stated that Iran has been producing the robust and dependable battle tested Safir at a rate of 3000 per annum since 2007 and there are different variants with 106/7mm RR guns, TOWS, Toophans, Dehlaviyeh (Iranian advanced Kornet), 107mm MLRS and minigun versions. All of these are low cost and very effective weapons in any asymmetrical warfare.

I am wondering how would people look after their personal hygiene if the armored personnel carrier goes a way and takes away that red 'Aftabeh' dangling from the back of the carrier.

It is possibly because of the ammunition drops that had been occurring the past couple of weeks. The Iraqi forces were complaining to US about it but it is not logical to be US and more likely International Arms dealers that are benefiting from the conflict and will sell to anyone buying. I believe these Manpads are against those Heli drops and aircrafts. I suggest you first consider all the issues and then complain. If Iran is providing them then he has the strings too pull when necessary,

There are other effective counter-measures to stem the flow of arms and aid to the takfiri terrorists that won't result in MANPADS ending up in the hands of militias . Stopping the proliferation of any such destructive and destabilizing weapon systems is the essence of war against terror . Let's hope that the Iranians are smarter than that and will use their due influence in Iraq to recover and disarmy such weaponry .

you must be joking if you think that the fourth-rate Iranian military is being copied by the US...which is 50 years ahead of those Iranian clowns

yes they are coping Iranian asymmetric base strategy
and every strategy need its own military equipments.
go check usa new design
1) small remote control boat (copy concept of ya mahdi unmanned missile boat)
2) Fast missile ship, some how copy zolfaqar fast missile ship
3) 1st in the world who used ucav (unmanned Combat aerial vehicle) what iranian in holly war, ucav concept started from here in the world
4) small trained group like sepah and hizbollah still usa unable to use except as a infantry, except for small number of elite unit.
5) ucav with concept of anti air heat seeker missile, mohajer with misagh-2, usa uav with anti-air missile still need to be seen.
6)some small number of UGV used in holly war, which usa did not use such concept in any war before 1980