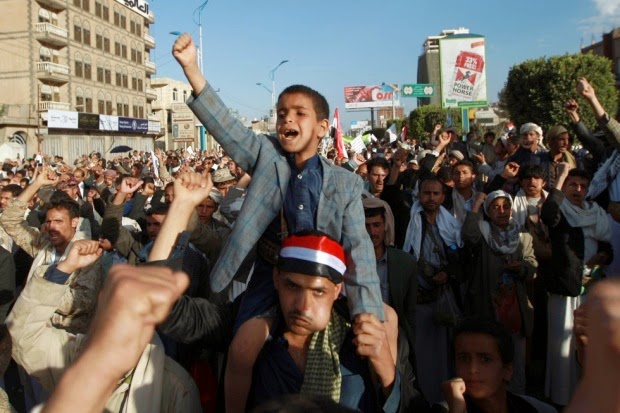 Iran will provide the Houthis with oil for the next year, a Houthi delegation returning from a two-week visit to Tehran announced. The delegation was headed by Saleh al-Samad, the president of the political wing of the Houthis. (Saba/MEE, 13 March)

Iran-backed Houthi militia seized power by force in Sanaa and dissolved the parliament in February. Houthi’s Revolutionary Committee president Mohammed Ali al-Houthi is now the de-facto ruler in Sanaa. But Yemeni president Abd Rabbuh Mansur Hadi eventually escaped to southern Yemen, and has formed his own parallel government in Aden.

Iranian decision to supply oil to the Huthis comes after Tehran began direct daily commercial flights to Sanaa, expected to facilitate the transfer of arms, equipment and cash to the Houthis to maintain control of Sanaa and northern Yemen.

The political situation in the country is getting tense. The World Bank announced on Friday that it was halting its activities in Yemen over security fears after Houthi militiamen opened fire on a pro-Hadi rally attended by thousands of people in the central city of Baida on Thursday, killing two protesters. Meanwhile, the UN special envoy to Yemen warned of a civil war in the country.

“If there is no agreement (between the two competing governments), the prospects are very bleak,” Jamal Benomar, UN special advisor on Yemen, told Aljazeera. (MEE, 13 March)

On Wednesday, the Houthis rejected a call for talks between the two governments to begin in Riyadh, saying the Saudis were not a neutral actor in the discussion on the country’s future.

South Yemen could potentially break away from Sanaa. It was an independent Communist state between 1967 to 1990, with Aden as its capital, when it reunited with the north. Hadi, a southerner himself, has so far blocked calls for secession. But with two competing governments in Sanaa and Aden, the impoverished country is rapidly polarized raising fears of a wider conflict in near future.

why shouldn't Iran give away its oil?

it can't sell it.


of course, Iran can expect that the Saudis will retaliate for Iran's continued subversion of the Gulf states and throughout the Arab states of the Middle East.

the theocracy likes to play dangerous games with the lives of Arabs.