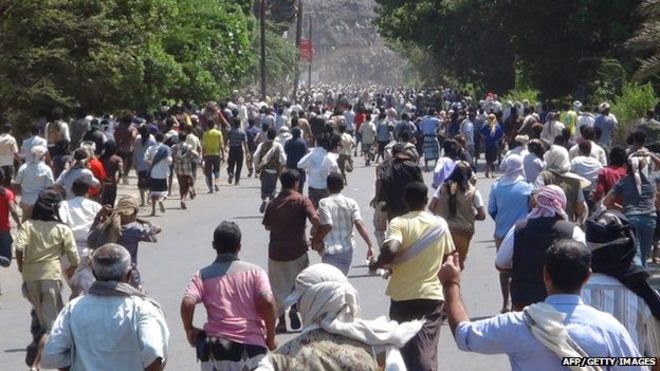 The Huthi insurgents, the AnsarAllah, are rapidly advancing on Aden and have surrounded the city, BBC reported. Gunfire could be heard around the city center. President Hadi has fled the palace, but he is believed to be still in Aden trying to rally anti-Huthi forces. The insurgents are also captured the city’s airport.

In a scene reminiscent of a revolution, the residents of Aden are storming army barracks to obtain weapons, but have so far been repulsed by the soldiers, BBC reported.

The Yemeni foreign minister has called for urgent military intervention by the GCC.