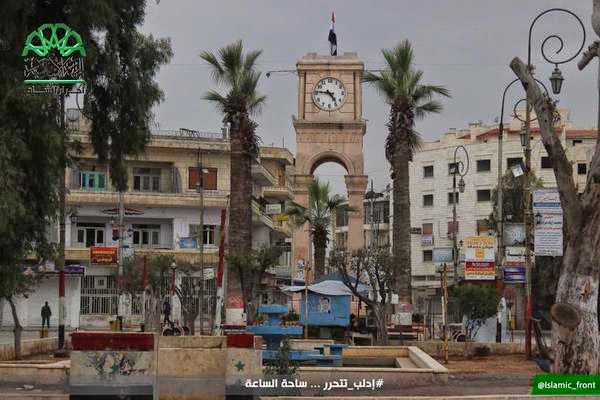 Syria’s Islamist rebels, including Ahrar al-Sham, Jund al-Aqsa and Nusra Front fighters, today captured the major northwestern Syrian city of Idlib. The city is the second provincial capital to fall into rebel hands. The first, Raqqa, is under control of ISIL. (BBC, 28 March)

Idlib, with a population of 100,000, is close to the main strategic highway linking Damascus to Aleppo, and close to coastal province of Latakia, a stronghold of President Assad.

The Syrian Observatory for Human Rights reported the rebels entered the city from several sides, with major push from north and west. The Syrian state television said before the fall of the city that the Syrian army was engaged in fierce fighting with the insurgents. 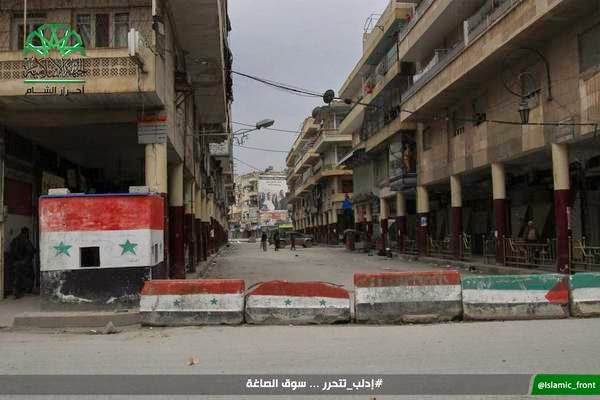 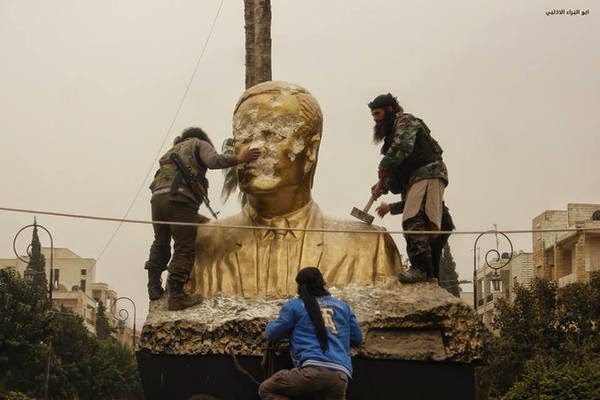 Top photos: By Ahrar al-Sham published on Twitter on Saturday show control of Idlib’s city center and market by the rebels (Twitter/@Charles_Lister)

Iran needs to stop wasting its resources on these murdering cannibals. Let them have their Wahabbi state. Iran is the only nation that is supporting Assad and Russia is simply gutless and will face the fate as Syria eventually if US strategy in Ukraine is an indication.

What the hell is going on? One minute REBELS/ISIL/ISIS is being bombed and nearly defeated.The next minute they capture two towns in Syria. I wonder if the betrayal of Assad is part of the "nuclear deal"?

ISIS is far from being defeated.... they can be pushed from place to place by highly concentrated firces, but they will simply re-form elsewhere.

the Assad thugs and their Iranians and Iranian-financed Lebanese thugs are not going to defeat the forces fighting against them and sooner or later someone on the inside will shoot Assad unless the family leaves Syria.

It is time for Assad and the Russians to recreate the previous entity (like before the 1925 ), where Alawites and others could leave in a peace on the coastal lands surrounding Latakia and Tartus.....