U.S. Secretary of State John Kerry has renewed confrontation with Baghdad for continuing to grant Iran access to its airspace and said Iraq's behavior was raising questions about its reliability as a partner. U.S. officials believe Iran is ferrying weapons and fighters intended for the Syrian government. Iran maintains its flights to Syria provide relief supplies of a humanitarian nature. For its part, Iraq states it has at U.S. insistence diverted certain Iranian aircraft for inspection only to find no weapons or fighters onboard. Below are file photos of specific Iranian aircraft (each with civilian registration) known to have made recent flights into Syria: 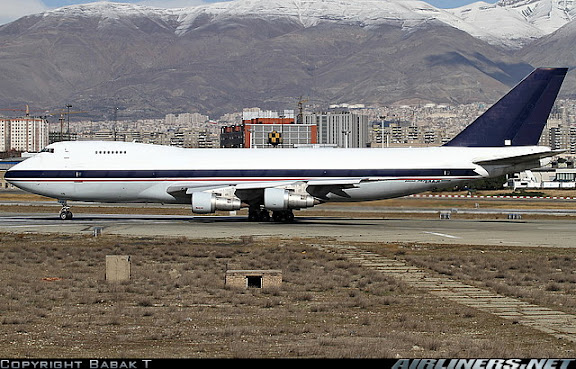 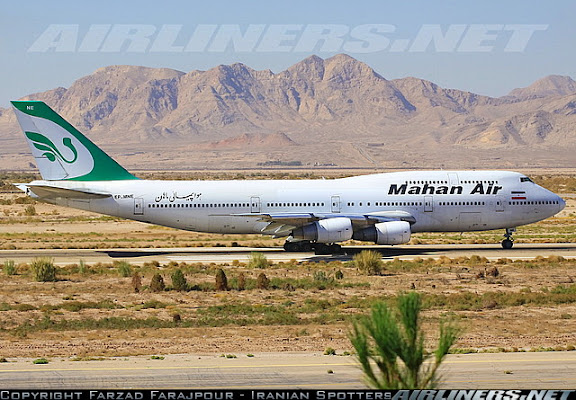 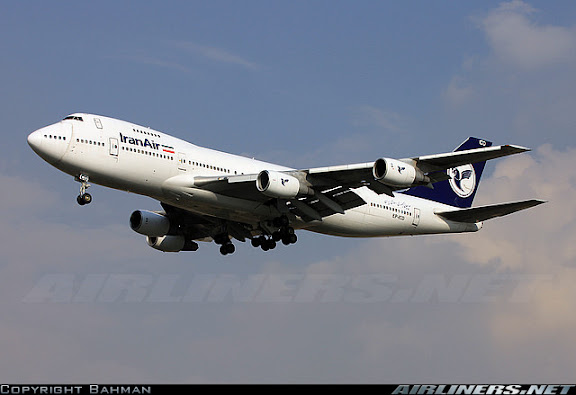 Photos: Bahman, Babak T and Farzad Farajpour at Airliners.net
Posted by Mark Pyruz at 3:32 AM

Poor Americans who believe the Salafis and the Wahhabis will be their partner in the region. Asad's presence was a gift to Israel. American politicians are really terrible at figuring out what works in their own interest. They turned Iraq into a close friend of Iran, "supported" or at least they claim they did, the uprisings of Arab countries which brought them Benghazi and now an anti-American Egypt, and more and more. Mark Pyruz wrote here if Obama had the vision of Nixon. I think he is absolutely right. Isn't it funny that most Americans hate Nixon, the man who made possible for America to become a superpower?

The Wahabbi freaks of corrupt Saudi and other puny Persian Gulf petro-pimpdoms simply don't have the manpower and guts to take on Syria directly and no other Muslim country like Egypt or Turkey will die for Salafi scum. The cowardly Qatari pimps are trying to goad the US into another quagmire that will literally destroy the deadbeat US economy with decades of blowback that will make the 1980's Afghan Jihadist payback look like a picnic in central park. US is being bled to death while China prospers and creates global trade and peaceful alliances from Asia, Africa to Latin America.

Hey, USA does not care about USA, only Israel matters. Open your eyes. As long as destabilizing Iraq, Syria etc will make them weak towards Israel, to hell with US interests. This is the game plan.
Even if the Islamists will be avowed enemies of Israel, they won't be as powerful as the Syrian military (that's why they aim to destroy it). All the coming Islamists will manage to be, will be just like Hamas, that Israel can easily deal with.
Right now, North Korea is threatening to nuke USA...but hey, where US attention is focused? Towards Syria!

As I know John Kerry was not suceessful
The Iraqi do not like their ex-occupant.
They donot do not like to overthrown Shia Syria Government by Al Kaida

No! That's quite an accurate statement. We just don't agree on the number. Like those who used to same the same thing about the Islamic Republic in Iran since 1980s. Assad's days are numbered, but the number is somewhere around 10'000. LOL!

What a bunch of Hypocrites...

CIA aids huge arms smuggling to Syria – report (http://rt.com/news/cia-arms-smuggling-syria-796/) According to the report: "160 military flights have landed in Turkey over the time", including Planes from Qatar.

It is noticeable that the captions with these photographs of Iranian aeroplanes make no mention of where they were taken. Maybe because they were not photographed in Syria?

This is a reply to Anon at 7:22AM
Iran has the right to support populations and the friendly governments of Syria and Iraq, that have been harrassed by terrorists sponsored by the West and the US.
The Americans are poor because they don't know what they vote for and because they are sufficiently brainwashed by their Zionist propagandists.

They hurt themselvess and mess the world with their stupidities.

They have decided to remove, from some of their high schools, requirements that the students in order to graduate from their high schools, have to get satisfactory scores from the mathematics and related subjects.
Their average scores lag behind scores in other developed countries of the world.
So conclusions should be obvious.

A gentlemen in the comment section claimed Assad will fall in 3 months. This comment was was made on January 15th, 2013. Hopefully that gentleman was not you, seeing as there are no indications of the imminent fall of Assad in the next few weeks or 100 days.

Despite over 30 years of sanctions and aggressions by the West, these photos illustrate how proficient Iran is today.

To maintain those airplanes in good flight conditions, it requires and proves that Iranians are masters of their destiny, and also prove that any sanctions will end in a failure...

Looks like Iran is putting US made aircraft to good use. LOL.

A senior Iranian lawmaker says the resignation of Syria’s opposition coalition chief is a sign of weakness in the foreign-backed militants fighting the government of President Bashar al-Assad.

On Sunday, leader of Syria’s opposition National Coalition Ahmed Moaz al-Khatib resigned from his post in protest against the institutional limitations of the foreign-backed body.

“Al-Khatib’s resignation is another sign of weakness and division in the opposition against the Syrian government and Bashar al-Assad,” the Iranian MP stated.

why quote a senile Iranian lawmaker....... why not find someone worthwhile instead of a lying donkey?