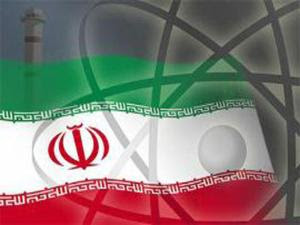 Reports from the marathon 13.5 hours talks in Istanbul yesterday indicate that the six powers gave Iran more details of their proposal offered in late February in Almaty, but Iran was reportedly not impressed, saying the offer still had “no balance” in what Iran was asked to give up to what it was getting in return, Christian Science Monitor reported today.

After Almaty talks in late February, Iranian foreign ministry had called the negotiations “a turning point.” If the reports from Istanbul are accurate, Iran is now qualifying its stance on Almaty talks, with less optimism that any breakthrough would be achieved in Almaty II next month.

Again the problem is the Anti-americanism in Iran; the sanctions will not be lifted if there is the perceived danger that Iran can fall back to its old attitude of calling every one else as 'enemy' ; that is why there will be no reciprocity or blanace if the regime does not change its political behaviour which is based on anti-americanism; so this talk about 'reciprocity or blanace' is misjuding the problem and that is again part of the problem ; the solution is in place if the regime understands that road to antiamericanism is blocked - without the possibility of any return; so they should not 'cheat' and misjudge the problem.

no the problem is an unbalanced proposal be the west. After Almaty Jalili said that it is unbalanced. If they want something from Iran they should give something at least with the same value.

Now to April 5,6 talks and more "Bedeh-Bestoon" or Negotiations...I prefer talks and negotiations to the alternative and have a feeling many in both capitals do share my sentiment.

Ceasing 20% enrichment is a huge concession from Iran. It ensures that nuclear weapons will not be made (I thought this is what the sanctions is all about?), while accepting such a deal could easily be interpreted as a political defeat for Iran. "Modest sanctions," whatever that means, doesn't seem to balance the scale.

I think another factor has come into play. While Iran has maintained consistent in its demands and rhetoric, America has shifted its goal from suffocating Iran with sanctions to seeking diplomatic means towards an end to the conflict. This shift in strategy could be interpreted by Iran as a change in America's strategic calculus, and naturally, Iran seeks to make the best of the situation.

Expecting Iran to surrender is as unrealistic as it was for the Germans in their similar expectation of Britain in 1940.

Speculations the there are "elites" and mixed signals in Iran, on the nuclear issue, lead to nowhere.

Position of the Supreme Leader, gives the correct vision on that issue, leading the nation in the right way, and calls for a logic from the Iran's adversaries...

About a week ago, the Assembly of Experts held a meeting which apparently discussed among other things the nuclear issues and endorsed position of the Supreme Leader in that matter.

It should be obvious to everybody that any partial agreement or suspension should be based on a dislosure of a date for the end of all sanctions and related conditions.
Otherwise there is a possibility that the Zionist will wait for "the coming" of Republicans and stall implementation of the agreement.

Iran will end up very much like Germany after WWII if they keep this nonsense up.

If the anti American propaganda is ended by the regime it will implode.
Just try telling Dracula to stop drinking blood.

yup. Iran is going to have to give stuff up and prove that they really have given it up before the sanction get lifted.

that's the price and it ain't much gonna change. Iran dug in and they're gonna have to pay to get dug out.

read the statement wit an open mind!!.IRAN is simply decrying balance,again another testimony on the part of IRAN showing sincerity and willingness!.JUST WHAT method have you used to arrive at the conclusion of 'anti-Americanism'?

So you seriously think the us will start a third war in the region,considering the way the last two turned out I very much doubt it,the us and its allies are not in the greatest shape economically as well as militarily to go picking a fight with iran,I don`t even think the israelis would be reckless enough to try it tho` I`m sure they`d fight to the last american

If you think that the regime has any sincerity then you might as well say Dracula is a Cross bearer and garlic seller.

Iranians wont fight for this damn regime anymore. Except for the very few idiots and numb skulls that pander to it.
To the regimes wishes there will be no war therefore it is destined to implode :o)

Problem is the regime has dug too deep to allow itself to be rescued.
They have one option left and that is to dig deeper and deeper until
they bury themselves in their own dirt.

That's the regime's problem and the Iranian people will have to deal with it.

The Obama administration ha no desire to go to war with Iran but the world has no desire to see the Iranian theocracy build nuclear weapons.

Its the west that has sanctioned itself out of any influence on iran,and its the west that has been forced to moderate its demands tho` these are still unacceptable to iran but they are getting there,the most the west can hope for will be a voluntary suspension of 20% enrichment in return for a lifting of sanctions,no closure of fordow,no shipping of irans 20% stockpile out of iran but it will be converted into trr fuel.The sooner the west accepts this the better for all,but I`m not holding my breath

Partiality aside, let's discuss this issue with facts and sincerity. Here it is: Iran is a signature to NPT-does that give her a right to enrich to 20% and to have Fordow wherever it wants or not?
If the answer is yes, which is correct, it is Iran that should impose conditions for voluntarily abandoning its rights. Isn't this a fair outcome? It follows that if the USA offers less that what Iran is demanding, Iran should be free to say NO. Isn't it?
I believe this is fair and intelligent. Those who are blaming Iran, have they checked whether their views are fair and intelligent? Or is it just a malaky?
The fact that you feel threatened by my big dick that one day I may plunge it in your wife's assets, does not mean that I should be castrated. Does it?

they're not voluntarily abandoning their rights. they're being pressured to do so and the pressure is being applied because the regime hasn't been honest and hasn't complied with their obligations under the NPT.


stop being a big dickerer.

AT 10:22
Just explain to me ( and please don't spin) how Iran hasn't complied with its obligations under the NPT?