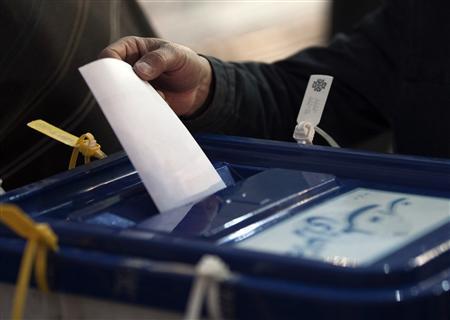 Iran’s presidential election is less than three months away. The first round of election will be held on 14 June, with a second run if necessary to follow soon after. The candidates for president are vetted by the Guardian Council, which has the power of rejecting the credential of any candidate. The Council’s decision cannot be appealed, although the supreme leader can overturn its decisions on the ground of regime’s expediency. There are strong signals coming from Tehran, however, that indicate the possibility of a more open election than was expected; open to different factions loyal to the regime.

A number of political personalities from different political factions and coalitions have already announced their candidacies or are expected to do so soon. And probably more important there are few who have not yet thrown in their names. Here we review the list of candidates and their political affiliations in the first of a series on the 2013 presidential election.

I. The Principlists: A general term defining different factions within the conservative/fundamentalist political movement. The main principlist factions and candidates are as follow.

The Trilateral Coalition: A powerful conservative coalition led by Ali Akbar Velayati, senior advisor to Khamenei; Mohammad Bagher Qalibaf, Tehran mayor and a former IRGC general; and Qolam Ali Haddad Adel, also a top advisor to and a relative of Khamenei. The three have said they will pick a candidate among them that will receive the most support in a national poll they intend to sponsor soon. They have also left open the possibility to support an outsider if none of them could receive substantial support in the poll. Velayati said last month that if a conservative “principlist” does not become Iran’s next president, it will be a “disaster” for the country.

Jebhey-e Paydari Enghelab Eslami (“Stability Front of Islamic Revolution”): Formed during the parliamentary elections in 2011, the Stability Front is a coalition of hardliners that includes a number of current and former senior officials in Ahmadinejad administration who broke with him politically and were supported by the ultra-conservative ideologue Ayatollah Mesbah Yazdi. They currently hold a number of seats in Majlis. The three people in the Front’s short-list for presidency reportedly are Saeed Jalili, currently the executive secretary of national security council and chief nuclear negotiator; Parviz Fattah, former minister of energy and IRGC general; and Dr. Kamran Lankarani, former health minister.

Rahpouyan-e Enghelab Eslami (“AvantGardes of Islamic Revolution”): Considering themselves as “reformists” within the principlist movement. Their candidate, Majlis member Ali Reza Zakani, has said if the presence of multiple priciplist candidacies in the race starts creating an opportunity for the reformists or centrists to win the election, he would withdraw in favor of a single conservative candidate.
Other Conservative Candidates:

Mohsen Rezaie, former IRGC commander and publisher of popular news site Tabnak. Rezaie is the only candidate so far who has started active campaigning in Tehran and provinces and had offered a platform. Fighting unemployment and inflation are his top priorities. He ran in two previous presidential campaigns but withdrew before elections in favor of a unified conservative candidate.

Ali Falahian, former minister of intelligence infamous for planning the terrorist attack against Iranian Kurdish leaders in Berlin (Mykonos), for which he was indicted for murder by German judiciary, and the chain murders of dissidents inside the country in 1990s. Falahian has said he was running for president after receiving large number of requests from the public.  Mostafa Pourmohammadi, currently the government’s Inspector General, a former minister of interior and deputy ministry of intelligence under Falahian. Also implicated in massacre of Iranian prisoners in 1988. After being dismissed as interior minister by Ahmadinejad, he became a vocal critic of the government.

Mohammad Saeedikia, former minister of Housing and Urban Development and perennial member of the cabinet in all post-revolution governments who now wants to head the cabinet.

II. Centrists/Rafsanjani Faction: The sixty million dollar question is whether Rafsanjani is going to run again for presidency. His entrance will radically change the dynamics of the race. Conservative candidates will have difficult time to launch an effective campaign against the charismatic elder statement of the Iranian politics. If he runs and is elected, he will be a powerful president that would be a co-equal to Khamenei; no one else in today’s Iran and among the candidates is in such position. We will examine Rafsanjani’s candidacy as part of the series of posts on the 2013 presidential election.

Hassan Rouhani, member of Assembly of Experts and Expediency Council has announced his candidacy. Rouhani is close to Rafsanjani and has said that he would withdraw from the race if either Rafsanjani or former president Khatami decides to run for presidency.

Rouhani was the secretary of national security council and chief nuclear negotiator during Khatami’s presidency. Rouhani led nuclear negotiations with EU troika (Britain, France and Germany) in 2003 that led to suspension of uranium enrichment and an agreement with EU. That agreement was later revoked by Ahmadinejad in 2005 when he became president that led to a number of UN, EU and US sanctions.

III. Reformists/Khatami Faction: As with Rafsanjani, if former president Mohammad Khatami enters the race, it would change the race dynamics, albeit less so that the entry by Rafsanjani. In the meantime a number of reformists have declared their candidacy but have said they would withdraw if Khatami, and in some cases Rafsanjani, run for presidency.

IV. Pro-Ahmadinejad Faction: The outgoing president openly, if not formally, has been pushing the candidacy of his political confident and former chief of staff, Esfandiar Rahim Mashaie. The conservatives as well as the centrists accuse Mashaie of leading a “deviationist” movement, combining elements of Persian glories of the past and Iranian nationalism with the teaching of Islam and the impending coming of Lord of Time, the Shia Hidden Imam or Mahdi; with some accusing him of preferring the Iranian nationalism over Islam. Ahmadinejad has also been accused to be playing a “Putin-Medvedev-Putin” game, trying to put Mashaie at the presidency to run again himself in four years.

It is still not clear if Khamenei and the Guardian Council would allow Mashaie’s candidacy. The Ahmadinejad/Mashaie team, however, despite being attacked continuously by the conservatives and centrists as a threat to Islamic revolution, still enjoys some degree of support among the less affluent across the country. And there are alternatives to Mashaie, if he is not allowed to run, among senior officials in Ahmadinejad’s camp.   Gholam Hossein Elham, the current government spokesman has held a variety of senior posts during Ahmadinejad’s two terms.  Ali Akbar Salehi, Iran’s foreign minister. Salehi is a graduate of MIT and previously led the Iranian team at IAEA.

V. Wild Cards: There are still number of potential candidates surveying the growing field for possibility of their own run for presidency. Chief among them is Ali Larijani, the speaker of Majlis. He could become a compromise candidate between the Khamenei and Rafsanjani camps if the two feel the necessity of working together to elect a candidate acceptable to both.

Khamenei thought 8 years ago that a turn to radicalism is the answer; that was a devastating decision; at that Point it was very clear that People reject his ideas; they wanted a Khatamie who stand up to him more forcefully; the question is now whether he understands what he has done ...

"There are strong signals coming from Tehran, however, that indicate the possibility of a more open election than was expected; open to different factions loyal to the regime. "

Such "expectations" were held only by persons maintaining erroneous beliefs in the weakness of "the regime." Personally, I'm not surprised one bit. Neither are the Leveretts. This is yet another example of "analyses by wishful thinking" being shown for what it is: flawed.

Also, as in the United States where political office holders as well as state and federal employees are required to swear loyalty to the Constitution, in a similar fashion so too candidates for Iranian political office are vetted. It's my belief that with a change in Iran's national security posture (such as U.S.-IRI rapprochement), this vetting procedure would be relaxed.

I've heard good things about Qalibaf from north Tehranis. They're very impressed by his mayorship of Tehran. In fact, they're hoping he doesn't run--they don't want to lose him as mayor of Tehran.

With 'strong' you mean they have guns; but from political point of view that is neither an indication of strength nor confidence - on the contrary; otherwise they would allow a real opposition to enter the race ...

Mark, hold your horses! Swearing to Islamic Republic constitution is not enough to pass the vetting process. This is a country that no one is sure yet if their own former president could be qualified to run this year! I certainly hope Leverets do not think the way you do, isn’t that too simplistic thinking that anyone swearing to the constitution will be allowed to run?

And this process of elimination of political opponents by the Guardian Council has nothing to do with the relations with the U.S., it is a byproduct of a totalitarian strand that has always been present in the past thirty years, even during the second presidential election in early 1980s.

Anon 1:17PM, The question is not "whether he understands what he has done", but question for you is, who's interests - Zionists and their puppets - are you taking care of....

As usual, an objective and thorough analysis of who-is-who of Iranian politics.

Process of elimination of political opponents (in Iran), by pres. Uskowi, is done by the Guardian Council.

But Mr. Uskowi will not want to recognize my arguments, that the political vetting in the US - is done on much larger scale by the Zionist's controlled media and money donors related to the Zionists and their symphatizers. Chances of both candidates in their last presidential election were determined and enhanced, by over $1 billion from the forementioned donors. Zionists with their symphatizers put an assessment of their contribition in ranges between 60-75%. And that situations repeats themselves in many local level electionstoo.

Mit Romney attended donors' party at the King David hotel in israel, with a presence of the US' congressmen...

My rethorical question is, are those Us kingmakers (with money) ever elected by a vote of people or their representatives, because the Guardian Council is elected with some connections to the representatives of population and a clergy that has support of significant part of Iran's population..

Of course, the Iranian elections are really open and fair, just as Mr Pyruz says.

Pyruz himself is planning on voting for officially approved candidate for president Maurice Motamed.

Last time I checked, we were blogging on Iran. If you feel the urge to discuss the political process in the U.S., you are on a wrong blog. There are so many great blogs on American internal politics. BTW, do you have anything to say about Iran’s upcoming presidential election, the subject of this post?