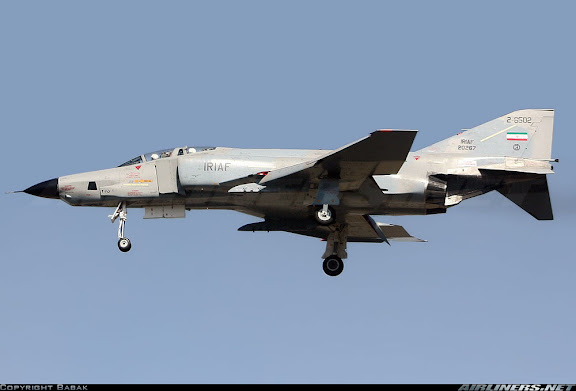 Reported by the Associated Press:


An Iranian fighter jet approached a U.S. surveillance drone over the Persian Gulf but broke off its pursuit after the pilot of a U.S. escort plane radioed a verbal warning, the Pentagon said Thursday.

He said the Iranian F-4 plane came as close as 16 miles to the drone before it departed.

Being a solo IRIAF Phantom, it's possible the aircraft may have been an RF-4E that encountered the USAF (or CIA) MQ-1 Predator, with both types involved in information gathering (provided the Pentagon report is accurate). Another possibility is the solo Iranian aircraft may have been an F-4E "Sharks of Bushehr" from TFB 6, possibly on a training mission. Impossible to say with any certainty given the very limited information available.

Iran's previous capture of a RQ-170 and ScanEagle, as well as a previous IRGC-AF intercept of a U.S. military MQ-1 demonstrates a heightened vigilance on the part of the Iranians in defending their airspace against adversarial UAV incursions. Likewise it appears the U.S. military is now providing fighter escorts for their MQ-1s over the Persian Gulf. 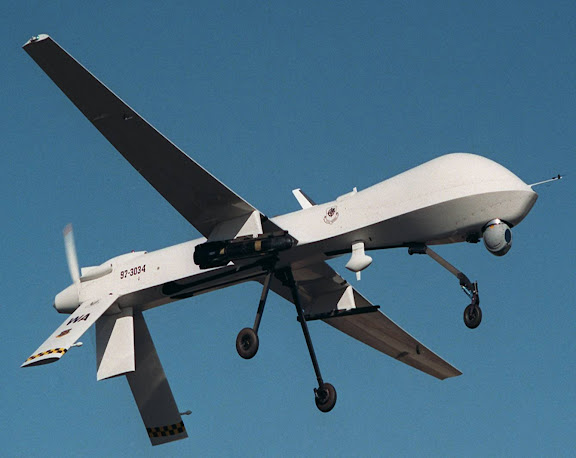 let the two idiots go and kill each other; China will be happy winner at the end

Mayb the US is escorting the drones to shoot them down if the Iranian's took over its control and literally hijack it from the US..???

That's what i was thinking.

Perhaps, but not in the near future, IRAN's highly-technology capability of downing those U.S.'s Unmanned Aerial Vehicles, with some upgrades and modifications of its electronic hardware systems, too, can possibly be used or applied, especially, to those Manned Aerial Vehicles of the U.S. and its life-term master, Israel. I hopefully guess.

any Iranian fire upon a US aircraft in international space will result in tragedy for Iran, mat.

If the USAF has to now escort every damn drone operating in the Persian Gulf with a pair of F-15's/16's...What the hell is the point of using an "unmanned" drone in the first place?

My own hunch is the F-4 ran into the American drone and friends by pure accident. They weren't tossing for a fight. It was a lone F-4, maybe unarmed. If the IRIAF or IRGCAF wanted to play, then F-14's/Mig-29's would have been sent up. At that point, the American "verbal warning" would have come across as an invitation for both sides involved.

Hah! Try a disaster for both sides..."Mate".

I think your appraisal is spot on Yossarian,tho` personally I have to wonder if this really occurred as it has the smell of bovine excrement all over it

Yoyo, a shooting war would certainly be good for no one but far far worse for the Iranian regime than for the US.

the US'll be stuck with having to back up the talk by reducing the Iranian military forces and invading Tehran, but the theocrats will be driven into the hills.

I'm afraid that Anon 1:33 is right. Theoretically speaking The US military could probably go to Tehran if they put in everything they got (except nukes)...though i don't think the higher ups in the US administration are that evil. But you never know, they gave the order to bulldoze Iraq into smithereens, so there are no garantuees as to what might happen to Iran in the future. It's the prospect of occupying the place and all the stuff they had to go through with Iraq is what keeps them from doing the same thing over again with Iran. There's almost no country able to fend of a military invasion by the US, with two exceptions, those are China and Russia. With that said, let's hope for peace to prevail.

Without a draft, and a MUCH larger regular Army, that ain't gonna happen. I used to be in the U.S Army, so don't try and blow smoke up my caboose. Dropping the 82nd Airborne into Tehran would be suicide. Supplying a land invasion from the Persian Gulf to Tehran would leave their supply lines open. Russia and China are irrelevant to the matter. Iran is just to big, and to armed to the teeth, and the U.S too broke. Another "Pearl Harbor" would be needed for a true American all out war, and that would probably involve a WWIII scenario.

Now, bombing Iran into the stone age is another matter.