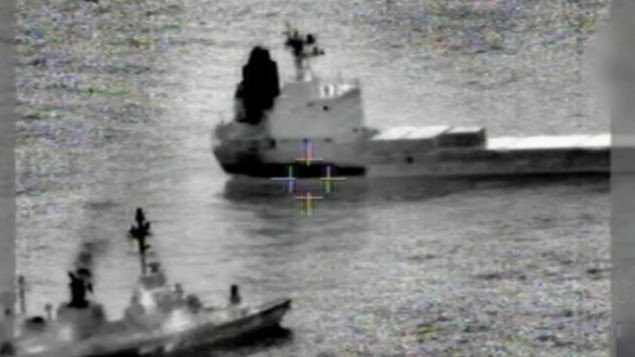 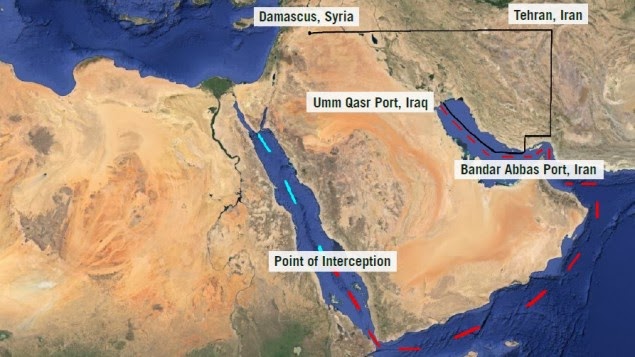 Israel and the U.S. coordinated intelligence and military activities leading up to Israel’s seizure of KLOS C laden with a cache of advanced heavy rockets allegedly headed to Gaza from Iran, the U.S. State Department said Wednesday.

“Soon after becoming aware of the imminent movement of the suspected vessel, the White House directed the Department of Defense to monitor the vessel and to develop concepts of operation for a range of options in order to be prepared to take unilateral steps if necessary,” State Department spokesperson Jen Psaki said in a press briefing Wednesday.

“This is part of, of course, a robust effort on the part of the Administration. We were closely coordinated, our intelligence and military activities, with the – with our Israeli counterparts, who ultimately chose to take the lead with this case,” Psaki added. (The Times of Israel/AP, 5 March)

Israel captured the ship near Port Sudan early today, with Israeli officials saying the naval operation followed heavy intelligence work tracking the missile shipment from Damascus to Iran and from there to Iraq before being captured en route to Gaza. (The Times of Israel/AP, 5 March)

Turkey was notified of the operation right after it took place, but before Israeli commandos had returned to their base, because most of the crew aboard the ship carried Turkish citizenship, according to reports in Israeli media. Panama was also informed right afterward because the ship was flying its flag. (The Times of Israel, 5 March)

Iran and Hamas have denied the report.

This is what the media has reported so far:


It is easy to prove or refute the facts about KLOS C movements, as maritime monitoring organizations register and update all cargo ships’ whereabouts on continual basis; records that are public. So we should be able to say for sure if the ship was in Bandar Abbas, for how long, and where did it go after that, the Iraqi port? If the existence of hidden rockets onboard the ship were true, it would make it unlikely that they were loaded onto the ship by the Iraqis.

And if all this reads like a spy screenplay, it’s because it mimics one!

Image credit: The route of KLOS C captured by the IDF, March 5 (IDF/The Times of Israel)