Armed Forces General Staff HQ Deputy IRGC Maj. Gen. Gholam Ali Rashid gave a speech in Dezful this week to war veterans on the commemorative occasion of Operation Undeniable Victory (March 1982), delivering a candid talk on a range of important issues. The first part of this brief post will discuss his comments on Iran's involvement in the Syrian conflict. Farther down, other issues brought up by Rashid will be addressed, including nuclear negotiations and regional foreign affairs.

In his speech, Maj. Gen. Gholam Ali Rashid stated that Syria's National Defense Front (NDF) has been modeled after Iran's Basij militia, confirming American intelligence assessments as far back as 2013. Rashid even went so far as to state NDF inception as an IRGC-QF recommendation that was accepted by Syria's leadership.

The NDF is organized similar to the Basij as a light infantry force, comprised of part-time volunteer reservists. The more secular complexion of NDF might at first glance appear as something of a deviation from Iran's Basij. However, reflected in the inclusive spirit of Iran's Tribal Basij in enlisting diverse Iranian elements. the Syrian NDF is predominantly drawn from Alawites, Christians, Druzes and Armenians. Interestingly enough, like the Iranian Basij during the Iran-Iraq War in relation to their Artesh counterparts, the NDF is considered more motivated and loyal than the attrition-depleted and replacement-filled rank and file of SAA.

The Syrian conflict has provided the IRGC with a lengthy, sustained period of tactical battlefield observation and experience not seen since the days of the Iran-Iraq and First Lebanon wars. In publicity photos from the recent Basij "Towards Jerusalem" exercises, a higher level of training is to be interpreted, particularly for the Tehran formation. Moreover, Iranian military thinkers must be reckoning their biggest land war threat is not an American GF invasion on a scale of or larger than OIF. Rather, the land war threat is more similar to examples found in Syria, Libya and Iraq (occupied and post OIF), where Basij-like rapid reaction formations would for Iran potentially play a critical role (as they are now in Syria).

It has to be said the Syrian conflict has provided a current generation of Iranian military tacticians with adaptive lessons learned, particularly on offense, to be applied toward doctrine and training for their own IRGC and Basij forces. Evidence of such taking form in Syria at a command level is reflected in their application of armor/infantry tactics for the urban battlefield, SF night operations, heliborne operations, UAV missions, force rotation management, logistics and more.

Maj. Gen. Rashid persisted with the official Iran position that there are no IRGC combat formations fighting in Syria, but that there are IRGC-QF advisors assisting Syrian military forces. 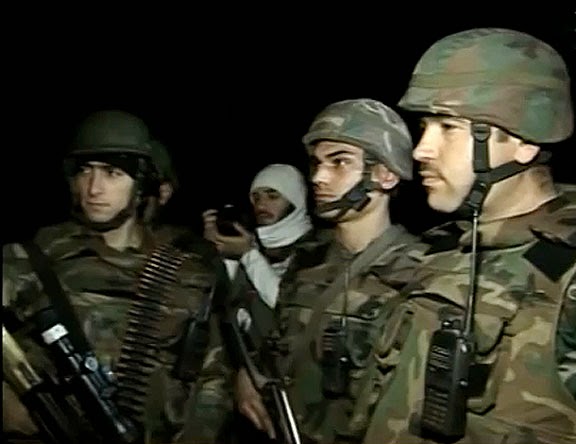 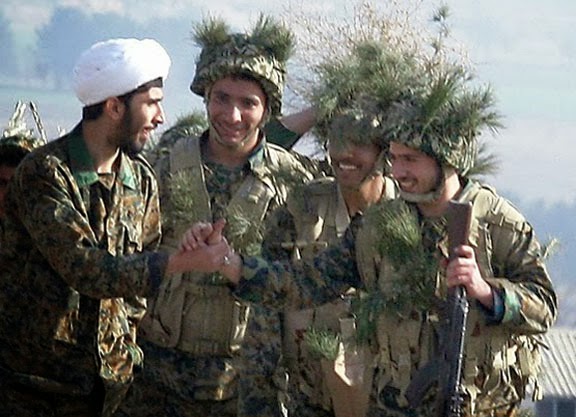 
Turning to the ongoing nuclear negotiations: like IRGC  Commander Jafari, Maj. Gen Rashid expressed what he termed optimism among respective Iranian officials. He went on to identify three scenarios for how the negotiations with P5+1 might pan out:

a) “The first is the [Rouhani] administration’s negotiations will resolve the nuclear matter. Officials are optimistic but consider it difficult.”

b) “If the enemy increases its demands these negotiations will fail, in which case they will put the blame on Iran using their media power.”

c) “Negotiations could make for a limited erosion of sanctions, where some would be lifted and a large part remain.”

Even so,  Rashid declared that even if the nuclear issue is somehow resolved, he expected the United States would pursue the "excuse" of human rights and alleged support for terrorism. He also identified a 65 percent voter or higher turnout in upcoming Iranian midterm elections as a sort of benchmark of success against American aims against Iran.

Rashid also commented on regional relations. He stated that if Iran provided 1 percent of the aid that various countries are providing against Syria, Bahrain would be able to achieve it's "independence."
The general expounded on a familiar IRGC theme identified as the "Salafist-Zionist axis," the generating of such he attributed to the rising influence of Iran in the region. 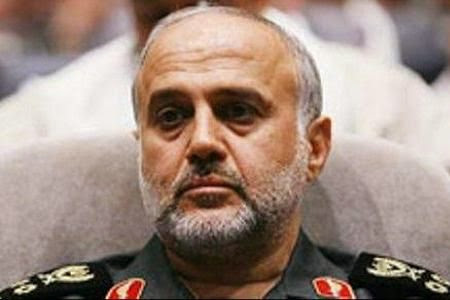