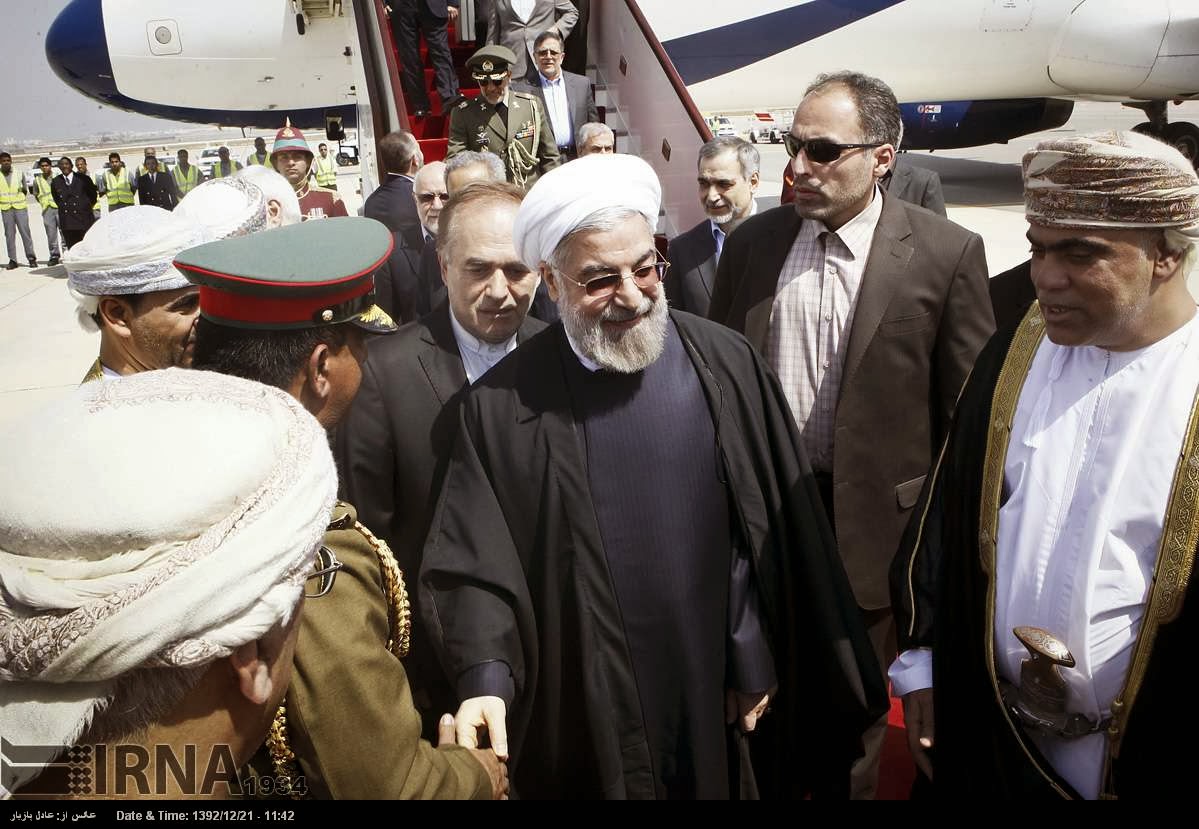 Iranian President Hassan Rouhani arrived in Muscat, Oman this morning on a 2-day official visit. He was welcomed at al-Alam Palace by Sultan Qaboos and other senior leaders of Oman.

Muscat has been the site of secret talks between Iranian and American officials prior to Geneva agreement and Sultan Qaboos has on many occasions played intermediary role between Iran and the U.S. He was the first head of state to visit Tehran after Rouhani took office, said to convey personal message from President Obama.

Sultan Qaboos has a big heart. What a man!

More than one can say about the other rulers on the Arabian peninsula...