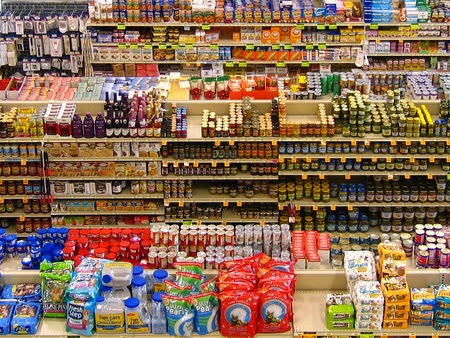 The prices for the month of February rose at 23 percent over the same month a year ago, the Central Bank of Iran reported today.

The so-called point-to-point inflation rate was at a two-year low, in line with Rouhani administration’s plan to cut the inflation rate during the new Iranian calendar year to under 25 percent (as opposed to 45 percent during the last year of Ahmadinejad’s presidency).


“There’s some degree of optimism in Iran,” said Sam Wilkin, an analyst at Dubai-based Control Risks Group. “Still, people are hesitant, and they’re not fully confident the recent (nuclear) deal will lead to more comprehensive opening.” (The Daily Star, 31 March)
Posted by Nader Uskowi at 8:34 PM

when a monthly inflation rate is something to celebrate at 23%, you know that the situation is completely ucked-fup

still is Iran inflation World-Champion.
They never learned to control the prices

as usual the many peole are not able to read and understand a short article
that is not monthly inflation , that is yearly from Feb 2013 - Feb 2014

As long as these towel heads rule there will never be "optimism in Iran".

The 23% is a so-called point-to-point inflation rate, here showing the percentage that the prices rose this February as compared to February of last year. It's a good indication of the trends, where the inflation is headed. If the point-to-point rate in January and December, for example, were higher than 23%, which they were, it shows a downward trend in inflation, and could have some predictive quality for future months. Hence I said that the February rate could be an indication that Rouhani administration's projection for an annual 25% rate in the new Iranian calendar year (that began last week) could be a correct estimate.