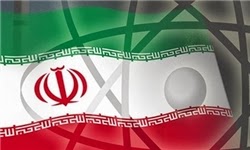 Iran and the six world powers ended their expert-level nuclear talks in Vienna on Friday. The meeting was held on the sidelines of IAEA’s Board of Governors session now underway, Fars News Agency reported today.

The talks in Vienna focused on specialized and technical issues, including issues related to Iran’s heavy water reactor in Arak. On March 17-20, the two sides will resume their negotiations led by Iranian Foreign Minister Javad Zarif and EU foreign policy chief Catherine Ashton who will represents the P5+1.

“The talks are very serious and substantive and useful,” the head of the Iranian delegation Hamid Baidinejad told Iran's Fars News Agency.