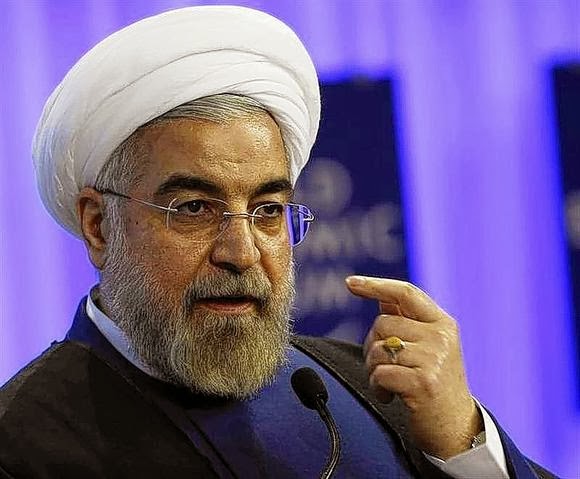 President Hassan Rouhani urged Iran's military leaders today not to make statements that could be interpreted as hostile to the West and Arab neighbors.

“Sometimes our talks and positions have important consequences. Even if we do not intend to start a war, they (the West and Arab neighbors) think that we want to fight and (our speech) is construed as a threat to them,” Rouhani told a gathering of general officers at MODAFL, Iran’s ministry of defense. (Mehr News Agency, 1 March).

“We must be very careful in our calculations. Launching missiles and staging military exercises to scare off the other side is not good deterrence, although a necessity in its proper place,” Rouhani added. “A misfire could burst into flames and wreak havoc to everything.” (IRNA, 1 March)

Rouhani then said that Iran’s new diplomacy is based on “reduction of tensions and trust-building. It is not based on tactical considerations and sloganeering.” (Mehr News Agency, 1 March)

“Iran is sincere in saying it is not out to attack anyone. Aggression is our red line. Weapons of mass destructions are our red line,” Rouhani concluded.

Lately, a number of senior IRGC officers have used increasingly belligerent language when discussing relations with the West. For example, IRGC Commander Maj. Gen. Ali Jafari said, “Our forefathers primed us for the final epic battle.”