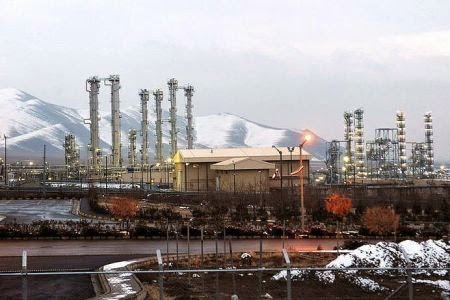 Director of security and safety at the Atomic Energy Organization of Iran (AEOI) has told Fars News Agency that authorities have detected sabotage at the country’s heavy water reactor facility and neutralized it before any damage was done.

Asqar Zarean told Fars that Arak IR-40 heavy-water reactor was the intended target of saboteurs, but Ministry of Intelligence and Security (MoIS) was “instrumental in uncovering the plot.” (Fars News Agency, 15 March)

Zarean did not provide further details. It was not known if the purported attack on IR-40 was cyber or physical. The country’s uranium enrichment plant in Natanz was the target of now-famous Stuxnet virus attack in 2010, which temporarily disrupted operation of its centrifuges. Tehran said at the time that the Stuxnet attack was part of a concerted campaign by Israel and the U.S. to undermine its nuclear program.

UPDATE: AEOI's Zarean said several operations "were performed mechanically at some pumps of the Arak IR-40 site's second circuit to disrupt the plant's process." He did nor give any further details. (Tabnak, 17 March)

Why so many acronyms for one organisation? I knew it as the VEVAK, But now I see it can be called MoIS, VAJA or MISIRI.