Crimea sanctions may provoke change in Russian position towards Iran 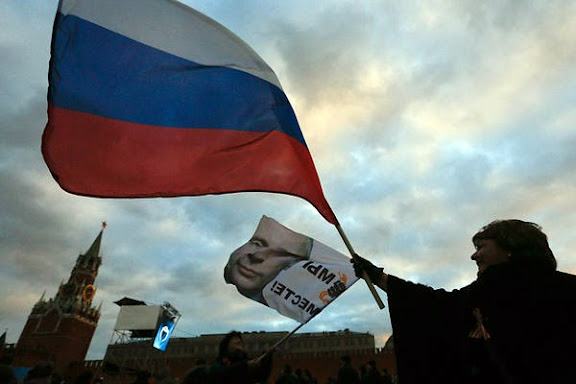 
Russia may revise its stance in the Iranian nuclear talks amid tensions with the West over Ukraine, a senior diplomat warned Wednesday.

Russia’s Deputy Foreign Minister Sergei Ryabkov said, according to the Interfax news agency, that Russia didn’t want to use the Iranian nuclear talks to “raise the stakes,” but may have to do so in response to the actions by the United States and the European Union.

Ryabkov, who is Russia’s envoy to the Iranian talks, said that Russia considers the “reunification” with Crimea as far more important than the developments surrounding the Iranian nuclear program.

“We wouldn’t like to use these talks as an element of the game of raising the stakes taking into account the sentiments in some European capitals, Brussels and Washington,” Ryabkov was quoted as saying by Interfax. “But if they force us into that, we will take retaliatory measures here as well. The historic importance of what happened in the last weeks and days regarding the restoration of historical justice and reunification of Crimea with Russia is incomparable to what we are dealing with in the Iranian issue.”

As far back as 3 March 2014 Professor Cole identified Iran and Syria emerging as potentially the biggest winners in the Crimean crisis. At his Informed Comment blog, Cole stated:


President Obama is threatening Russia with the same kinds of international sanctions Washington has applied to Iran over the latter’s pro-Palestinian stance and its civilian nuclear enrichment program.

Moreover, an attempt by President Obama to sanction the world’s 9th largest economy could well permanently blunt US financial power. Who would want the dollar as a reserve currency and who would want a US-dominated international currency exchange regime if you knew at any moment it could be weaponized against you? Russia and possibly China together could begin working on an alternative to US stranglehold over global finance.

Russia, China and Central Asia have formed the Shanghai Cooperation Council as an implicit challenge to the Bretton Woods institutions. Iran applied for membership but was only given observer status. If Putin feels that SCO has to up its game in response to US sanctions on the Russian Federation, perhaps he’d push to admit Iran.

If Russia is pushed further into Tehran’s arms by US sanctions then ironically Bashar al-Assad and Sayyid Ali Khamenei may be the biggest winners of the Crimean crisis.

The Russians have even begun adopting certain Iranian characterizations, with no less a figure as Putin referring to positions taken by the U.S. and the EU in terms of "arrogance, hypocrisy and pressure."
Posted by Mark Pyruz at 1:09 AM

A good sign would be S-300 deliveries and a few squadrons of SU-30 to show some tangible Russian change, not just hollow manipulation as Putin feels the squeeze. Russian duplicity and arrogance has caused Iran enough pain in the past. Let's see some real change tovarish Putin.

Saw a clip of the Vienna talks concluding press conference on DW television news. Anyone else notice FM Zarif's near swagger as he approached the podium?

The suffering of Iranians is like a rap video for your entertainment. Look at dat swagg!