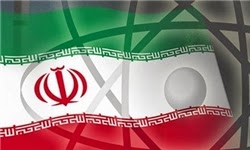 Iran and six world powers met in Vienna today to continue their talks on a permanent nuclear agreement. Iranian Foreign Minister Javad Zarif met with EU foreign policy chief Catherine Ashton in the morning, shortly before the full delegations sat down together. The negotiations will end late on Wednesday, giving the Iranian delegation time to return to their country for the start of the Iranian New Year on Thursday.

China’s chief negotiator at the said the key elements that should be included in the permanent deal is the major topic during today’s discussions.

"The focal point of the talks is about what elements should be included in the comprehensive deal," said Wang Qun, China's chief negotiator. (Xinuha, 18 March)