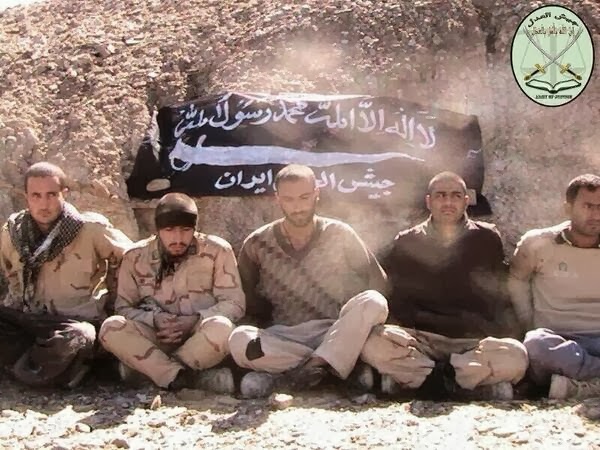 Iranian Interior Ministry said today that the five border guards abducted on 6 February by Baluch militants are still held by their captors. Last week, IRGC Brig. Gen. Massoud Jazayeri, Armed Forces General Staff deputy for Basij Affairs, had announced that the guards, believed to be held in Pakistani Baluchistan, were rescued during a Pakistani military operation.

The militant group Jeish al-Adl (“Army of Justice”), the apparent successor to Jundallah, has claimed responsibility for the abductions, and in statements posted in its website has set several conditions for their release, including the release of its 50 prisoners in Iran, as well as 50 female militants and 200 other Sunni militants imprisoned in Syria. (Fars News Agency, 4 March)

Photo credit: A photo of five Iranian border guards held by Jaish al-Adl, presumably held in Pakistani side of Baluchistan; published in group’s website on 9 February.