IRGC Put in Charge of Border Areas with Pakistan

UPDATE: IRGC to Give ‘Crushing Response’ to Abductors 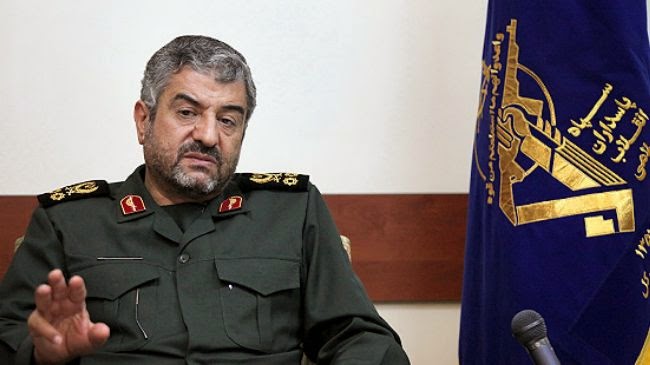 UPDATE: IRGC director of public relations, Brig. Gen. Ramezan Sharif, told reporters in Tehran on Sunday that IRGC is “planning to give a crushing response to the abductors of Iranian border guards after taking control of Saravan borders in Sistan and Baluchistan province.” (Fars News Agency, 30 March)

Gen. Sharif’s announcement confirms the expectations that the IRGC’s move to militarize the border security, away from law enforcement agency NAJA, would mean it was planning a military incursion into Pakistan to conduct search and rescue operations.
-----
Below is the original article posted here on 29 March.

IRGC Ground Forces (IRGC-GF) was put in charge of security of a 300-km stretch of border with Pakistan. IRGC-GF’s southeastern headquarters in the city of Saravan, the so-called Quds HQ (not to be confused with IRGC-QF), took over the responsibility from Law Enforcement Forces (NAJA) and its border patrol unit, Fars News Agency reported today.

Last month, five border guards were abducted in that area by the Baluch militant group Jaish ul-Adl, and reportedly transferred to the Pakistani side of Baluchistan. Jaish ul-Adl has since executed one of the guards.

“The IRGC's Quds Headquarters has been commissioned to ensure the security of 300 kilometers (186 miles) of Iran's border areas in the Southeastern city of Saravan in Sistan and Baluchestan province in a bid to step up security in the region,” Jafari said. (Fars News Agency, 29 March)

Gen. Jafari’s visit to the region came amid growing expectations that IRGC Special Forces, the Saberin, supported by IRGC-GF units, will soon conduct search and rescue operations inside Pakistani territory to free the remaining abductees.

The Iranian government, however, has been pressuring Pakistan to take the lead in freeing the guards before any military intervention across the border. It is not known if the IRGC or the Pakistanis know the exact location where the guards are being held.

It is about time to use the IRGC, as the Paki Baluchistan is literally in flames. Just reading the Baluch Liberation Army website and Paki media today, it seems like there over a dozen major attacks on the Pakistani occupation forces in Baluchistan including the destruction of their radar base at Pasni, an attack on the Frontier Force in Quetta, destruction of NATO oil tankers, and the kidnapping of 7 Paki Punjabi soldiers near Chaman (the border). The whole Paki Baluchistan is now a free fire zone and Iran must secure its border and deploy as many resources as possible. The Pakistani failed state is falling apart and there will be a spill-over into the Sistan side if the Wahabbi terrorists are squeezed on the Paki side by Baluch freedom fighters. The endgame in Afghanistan is also nearing the ISI has also increased the tempo of attacks in Kabul by its proxy taliban.

Iran faces the most serious threats from its eastern flank and the move by the IRGC is the first logical military step, and it should be followed by tangible political and economic moves in Sistan and well as economic pressure on Pakistan which will face additional problems with an extremist BJP Hindu political party poised for victory in the Indian election. Mr. Modi the incoming PM has pledged to remove Pakistani state sponsored terrorism once and for all, Iran should coordinate its polices with India.

I suggest you refrain from using the word 'Paki' which is a derogatory and racist term, in par with word 'Nigger' , used in UK to degrade and humiliate people of Pakistani, Indian and also Middle Eastern descents.

Agreed with reader's objection for the use of racist and derogatory terms. More than anything else, it's demeaning to the writer of such terms. We will not publish such comments if repeated.

But back to the topic: Iran's problem is not with Pakistan, and does not need India's help to "remove" the Pakistani state. Iran's problem is with its own Baluchistan province. Law enforcement will not solve the problem; Tehran needs to rethink of its discriminatory policies against the Baluch and starts a series of serious multi-year development plans for the region.

On law enforcement: IRGC is posed now to take over the security in Baluchistan, probably along the same lines as its activities in Kurdistan; that appears to be the long-term plan. The IRGC buildup in the short term, however, could also be an indication of possible military incursion into Pakistan to free the remaining hostages.

The long-term implications of the new policy is that IRGC would now have to be involved simultaneously in two fronts: Baluchistan as well as Kurdistan. That's a costly and somewhat risky move for IRGC.

Reader can babble about anything. But the terminology used by annon 10:18PM is fine. Given a set of p[arameters one can argue about latest nature of any post, be it personal, sexist or racist. Paki is a term used in UK to refer to certain people much like paddies for Irish or hagis for Scots. Australiand call English poms or pomiies. So we can sit in here and divert from the real issue because someone is either pakistani himself or that BMA writing as reader.

Back to the point. I disagree with your point that if Iran pumps money to Baluchies it is going to be all rosy. Much like Afghans who have a culture of drug for money, Baluchis or others are no different. So why we don't have terrorism from Gashgaies or Bakhtiaries? Are they looked after better than Baluchies? There are dozens of minorities in Iran but bar Arabs, Kurds and Baluchies others don't go around shooting border guards and run for cover. If you think that money is a solution for these hopeless people, then you are laboring under misapprehension sir!

I suggest you educate yourself by reading the following article:
http://news.bbc.co.uk/1/hi/6740445.stm

There are no racist overtones in the term Paki, it is calling a Canadian Canuck, Japanese Japs and white Americans Yanks (short for Yankee). Let's not get too parsimonious and sensitive lilies, rather than debate the real issue which is Pakistani sponsorship of terror in the region and providing mercenary forces for Saudi Arabia, UAE and Bahrain. The attacks against Iran are solely conducted by the ISI and its proxies at Saudi pimps behest.