Court Martial and Dismissal from Service 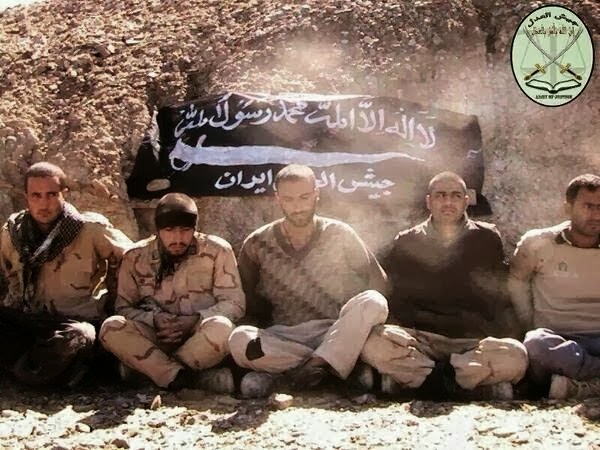 On Saturday, a member of Iranian Majlis National Security and Foreign Policy Committee told reporters that the abducted guards were expected to be released before the start of the Persian New Year (21 March) through “negotiations and agreement” with the kidnappers.

Gen. Zolfaqari also criticized the Pakistani government and intelligence services and said they should intensify the security forces along the border.

The guards were abducted in the Jakigour region in Iranian Baluchestan on 6 February and are believed to have been taken to the Pakistani side of the border.

The Jaish-ul-Adl tweeted on 26 February that its religious court has sentenced the five Iranian guards to death.

If I screw up at work, guess what? I am fired! And so should the imbeciles responsible for this fiasco.

Making a mockery out of an under-equipped but otherwise brave men and women.

These guys were caught asleep at their post and don't have anyone to blame but themselves. In terms of equipment they were well armed with asault rifles and a PKM Machine gun. Had they had one guy up on sentry they would not be in the predicament that they find them selves in now. They could have been equiped with all kinds of top of the line kit like Body armour,thermal optics, gps ete... it still would not have helped them out because they were max relaxed just chilling in their tent and all that kit would have fallen into the hands of their captors.