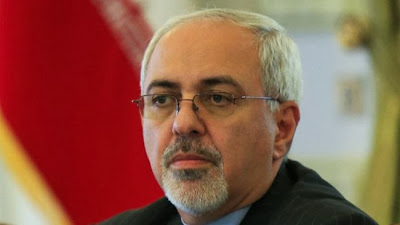 Iranian Foreign Minister Javad Zarif said in an interview with Time Magazine if the U.S. Congress imposes new sanctions on Iran, the Geneva Agreement would be dead, Time reported on Monday.

Asked by Time what happens if new sanctions don't go into effect for six months, the duration of the interim agreement, Zarif replied that, “The entire deal is dead.” (Time/Reuters, 9 December)

“We do not like to negotiate under duress,” Zarif said. “If Congress adopts sanctions, it shows lack of seriousness and lack of a desire to achieve a resolution on the part of the United States.
“I know the domestic complications and various issues inside the United States, but for me that is no justification. I have a parliament. My parliament can also adopt various legislation that can go into effect if negotiations fail,” Zarif added. “But if we start doing that, I don't think that we will be getting anywhere.”
The White House said last week that it opposes any effort by members of the U.S. Senate to impose new sanctions against Iran, even if the new restrictions would not take effect for the next six months.

The six-month interim agreement is designed to give the two sides time to negotiate a comprehensive final agreement to ensure the non-military nature of the Iranian nuclear program.

perhaps the jackass should know that Congress can not impose further sanctions if Obama opposes them.

as president, he can veto any legislation rather than signing it into law........ and the Senate would not vote to override any such veto.

The nerve of this person to compare his terrorist Parliament to congress.

You will get nowhere with iranians until you put them in their place.

Obama can veto any legislation, but if the new sanctions were included in a broader defense spending bill this month, as some expect, a veto would be playing with political fire. Determined senators might find a way to bundle them in with other laws the President wouldn't want to stop.

So sorry, seems you are the jackass here.

Yeah,and the types of people that support these islamic creeps are saying that anybody that opposses Iran's attempt to get close to the US is "anti-Iran",LOL !

You get nowhere being a racist knuckle dragger.

Just let the angry retard spit out his blatant rage and frustration towards the 100% diplomatic, inherently non-military compromise that was freshly agreed. The "badbakht" must thave been dreaming every night of a Shock & Awe or even a nuclear campaign flattening the whole of Iran for the last 10 years of so. Show a little bit of empathy folks, it must have be very hard to acknowledge the defeat of the warmongering clan of which he's most probably a prime fanboy on such a hot issue. Get over it already dude, and while you're at it, get a life too. That is assuming it's within reach of the few abilities you might have, of course, and I may be a bit overoptimistic by doing so. Still, well said, anon 7:32 :-)