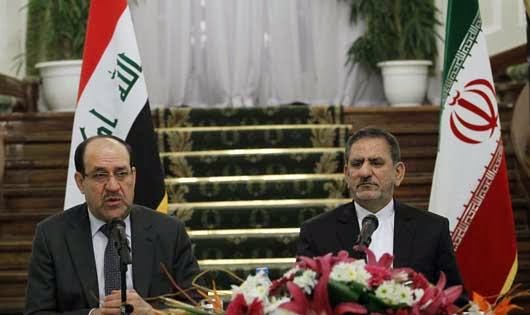 Maliki’s spokesman, Ali Mussawi, told reporters in Baghdad before departing for Tehran that the talks would focus on energy cooperation between the two countries. (AFP, 5 December)

However, it is expected that the Syrian conflict to top the agenda. Iran is a key ally of Assad’s regime, and Iraqi Shia militant groups are fighting under the Iranian direction in Syria. Iran is also using the Iraqi airspace to supply arms to the Syrians. But the Syrian conflict has spilled over into Iraq, with the country suffering from a surge in terrorist attacks by the Islamic State of Iraq and the Levant (ISIL), an Al-Qaeda affiliate heavily involved in Syrian conflict.

Also expected to be discussed is the status of MKO militants at Camp Liberty near Baghdad. In September, during a terrorist attack on Camp Ashraf, more than 50 unarmed members of the organization were killed. The Iraqi government has not yet identified the group behind the killings, but Iran is suspected to have ordered the attack.

Maliki is also scheduled to visit Mashhad, a Shiite pilgrimage city in the northeast Iran.

Meanwhile, Iran and Iraq were at odds today at OPEC, with both fiercely backing their respective candidates to become the next secretary general of the organization. Today’s meeting in Vienna ended with neither of the candidates able to muster the majority vote.

"But the Syrian conflict has spilled over into Iraq"

Many of the Takfiri veteran fighters crossed from Iraq, where they had been unsuccessful, into the Syrian conflict, for which they were combatants from the onset. There they became revitalized through Gulf Arab patronage, and expanded the conflict back into Iraq. It's something of a loop effect.