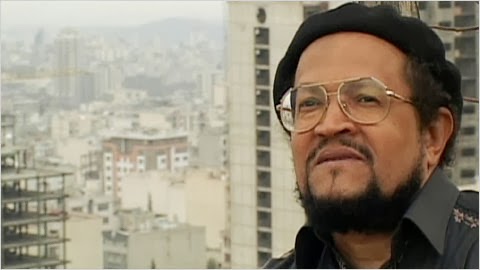 Robert Levinson, the CIA contractor who disappeared during a trip to Iran’s Kish Island in 2007, had reportedly traveled there to meet with Dawud Salahuddin, an American who fled to Iran in 1980 (a.k.a. David Theodore Belfield and Hassan Abdulrahman), The New York Times reported.

Salahuddin, who was at the time working as a security guard at the Iranian interest section in Washington, killed Ali Akbar Tabatabai, an Iranian opposition activist living in exile in Bethesda, and soon fled to Tehran by way of Canada and Switzerland. He later described his action as an “act of war” on the opposition and not murder. He has since worked in Iran as an English teacher, a war correspondent and a web editor for an English-language TV. He even acted in a feature movie in 2000 by the famed Iranian director Makhbalbaf called Kandahar.

Robert Levinson, who had worked on money laundering cases by Iranian officials, had made arrangements to meet with Salahuddin at Kish Island (an Iranian free economic zone requiring no visas to enter). Salahuddin, who had been outspoken about his opposition to government corruption in Iran, was apparently ready and able to provide valuable information to Levinson. They were going to meet at Maryam Hotel in Kish.

File photo: Dawud Salahuddin in a still image from a 2006 documentary. (The New York Times)
Posted by Nader Uskowi at 8:30 AM

So it proves that the West will basically to strive for an undermining of the Islamic system, before it will plan any military actions, which don't have chances due to reason previously described in my previous comments, providing that they were not deleted by the authors.

Those facts with Levinson, may deny assurances by the administrations that the are not seeking "a regime change" in the Islamic Republic.

One info about Levinson states, that he was very talented in discoveries and a creation ...of informants.

The administration you are referring to came to power in 2008, and signed the interim nuclear deal with Iran last month. Levinson episode happened before even Obama was a candidate. FYSA.

Obama’s stance on “regime change” is clear, please look at our post on Obama’s speech during this year’s Nou Rouz.

UPDATE: Iran's FM Zarif has said the government has no information on Levinson's whereabout, something extremely hard to believe, unless he does not count IRGC, MOIS and other intel branches as parts of the Iranian government.

What is extremely hard to believe? Are you implying that the fcoreign minister of a country should be briefed on all aspects of security work? When the US denied any link to this guy whereas it turned out to be untrue, why cannot Iran choose the same path? The was a spy. Went to collect information about corruption in Iran on the surface. Below he was trying to recruit that Dawud Salahuddin to be a spy on Iran's nuclear program. I don't think and neither I believe that this guy was interested in discussing corruption of Rafsanjani and others. There was no need to go to Iran for that. A simple Google search would have turned up tons of info. Besides what was the end result/deliverables from his mission to meet Dawud Salahuddin? It was to recruit him as a spy with a promise of back to homeland.

"(Meeting) Dawud Salahuddin? It was to recruit him as a spy with a promise of back to homeland." How do you know? And is he in Iran? The iranian government denies that.

on one side you are asking me "How do I know" and the other side you claim that the foreign minister should know it! i.e. as you stated and I quote "something extremely hard to believe.."

I guess you have heard of balance of probabilities? I explained that the American went to persuade the murderer Salahuddin to exchange info in return to US. Give him a chance he wants to go back to some civil life, the one that you have taken for granted for so long!

No, I was not trying to be sarcastic, just wanted to be sure if you had information that had escaped us. Thanks for the explanation.

Salahuddin should be caught and hanged as a murderer. There should be a bounty on this mans head because of the murder of a Iranian citizen.

My lenghty reply to the 4:41PM author's comments has not been posted.

It is example of a censorship and fear of facts, caused by a reality that the author's propaganda tries to "survive on manipulations.
He even has no a courage to post an information, that my comment was deleted.

You've been posting many lengthy comments on this blog for the past couple of years. If we haven't published a comment, it could only be that it was mainly a personal attack on the authors or other commentators, not because of its information or analysis. It's best that you stop your psychoanalysis of the author and instead concentrate on political analysis of the subject on hand. Thanks.