Note: An earlier version of this post appeared on Wednesday 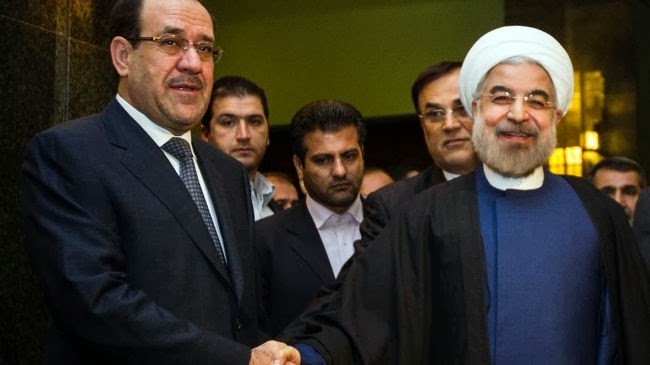 Rouhani also called for expanded economic cooperation between the two countries as well as joint efforts to help put an end to the crisis in Syria. (IRNA, 5 December)

Iran is a key ally of Assad’s regime, and Iraqi Shia militant groups are fighting under the Iranian direction in Syria. Iran is also using the Iraqi airspace to supply arms to the Syrians. But the Syrian conflict has spilled over into Iraq, with the country suffering from a surge in terrorist attacks by the Islamic State of Iraq and the Levant (ISIL), an Al-Qaeda affiliate heavily involved in Syrian conflict.

Also the status of MKO militants at Camp Liberty near Baghdad was expected to have been discussed. In September, during a terrorist attack on Camp Ashraf, more than 50 unarmed members of the organization were killed. The Iraqi government has not yet identified the group behind the killings, but Iran is suspected to have ordered the attack.

Maliki will visit Mashhad, a Shiite pilgrimage city in the northeast Iran, at the end of his talks in Tehran.

Meanwhile, Iran and Iraq were at odds yesterday at OPEC, with both fiercely backing their respective candidates to become the next secretary general of the organization. Yesterday’s meeting in Vienna ended with neither of the candidates able to muster the majority vote.