Hits Back at Israel over Geneva Agreement 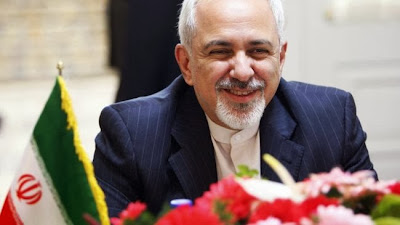 Iranian Foreign Minister Javad Zarif has told Al Jazeera's Talk To Al Jazeera that there were no secret talks with the United States that led to the Geneva agreement.

“There were no secret back channels, we had discussions with the Americans on the sidelines of P5+1, extensive discussions, and these discussions produced this deal, in addition to the very serious discussions we had within P5+1. Oman has played a significant role in the past with regards to clarifying positions of the US on Iran. His Majesty Sultan Qabus paid a visit to Iran, and used the opportunity of his meeting with the Supreme Leader in order to clarify the US position on the issue,” Zarif said. (Al Jazeera, 3 December)

Zarif also accused Israel of using their opposition to the Geneva agreements between Iran and P5+1 talks as a “smoke screen” to divert attention from Palestine.

“If this deal is to ensure Iran never produces nuclear weapons which is the aim of this deal and it’s an aim that we share, why should they (Israelis) be worried, other than the fact that they have been trying to use the smoke screen in order to evade and divert international attention from their atrocities against the Palestinians, their daily violations of most basic tenets of international law and the fact that they remain the single most important security threat to this region and to the world,” Zarif said. (Al Jazeera, 3 December)

If the Iranian regime acts properly, there is every possibility of improved relations with the west, and who knows, in 20 years Iran's relations with the west might return to what they were under the Shah, and bring the related economic success that comes from such a position (such as a 7 tomans per dollar exchange rate). The reason why it will likely never happen, though, is that for such improved relations, Iranians would have to realize that they wasted many decades with a disgusting terrorist regime of ignorant mafioso thieves, e.g. Khamenei and his family, and those mafioso thieves would never ever allow Iranians to come to this conclusion.

Who EVER lives with hate shall die with hate-
WHO ever lives with hate is always a loser -
Who ever lies and spreads hate and uses all tricks in the books to win is worse than a devil!.
He is blind that who can not see yet miserable is the one who blinds his intelligence with hate!!.

@-If i had the time i would show you all private businesses of all Leaders in the whole world starting from -The Bush family to the Holy Netanyahu ,Putin ,the Royal British Family,all kings and Presidents ,Bishops, Men of the cloak,Generals and name them!!.From here you would know Reuters only fool people like you

@-Turning to terrorism ,i would first attempt to show you how cruel and inhuman terrorists are!,i would go further to show you graphic images of many victims of terrorism.Yet in the end i would turn to you for a question ,who arms these terrorists?.I mean where do AL Qaeda get their tools from? to be more clear to you i mean why don't the global media tell the world the country of origin for the suicide vests used by terrorists WHEN THEY STRIKE ! they are manufactured in the West YET they wont say IT lest people know who the real terrorists are!.

But because you are a frustrated looser ,listening to you is good than the opposite!.

I agree with your statement. But the truth of the matter is that. as you said, the Iranian regime doesn't want to befriend the West, because the rulers came into power with an anti-western agenda. In 1979 Khomeini officially made an unchangeable decree, that the Iranian nation and its people will from now on be the lead enemy of America and England. The current Supreme Leader cannot make a decision to reverse it, even if he desired. The only reason for coming to the bargaining table is that the establishment and the Iranian population is now feeling the heat of the sanctions. Thus they merely want to do that which is minimally required of them and hope for some easing of the sanctions, preferably the reintroduction into the world banking system and the lifting of the oil embargo. They don't care particurarly for all the other sanctions, as the country was prospering even up until the summer of 2012 (that was when the heaviest sanctions were applied).

In my opinion, Salehi (who took part in the secret meetings) is a better diplomat. He's certainly more intelligent and I dare say, courageous.

Is that instead of the "moral" use of illegal wars of aggression and bombing by drone, against civilians around the world?

BVDs sez---
Who EVER lives with hate shall die with hate-

and it's Khomeini's ugly, angry face that comes to mind

That Does not matter; losers cry; that is what they do; the point is about creation and construction; and there you realize that Islamic terrorists and parasites are not capable of constructing anything valuable (like science, technology and art); so happy moral farting - that does not change anything in the reality ...

AnonymousDecember 4, 2013 at 1:57 PM
And blind westoxicated people like you will ignore all the wars,dictatorships,terrorism and blood thirsty hypocrisy that america and its allies have been responsible for just in the middle east alone,never mind the rest of the world,but hey why let unpleasant facts get in the way of your happy pro western delusion

Removing Saddam Hussain and Taliban was very good for Iran; Islamic republic could not do that by it self; but hey, I guess it is to much for you to say thank you ...

I agree.Khomeini was the one who introduced hatred and everything that is ugly and vile into our country.

More doublespeak from the warmongerers and hasbara shills commenting here.