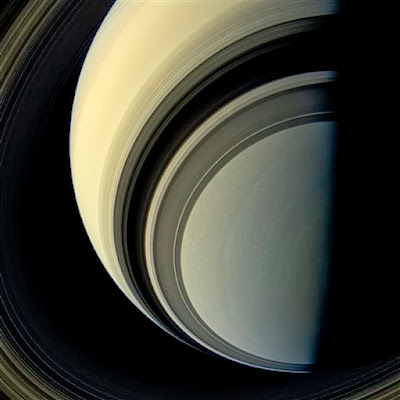 Best Wishes for Peace and Joy this Holiday Season!

As beautiful and amazing as this photo of Saturn is, our Earth is even more beautiful; Peace on Earth!

Happy holiday!? I would like to say “Merry Christmas” to all our Christian friends.

peace and good health to all

Good point, reader. "Happy holidays" does not mean anything. Merry Christmas or happy Christmas is more traditional and common.

If only mullahs went to Titan then it would be a very happy holiday.

CHRITMAS is not a chriatian holy day!

HAPPY CHRISTMAS to all !, happy holidays and peace be upon huanity-BUT why do christaians cellebrate a pagan holiday that is never sanctioned in the Bible?.NO VERSE IN THE WHOLE BIBLE RELATES THAT THE CRIST WAS BORNE ON 25 th dec

You even managed to exploit christmas, AnonymousDecember 24, 2013 at 8:55 PM. Wow, what a douchebag.

And that coming from a person who supports a regime made of douchbags.

Islam also consists of pagan beliefs. Go and educate yourself about the real meaning of the god Allah.There was also a female Allah,but they only kept the male one.The half moon crescent has its roots in pagan beliefs before Islam.

When you find yourself in a hole, stop digging. You would do well to research the meaning of that.

@-bring the pagan believes in Islam and feel free to educate us on that issue- No body can challenge Islam with logical argument without realizing in the that He was living in ignorance!

@-"there was also a female Allah"-where ? in Hollywood!!?-ARABS had Latta and Uzza and manatta!.tese were mediators to reach the ALMIGHTY -Allah[Arabic] or Joheva [Jewish] or YAHWEH [Aramaic]. No historian among the non Muslim critics of Islam has ever brought this as an argument .for the Name Allah is a holy Name with no plural or feminine association.Its equivalent in English is not GOD[for the word God is sometimes corrupted into god,goddess-Like in the US, we have so many goddesses among women!-just as we have a GOD in MUSIC, in the rapping family by the name Eminem,]-SO THEN its equivalent in the English language should be -THE ALMIGHTY GOD!.

@'half moon and paganism!"-YOU stick to your favorite topic-the loot stolen in Iran and transported by a pickup to Turkey!!.Or wait for JABBAR MD to bring in the hanging practices and some missing bolts!-because the recent monkey was not a fake!-sadly- and so He has taken a low profile buying time, hunting for the next scandal!.-The half moon thing is not Islamic!,-introduced during the ottoman empire to play the symbol of ISLAM. it has no basis in Islam !.

so bring your argument armed with logical facts surely I WILL respect you .

There is no reason to "research the meaning of that" when you have a very good example of one in the form of Anon 12:00 PM.

Islamic cult only creates zombies. And as you know zombies can't be reasoned with,but must be blasted apart by a shotgun !

The same is true of other cults, including zionism.

The worst one is the islamic cult that crashes airplanes into buildings,beheads others,oppressors women and promotes backwards culture.

Then it is just as bad as zionism which wages a holy war, ethnic cleansing, settler colonialism, apartheid, human organ trafficking and brutal, military occupation; all in the name of a religion.