Amid Iran’s Call for ‘Zero Option’ 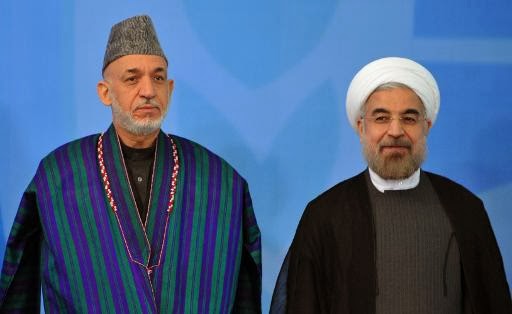 Afghan President Hamid Karzai is to visit Iran on Sunday. The Afghan-U.S. Bilateral Security Agreement (BSA), which lays out the rules for U.S. troops to operate in the country after 2014, is expected to top the agenda during meetings between Karzai and senior Iranian officials.
Karzai is refusing to sign the BSA, even though a Loya Jirga appointed by him approved the pact last month. On Saturday, U.S. Secretary of Defense Chuck Hagel arrived in Kabul amid disagreement over whether he would even meet the Afghan president in the face of the security pact row. A meeting is reportedly set for late Saturday.

Without the BSA, The United States and its NATO allies will have to exercise the so-called “Zero Option,” meaning no troops left behind at the end of 2014, pretty much like what happened in Iraq. Meanwhile, the Iranian government has been strongly pushing for the Zero Option.
“Iran does not see the signing and ratifying of this security pact to be beneficial for the long-term interests of the people and government of Afghanistan,” said Iranian foreign ministry spokeswoman Marzieh Afkham. (AFP, 7 December)

UPDATE: Defense Secretary Chuck Hagel told reporters in Kabul that he has received assurances from Afghan Defense Minister Bismillah Khan Mohammadi that “the BSA would be signed in a timely manner.” (Reuters, 7 December)