According to FARS NEWS Agency:


Iran announced on Wednesday that it plans to mount a new long-range phased-array radar system on its home-made Mowdge-class destroyer, 'Jamaran’. “The first sample of 'Asr Phased-Array Radar' system will be mounted on our destroyer, Jamaran, in the near future,” Head of the Self-Sufficiency Jihad of the Iranian Navy Rear Admiral Ali Qolamzadeh told FNA on Wednesday. 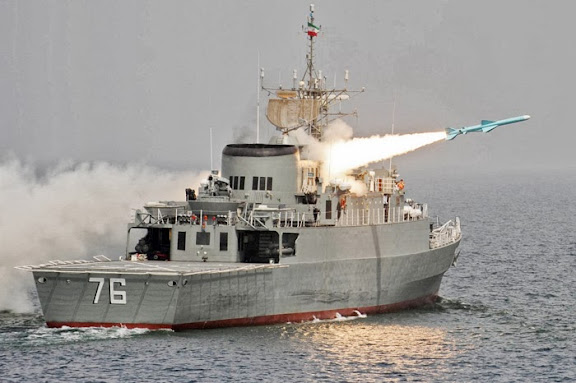 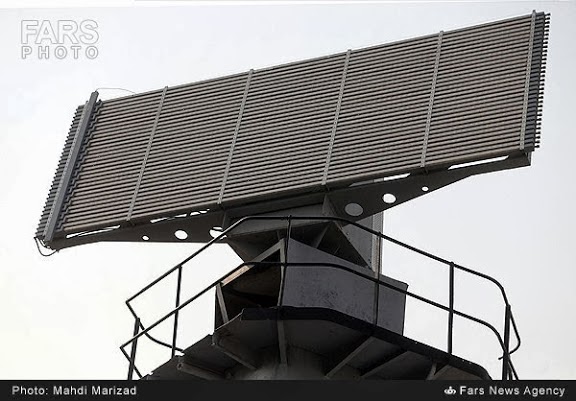 This ship is not a "destroyer"!

The reason these imbeciles call a 1100 standard ton frigate a "destoyer" is because they where DE's,Destroyer Escorts.But since the new regime cancelled the eight Dutch made destoyers in 1979 Iran has been left with these types of ships for now.The question is when Iran builds the 3000 to 5500 ton ships,what will they call these 1100 standard ton "destroyers"?

frankly whether it is a destroyer or frigate would not make a tinkers fart when defending the country. Dutch build destroyers? I thought that country exports flowers! Anyway the world has changed. Shah has gone and those like you are wondering aimelessly in European Casinos or some back water in States, feeling spiteful for everything Iran by trying to belittle anything that Iran achieves! Don't take me wrong I am no fan of these religious idiots in Iran. Before that there was another idiot called Shah who because of his stupidity we ended up with Khomeni and this lot.

FRankly in Shah's time they could not build a bicycle never mind a boat. Noe there is a vessel for you that can do the job. If that is best Iran can do then fine with me. What difference(s) would those Dutch destroyers have made aginst US navy. Well not much! So stop being such an ignorant tosser!

"I thought the country exports flowers!"

Frankley by the way you replied on this thread looks like that you are the only "ignorant tosser" here. When did I "belittle" Iran,you ill mannered brat? And since when is the regime Iran? The ships are not destroyers but frigates. And to prove you are ignorant,the Dutch have been building ships for centuries.Seems that you have forgotten how your type screamed for Khomeini to return and save your misrable souls from yourselves? The Shah's time was nearly 40 years ago. Even South Korea didn't build ships then.You said they could not "build bicycle",yet you forgot that they started to build cars in Iran from 1967. So whats with all your bullsh*t? Types like you are a bunch of liars and can't even admit that they and their ilk are the ones responsible for bringing Khomeini and his gangsters to power. As a matter of fact,I live comfortably in Tehran. Now suffer with your own diatribes you ill mannered and venomous hussy!

Although I totally agree with you that the mistakes of the Shah brought us the Mullahs, you can not deny the fact that his father and he laid the foundations of many modern institutions in Iran (Their corruptions aside) even the foundations for the military industrial complex that is helping Iran to reverse engineer a lot of things is thanks to them. The 8 year Iran-Iraq war and the sanctions forced the Iranians to take these steps which will be to the benefit of Iran, one day when this regime is gone.

It's not even a frigate, it's a large corvette, from the 1960s. The US has replaced their ships THREE TIMES due to obsolescence since this piece of shit was built, by the English, for the Shah.

The terrorist regime is a laughing stock

"built, by the English,". You mean the British. Common mistake by non-British people.

True Shah made mistakes (who doesn't ?) but it was some of the people that decided to jump in the well. Remember Bakhtiar when he said the howling sermons of mullahs is much worse than the jackboot? Even Ferdowsi warned the Iranian people and wrote,"beware of the pulpit replacing the thrown"? We read his works but didn't listen to his warnings!
I agree that despite this regime everything Iran learns is a benefit to our country.

At present time the Islamic Republic has numerous, over 25, patrol warships of the types such as the Commandante, Kaman / Tondar classes.
Despite their smaller sizes, 2 or 3 of them toogether, can project power of a large destroyer, in the Persian Gulf conditions.......They do not have to go to the Zionist coastline, or somwhere else...

All those noises about names of classifications, are sensless and blurring barking of enemies, because the Islamic Republic has created its military development, as acknowledged by enemies' experts, with the most optimal usage of funds and a concentration on the most valuable methods of development to meet the current necessities for sufficient defenses.

People tread easy please. Honestly I guess I have lived outside of Iran for a long time. I have never seen Iranian go after each other with such a venom as I see here over NOTHING. Civility please what happened to our politeness!
According to Wikipedia:
Sahand class frigate (1) Displacement: 2,000 tons
Dimensions: 100 x 12 x 3.5 meters
Propulsion: 2 shafts; 4 diesels; 30 knots (56 km/h);
Countermeasures: Probably a Multiple Box Chaff Launcher, and Flare Launchers
Armament:8 x C-803 (Ghader) anti-ship missiles, 1 x 76 mm Fajr-27 naval gun, 1 x 40 mm AAA, 4 x 20 mm cannons, 2 x triple 324 mm torpedoes, 4 x SM-1 (Mehrab) AAM, 2 x 12.7 mm machine guns
Iranian built. They are a larger, more modern, new generation of upgraded and enhanced Jamaran class frigates with a larger variety of potent armament. These guided missile frigates are designed to carry a Sikorsky CH-53 Sea Stallion helicopter, or two Bell-Augusta 212 hellicopters. One of them (the Sahand) is being fitted-up with armament and avionics/electronics, and will be in service in 2013. There are more planned for construction.

Agreed,iran stands in stark contrast to the saudis and their gulf state ilk who squander their resources on weapons they dont need and cant use

AnonymousDecember 5, 2013 at 11:32 PM
Its just the usual bunch of pissed off exiles and malcontents venting,pay no attention

Go read up on operation praying mantis to see how easily the u.s. destroyed this obsolete garbsge TWENTY FIVE years ago.

Anonymous December 5, 2013 at 11:32 PM, the problem with relying on wikipedia is that it does not always get details correct.

Iran does not have CH-53 Sea Stallions. It has the naval, airborne mine countermeasures sub-variant, called RH-53D Sea Stallion. CH-53s are basic transport variants. What you mentioned as "Bell-Augusta 212 hellicopters" are actually called AB 212ASWs, a naval sub-variant of the Bell 212, built by Agusta, in Italy.

Gosh, AGAIN that abusive and totally inapplicable comparison... man I am getting tired of seeing this every time Iran unveils a navy-related achievement... 8 years of war, suffering a complete international embargo while having to fight against a country supported by both superpowers and all major European and Arab countries in the world... no coastal anti-ship assets or any significant ballistic arsenal by then, let alone subsurface elements, as opposed to nowadays, and an inability to produce even bullets or unguided rockets... still, just go on and bring it up as an exemplification of American prowess vs some alleged Iranian ineptitude at fighting, it seems like it's the only kind of pseudo-argumented bs the likes of you are able to produce anyway, I mean what's the point in trying to show you wrong, we could be as well be debating whether the Earth itself is round for all I know ! "TWENTY FIVE years ago", Iran was another country altogether militarily speaking, it was economically, morally, logistically and humanly DRY, courtesy of Khomeini's selfish and misguided policies, and the very landscape of the PG on the Iranian side constituted a completely different strategic picture... back then Iran couldn't even use half of its air-defense assets properly because of a lack of training and logistical support, now it produces anti-ship cruise missile for both air-launched and ground-based assets, wake the hell up for Christ's sake !

yes that was 25 years ago but the parameters have changed. The cost to contain Iran no matter how powerful the other side is astronomical not only in terms of the operration but maintaing the containment itself. In a long run the strategy will always be as logic demands to come to some form of compromise. In other words it is not just point offence like Mantis going and destroying an oil platform and sinking a ship. It will be maintaining the status quo on along run. No country will get into that sort of deal given the size and coastline of Iran.

you must be an old fart that "livng comfortably in Tehran" and still calling the Country full of gangesters. I guess you must be by definition one of those who lives off the charity of the regime comfortably in expense of others and yet not be grateful. You are a hypocrite whichever way ones looks at it I trust that they find you and shaft you down there!

"yes that was 25 years ago but the parameters have changed"

They've changed because the West has repaced its ships TWICE since 1988 with more modern tougher ships. Iran would be destroyed by the west's technology of 25 years ago (f15s) but the tech of today (f22s etc.) would be like attacking an animal with machine guns it would be so one sided.

You can keep the iranian regime's tradition of lying lying lying (such as about how you're divine when you're a filthy spawn of satan who has committed every sin including murder of innocents and theft) but make sure you do not dare act on it or you will be shown for what you are -- a dirty and disgusting third world country that is inferior to the west in every way. Further, by continuously lying you only reinforce the perception that nothing that comes out of an iranian's mouth is worth two cents which is how much of the world views iranians these days.

But good luck to you in your life and please enjoy the fruits my superior people and culture afforded you as you live here, away from that country run by an ecil clan of terrorist thieving scum. You're welcome.

Yeah,we have benefited from learning not to trust akhoond ever again.

Anon 4:32 PM........Thank the Shah for buying those British made warships.Because if it wasn't for him,Iran wouldn't even have row boats to copy from. You have proven who the real "idiot" is,when mentioning that the dutch only export flowers.

"nothing that comes out of an iranian's mouth is worth two cents which is how much of the world views iranians these days." that world being zionists and other racists.

Your superior culture? You are a native Indian? Seems more like a racist "redneck" to me when reading your post.

Writing "(Arabian)" between Persian and Gulf, has no meaning. There is only one name for it and that is PERSIAN GULF.