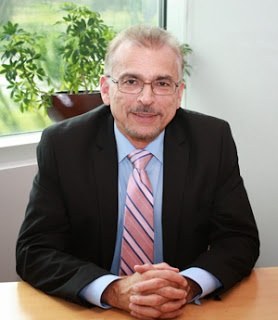 Professor Mohsen Milani of the University of South Florida, has written a superb piece for The Washington Quarterly on Iran’s foreign policy in Syria:

“When the Arab Spring reached the Mediterranean shores of Syria in early 2011, there was an ephemeral exuberance that Bashar Assad’s dictatorship would be replaced with a democratic order. Today, Syria has descended into an existential civil war among religious sects and ethnic communities. The country has transformed into a battleground for a proxy war among regional and global powers that pursue irreconcilable objectives. Balkanization of Syria appears underway as the government, the Kurds, and the opposition to President Bashar Assad’s regime control different swaths of the country, while the civil war has ominously metastasized to Syria’s neighbors. Alarmingly, a large number of foreign-born jihadists and terrorists with possible links to al-Qaeda have also flooded the country to foment mischief. Amidst all the destruction, the complex civil war has reached a stubborn stalemate with no breakthrough in sight.

One of the key players in the lingering crisis is the Islamic Republic of Iran. Throughout the past 33 years, Iran has been the most stalwart supporter of Assad’s regime. The question is, how far will the Islamic Republic go to protect the repressive house the Assads–Hafez and Bashar–have built?”

To read the entire article by Milani, please click here.

File photo: Mohsen Milani, Professor of Politics and the Executive Director of Center for Strategic and Diplomatic Studies at the University of South Florida. (USF)

It seems that Syria will be the new Afghanistan for some years to come; sad - but it looks inevitable at this juncture ...

If Syria becomes the new Afghanistan, Turkey will become the new Pakistan...1 + 1 = 1 :). Those thata unleashed those takfiri nutjobs thought they were smart, now their allies in the region will also burn in the flames they help set..

Syria will not become the new Afghanistan, because Hezbollah will not allow it! Iran will provide massive men and material, the Takfiri nut jobs have been cleaned out of most of the regions in Syria and will soon be a memory(these Barbarian Animals ) will soon meet their demise.

Milani is flat out wrong.

Former high ranking MI6 officer, EU advisor and British diplomat Alastair Crooke early on identified the Takfiri nature of the Syrian conflict. Back then, persons like Milani thought Crooke to be out of his mind, blinded as they were by the giddy prospects of a serious setback befalling Tehran in the form of a lost Syria. Well, here we are years later and the Takfiri nature ("Jihadi" in Western parlance) of the conflict is no longer denied by anybody; Crooke being right all a;long.

If anybody need reminding of this, refresh your memories by reading this (from July 2011):

Unfortunately it is in your imagination that whoever defended the democratic aspirations of the Syrian people, who like their Arab brethren in the height of Arab Spring came out on the streets on peaceful demonstrations against four decades of dictatorship, were supporting what you call Takfiris, or more exactly the terrorists who want to spread their version of Islam through terror. Saying no to Assad’s dictatorship necessitates saying no to terrorist groups who are opposing him, and I submit the reverse is true; saying no to terrorists in Syria necessitates saying no to Assad regime.

In revolutions, you have strange bedfellows. We learned that 35 years ago during the democratic movement in Iran against the Shah’s dictatorship that was eventually won by forces that could hardly be described as democrats.

Let’s hope the terrorist groups who have descended on Syria would not ever be in a position to rule over parts or the entire country. We need a peaceful solution to this civil war soon, or it could go on for longtime; let’s remember Northern Ireland.

I had read an article that "Syrian spring" started like this;

Salafis or Takfiris had come with socks of money and in brand new Toyotas from Jordan, bribed some locals to incite undrage youths to paint graffitis on the walls, against Assad's government.

After the government arrested those youngsters, the Salafis or Takfiris ordered local people to demonstrate against "government brutality" and later "provided armed guards" to those demonstrations.....

I have somehow missed to secure the name of the article and source of that information, so may somebody help me in that matter?.

I am glad you posted these comments; it shows the level of discourse on part of the pro-Assad crowd, saying anything to justify Assad’s brutal handling of the initial peaceful movement of the Syrian people to regain their dignity and freedom after four decades of dictatorship. Go back and watch the videos of those demonstrations, those people, by tens and hundreds of thousands, did not come on the street, risking their lives, for “socks of money” and “brand new Toyotas.”

The big questions here is how many of the peaceful protest were genuine or foreign inspired and how many of the violent ones were a result of government crack downs or were brought about deliberately by foreign support,I have always been very dubious about the speed with which the violence spread,the level of arming and organisation points to external factors,even if it began as a genuine home grown movement the speed with which it was hijacked by west/gulf states discredited it,this was simply an excuse to harm iran,the other thing that has always made me dubious was the fact that you never saw the level of popular protest that was seen in places like egypts tahrir square

Your comments ignore how the Syrian civil war started. In order to oppose the entrance of the terrorist groups into the conflict and what they are doing now, you do not need to change the facts on the ground four years ago. We had massive popular, and yes extremely peaceful, demonstrations against Assad. By taking a page from his father’s experience he had to brutally suppress the movement. The sad thing, no matter where you stand on this conflict, a beautiful and ancient country is practically destroyed, thousands killed, millions displaces, with no end.

Now, if I were talking here about Bahrain, and the demonstrations by thousands and hundreds of thousands of people who marched peacefully on the street against their country’s dictatorship at the same time as in Syria, you would have supported them.

nonsense from an old drea\mer!!!

some good and patient answers to comments, NU

"Syria is an issue that forced the Islamic Republic and many of its supporters into hypocrisy." The same is true of the American regime and its client states. They supported democratic movements in the Arab world when they are directed against governments they do not have close ties with, but also supported the brutal suppression of democratic movements when directed against “friendly” Arab countries, like Bahrain.

AnonymousDecember 24, 2013 at 8:41 PM
An excellent point,the silence from western capitals over the brutal crushing of a homegrown non western/gulf state backed opposition movement said it all and was matched by their hypocrisy in calling for assads removal in the face of a foreign backed violent insurrection,iran only began supporting assad when it became clear he was fighting a foreign backed violent insurrection that was intent on his removal despite the fact that there was still considerable support for him amongst the syrian populace

Nader UskowiDecember 24, 2013 at 10:32 AM
You seem to want to deliberately ignore the obvious fact that the insurrection in syria had foreign backing,look a the speed with which it became violent,who do you think was supplying the weapons,yet strangely when the bahrani protest were crushed,by a saudi military invasion no less,we saw no armed opposition spring up seemingly from nowhere attempting the overthrow of the government,I also see no hypocrisy in aiding an allied government fighting against a foreign backed insurrection that is trying to overthrow that government,now it might have been a different story had iran sent in its military to crush wholly peacefull protests as the saudis did in bahrain but all iran is doing is balancing the support that the west and the gulf states were giving the fsa/jihadis

I do agree with you. That’s why we should support the democratic movements in all the countries in the region, including Bahrain and Syria.

All foreign interference in Syria should end. Otherwise, we risk Balkanization of the country. Please note in a sectarian/religious war, there would be only losers on both sides, as the conflict could go on for long time. Let’s not forget Northern Ireland.