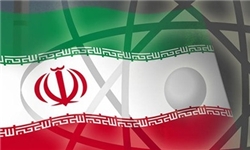 The House Foreign Affairs Committee today passed a strong new package of sanctions against Iran. The Nuclear Iran Prevention Act (H.R. 850) significantly expands current U.S. sanctions to more strategic sectors of the Iranian economy and grants the president specific authorization to bar companies from doing business in the United States if they carry out virtually any significant commercial trade with Tehran. The House is expected to pass the bi-partisan sanctions legislation soon. It already has 344 co-sponsors.
Meanwhile, the U.S. Senate unanimously pledged today to stand by Israel should it take military action against Iran. The resolution specifies that the United States should provide diplomatic, military, and economic support to Israel “in its defense of its territory, people, and existence.”  The resolution also reiterates that the policy of the United States is to prevent Iran from acquiring a nuclear weapons capability and to take such action as may be necessary to implement this policy.
Posted by Nader Uskowi at 6:04 PM

These are dangerous developments...this article is basically stating that Israel has the green light to attack Iran. The chances are now much higher that Israel will act on its threats with the knowledge that big brother is standing by ready to get his hands dirty.

"Meanwhile, the U.S. Senate unanimously pledged today to stand by Israel should it take military action against Iran. " In other words, American politicians demonstrated their loyalty and paid tribute to, a foreign power instead of their own people. A sham of a so-called "democracy" in the USA.

that's rather a silly interpretation. the real import of this is that Iran's vile regime and their actions are extensively despised in the US.

supporting an ally isn't treason, chuckles...... or would you say that Iran's support of Syria is treasonous?

Was that Idiot Salehi, foreign Minister, not saying that he has 'knowledge' that no new sanctions will be imposed on Iran very few weeks ago ? So much about the credibility of their claims ...

Looks like they are ready for a "lifting" of majority of the important sanctions soon.... and give a credibility to those, who support them on this blog.

Putin has drawn a red-line for israel, after its recent attacks against Syria.
He (Putin) informed Netanyahu, during phone call and his recent visit in Sochi, that Russia will not be idle in a case of repeated military actions by israel...

That red-line can also be interpreted as a practical extenstion and protection, against any israeli military actions against Iran...

One of the consequences of that red-line, will be a commencement of military hardware supplies to the affected country

GUYS -nothing will happen!-the west feels the heat in SYRIA and the frustrations are evidenced by this crazy resolution!.
GOD has a plan for every Nation ,and it seems that it here in IRAN that the global arrogance will meet its Waterloo!!!.

Anonymous May 22, 2013 at 9:03 PM
Thats funny its usually people like you who condemn iran for aiding its ally syria against foreign supported insurgents.The big difference is that israel wants to use the americans to fight iran for them,while iran is giving syria the tools it needs to destroy the jihadis themselves

A-F
Were you present during the phone conversation? as you seem to be very well informed.

GOD has a plan to piss on the heads of Iran's Ayatollahs....... they're not fit for use other than as a loo

'Meanwhile, the U.S. Senate unanimously pledged today to stand by Israel should it take military action against Iran'

The fact is the Zionist Regime State of Israel really doesn't have gut or ball to take any military action against the Islamic Republic of IRAN, the most powerful nation, militarily, in the whole region of the MIddle East even if its long term slave of the U.S. has pledged to stand by it in the event of an action. As always, it is simply Israel's well-known years of empty rethoric.