Iran Hangs Two Men for Spying for CIA and Mossad 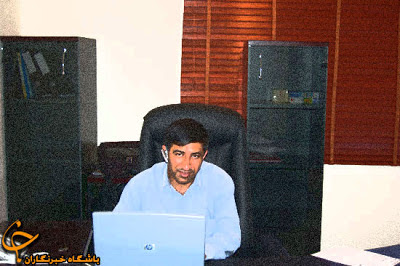 Iran’s Ministry of Intelligence reported today two men convicted for spying for the CIA and Mossad in a revolutionary court were hanged today.

Kourosh Ahmadi and Mohammad Heidari were accused of providing intelligence on Iran to the CIA and Mossad respectively. The intelligence ministry’s report did not say when the men were arrested or tried.

Photo credit: Kourosh Ahmadi who was hanged today in Iran on charges of spying for the CIA. 19 May 2013 (Reporters Club/Tabnak)
Posted by Nader Uskowi at 11:00 AM

the question is only
if thise guys are guily or not guily ?
the dead sentence for spies and high treason is the law of country

Death to the mullahs they have killed enough people in Iran and outside Iran. When are we going to cut the head of the snake (Khamenaei) I only live to see that day even though a lot of my friends and family have gone to their graves and their wish has come true but, I do believe it will happen in my life time

-hopefully you will get more than you are bargaining for!!.