Iran and P5+1 Reach Agreement on Dates for Next Meeting 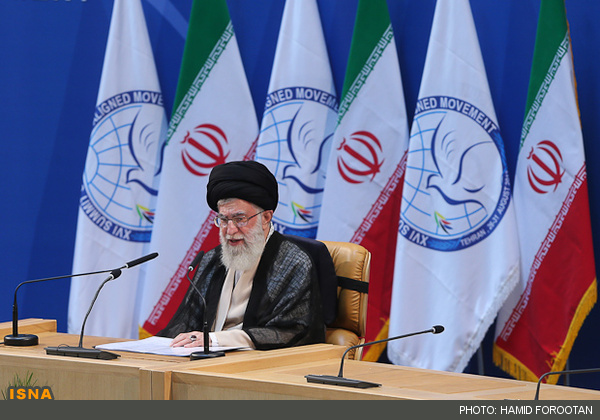 Iranian foreign ministry said today that Supreme Leader Ayatollah Ali Khamenei’s fatwa (religious decree) on the prohibition of building nuclear weapons is binding for Iran. Foreign Ministry Spokesman Ramin Mehmanparast made the announcement on the eve of the visit by an IAEA delegation to Tehran to work out a broad nuclear framework agreement with the country.

“There is nothing more important in defining the framework for our nuclear activities than the Leader's fatwa,” Mehmanparast told reporters in Tehran. “When the Leader expresses his religious viewpoint in the form of a fatwa, it will be mandatory for us to act according to it.” (IRNA/Press TV, 15 January)

It was unclear if and how the fatwa could be withdrawn or overturned, but for now it constitutes Iran’s stated policy against building nuclear weapons.

Ayatollah Khamenei said last February that the Islamic Republic considers the pursuit and possession of nuclear weapons “a grave sin” from every logical, religious and theoretical standpoint. “This fatwa is our operational instruction,” said Mehmanparast

Mehmanparast also said that Iran and the six major powers have reached an agreement on the date of their next meeting to discuss Iran’s nuclear program. The agreement had been reached during a phone conversation between EU's Deputy Secretary General Helga Schmid and Iran’s Undersecretary of Supreme National Security Council Ali Baqeri on Monday, Mehamanparast announced.

Let say what if the sovereign state of IRAN, secretly and quietly, has already built and possessed quite a great number of a 'WEAPONs' that have the same power, mass and capacity to those of nuclear ones?

I think Taqiyya is working here. No people on this world is so unreliable as the mullahs.

Like the Death Star with its planet destroying laser cannon.
After all you can wish what ever you like,but reality is another issue.

the head of state in Iran's pronouncements are binding only as long as the little weasel doesn't change his mind. theocratic dictatorships are like that.

Khamenei must come out and say that he was the main criminal responsible behind the Cinema REX fire in Abadan,which burnt alive hundreds of innocent men women and children.

TAQIYYA do not stand in front of a FATWA!surely you need some pills to cool your nerves.A FATWA IS A RELIGIOUS EDICT THAT COMES WITH NO HIDDEN STRINGS TIED TO IT!.
@-LONG LIVE THE IRANIAN SAGE OF OUR TIME -Leader Kamenei for being the first MUSLIM cleric to give ISLAM'S POSITION ON THE ISSUE OF NUCLEAR WEAPONS!

@-LONG LIVE THE LEADER for standing firm against the temptations form many scientists AND MILITARY COMMANDERS INSIDE IRAN WHO had pushed for the nuclear route!

You know what B.M.A? You're full of empty slogans.
This "leader"is after Khomeini the biggest bloodsucker in Iran's history.

Every day that this man and regime lives,Iranian people pay in blood sweat and tears.