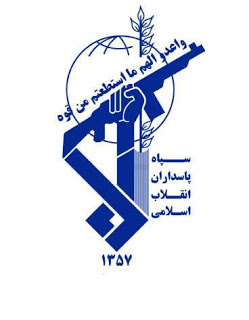 Iranian media reported on Sunday that two more IRGC officers, Sajjad Tahernia and Ruhollah Emadi, were killed near Aleppo in Syria on Friday. No ranks were given. Since the deployment of some 2,000 IRGC Ground Force troops to Syria earlier this month, and the start of Iran-led campaign to retake Aleppo, 19 IRGC servicemen have been killed in action, by far the biggest monthly causalities in the Syrian civil war, which is now in its fifth year.

UPDATE: Two more IRGC/Basij servicemen, Poya Izadi and Hamidreza Taghi, were killed in Syria on Monday, bringing the total number of KIAs in the past two weeks to 21.

UPDATE: A Twitter post today has published the names and affiliations of known Iranian KIAs in Syria, with references to the Iranian new sources announcing their deaths. Based on the list, with the two killed today, there are actually 24 servicemen killed in action since 7 October. (Twitter/@Shiapulse, 26 October)

I bleive it is acceptable relation
19 Death Iranian, 200 Death Terrorists

war against PEJAK in Kurdistan suffered Iran much more

BUT the military leadership in the country insist that there are no battalions in Syria only advisers and some few servicemen !.-no reliable source in the country confirms a '2000 strong ' deployment.

B.M.A, the Iranians identify all their military personnel deployed to Syria as advisers; they also identify all KIAs in Syria as having lost their lives in the defense of the holy shrine of Hazrat Zeinab in Damascus. That's not the case.

Unfortunately, a high proportion of Iranian KIA and casualties have been high ranking officers of the IRGC. This actually backs up the government's claim of sending many advisers. I actually don't think their claim is unbelievable. One only has to look at the released videos of Iranian military advisers fighting with the Syrian Arab Army to see that Iranian advisers were on the front lines, not staying back in the rear like Americans are doing. As for this claim of "2000" Iranian troops, although often repeated, it is completely unsubstantiated and must be viewed as suspect, given the active intelligence war going on in the region. Could be pure propaganda.

19 killed in action in two weeks: From Friday 9 October, when Gen. Hamedani lost his life near Aleppo, to Friday 23 October; by far more than all KIAs in the previous 4.5 years of military involvement in Syria. It might be acceptable to you, but probably not to the Iranian military.

Traditionally, the Iranian KIAs in Syria have been senior officers, mostly general officers. But that has not been true for the past two weeks, when 19 IRGC servicemen lost their lives, by far more KIAs than in all the previous 4.5 years combined. Gen. Hamedani was the only general officers KIA'd during this period. As their photos shows, most of KIAs were younger officers/servicemen.

The Syrian conflict is a war of attrition that was being won by Al-Qaeda, Al-Qaeda aligned armed groups and ISIL. Now, with Russian fire support, the war of attrition may be swinging in favor of Syrian Arab Republic.

"In defense of the holy shrine of Hazrat Zainab" is roughly translated into the culture of American milspeak as "in defense of freedom."

Have yet to see photo or video evidence of Iranian combat unit formations deployed in Syria. So far, that publicized remains NDF, Iraqi Shia militias and LH. That may or may not change in the near future.

The phrase "in defense of Hazrat Zeinab shrine" is not used in a metaphorical manner, but as a matter of fact. There are no use of the phrase by the Iranian officials and state media that could remotely support your translation.

The numbers of Iranian KIA in the past two weeks is not comparable with the numbers of KIA in all previous 4.5 years of conflict, and is by far bigger that the total in all those years combined.

The Syrian civil war started as a conflict between the regime and the moderate groups, which remains an important characteristic of the conflict to this day. ISIL and other extremists got involved in the war at later stages. And at least until recently, fighting against ISIL was not a major undertaking by pro-regime forces.

Pro-regime forces were losing ground to the combined opposition, and that's the reason the Russians intervened militarily earlier this month, and the Russian-led offensives in different fronts have at least stopped opposition advances, and has changed the dynamics of the conflict. Next few months are very crucial.

It takes some 100,000$ to have a fully trained IRGC officer,having said this, NO Nation can send such a big contingent in a war zone without support.AND may people in the country believe that there are western elements in Syria that are assigned only to target Iranian officers !.
AND you are saying that ''pro-regime forces were losing ground'' without mentioning the support the opposition is receiving,but the truth is that IRAN won this war four years ago,the problem in Syria in some diabolic Western powers who give 'lethal weapon's' to the rats whenever they lose ground hence escalating the conflict and keep it dragging.
- with the toll of KIA rising each day I wish the Military and political Leadership in the country to take the rumors going around in the country seriously [that some evil western powers have planted Agents working in cahoot with the rats with the sole aim of TARGETING Iranian officers!.]

Nader you forget that in the past 4.5 years it was a defense and hold the position activities by the saa and the iranian advisors ( who really advise on the frontlines). For round about 3 weeks with the support of the Russian airstrikes it's a agressive war and that's why so many iranians died.
For the iranian government and also ppl in Iran it is far better to have this looses in Syria as at the boarder of Iran Iraq with 10.000 of daesh fighter's.
Max God forgive them all. Even the young fooled daesh fighters. For sure many of them have to fight or they will kill their family

Every side loses people in a war. I agree this # is acceptable to Iranian society and military. You all are not going to like this comment, but IMO, Iran is ready to lose more for this cause. Syria is a BIG strategic issue for Iran. Iran is ready to and will have to sacrifice. Everyone is sacrificing. Iran surely wont listen to anyone here saying "Iran is losing too many people". Mark Pyruz i love your opinions!!!

this is a real war, no hollywood movie
you must give blood for victory, thx to russia the victory is now possible