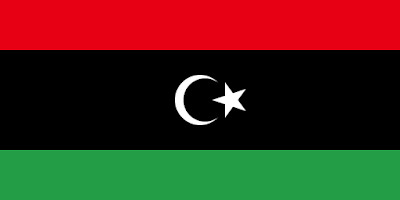 The prime minister of the national unity government will be Fayez Sarraj, a member of the Tripoli-based government. A presidential council will also be formed, with three deputy prime ministers, representing country’s east, west and south, and two other ministers. Under the agreement, the parties recognize the parliament in Tobruk, the seat of the other government, as Libya’s legitimate legislative authority.

The two parliaments have to discuss and vote on the UN proposed united government. That could take weeks and already there is pushback on the idea.

What doesn't look accurate as of 23:52? The two sides did sign the agreement in Morocco on Thursday. Like JCPOA, it needs to go through a process of formal approval in the two capitals. Of course there would be pushback by anti-unity factions on both sides, but accepting the agreement, brokered by the UN, is a huge victory and the major step to bring peace and reconciliation to a proud country.

That's incomplete. Parliaments are part of that government and are required to "agree" to form a "government of national unity."

Other observers agree that actually getting to a "government of national unity" remains, at this point in time, daunting, and there exists considerable pushback, particularly in Tripoli. So-- with respect-- quite premature to render a headline of "formation of a national unity government." A more accurate rendering would be "UN proposed national unity government" and to include in the post the requirement of parliamentary agreement.

The two rival administrations did agree to form a government of national unity. To some details, like the choice of prime minister, and that the parliament in Tobruk would be the national parliament. You are saying that the ratification and implementation of this agreement is a daunting task. I am sure it is. And we can call it a proposed agreement until it is ratified, this is the best news that has come out of Libya in a long time; the two sides choosing the path of negotiated settlement to the conflict and reconciliation over continued war and chaos. Let's hope the agreement is ratified and implemented.