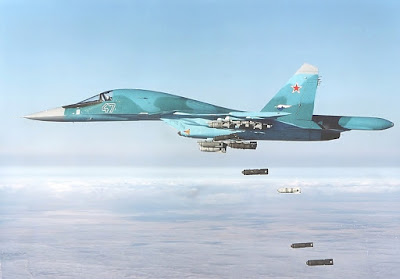 Three Russian servicemen fighting alongside pro-regime forces in Syria were killed today and several more wounded when a shell hit their position in the coastal province of Latakia, a senior pro-government source told Reuters on Tuesday. If confirmed, the deaths, which occurred on Monday night, would be the first known Russian military casualties in the Syrian civil war. Russia began its direct military intervention on 30 September. Russia has not said how many combat troops it has deployed in Syria. (Reuters, 20 October)

The five-days-old operation in Aleppo has had initial successes, with pro-government forces retaking some towns and villages around the strategic city. It was not clear, however, when the pro-government forces would begin their offensive on the city itself, which was expected to have taken place by now.

UPDATE: Russian embassy in Damascus had denied the Reuters report, saying the embassy had no report on the death of Russian servicemen in Latakia, Fars News Agency reported. Reuters, however, quoted the director of the Syrian Observatory for Human Rights, Rami Abdulrahman, as saying that observatory sources have confirmed the deaths of Russians.

Apparently not true. Denied by Russia and Syria and real evidence, however there are a lot of photos showing the close ties and brotherhood between Russians and Syrians and Russians are walking around safe and feeling at home in Syria and many want to stay there even after they have defeated the terrorists. An apartment in Latakia on the beach goes for $4000 which is an average monthly overseas pay for a Red Army specialist grunt deployed in Syria. The Russians also like the warm weather as their twitter comments show.

@-Someone predicted a viscous war pitting Hezbollah and Al Qaeda !- today, we see the two engaged in a merciless war -the prediction comes true.

@-Someone promised to ''start killing Iranian commanders'' !,by then a very remote possibility !-up to now Iran has lost a host of its commanders KIA but nobody knows who is killing them in Syria.Prediction comes true!.

@-Russia enters Syria ,the same prophets warned that ''The Russians will start to suffer casualty "'!
-the prediction comes true.