Vice President Ebtekar travels to Kerman on Mahan Air A306 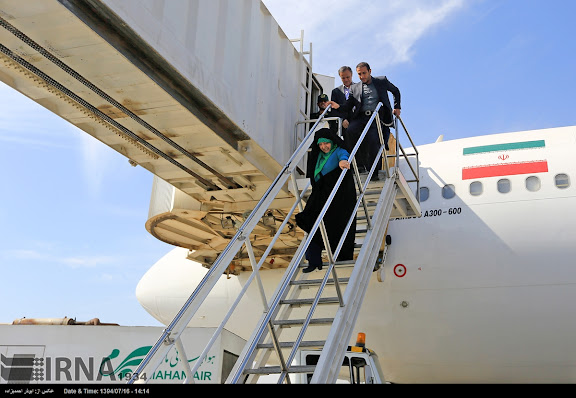 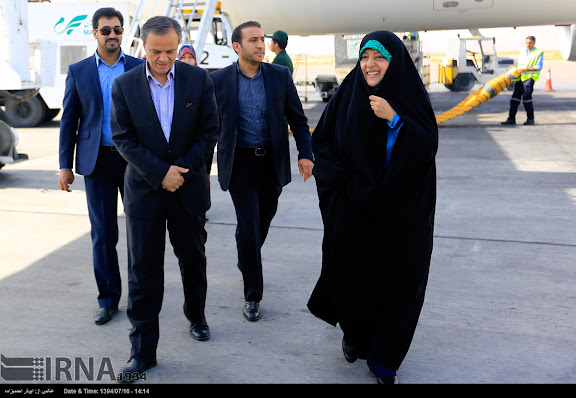 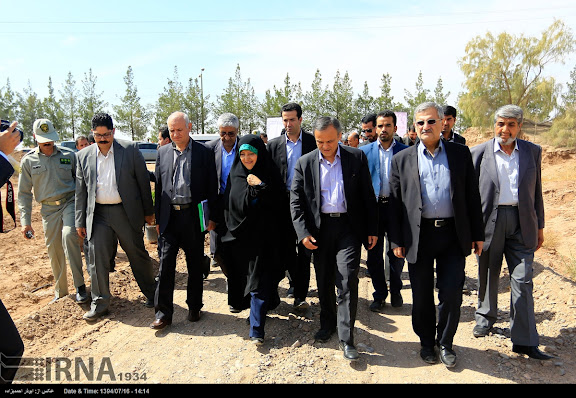 Ebtekar and Razm-Hosseini at a "green belt" construction site, "aimed at combating speculation, prevent the entry of dust and increase the per capita green area of ​​Kerman." The program was initiated during the last year (Persian calendar). Employing drip irrigation method, this belt includes trees such as barberry and oleander, olive, cypress, pine, and bitter jujube. [source: Mehr News Agency] 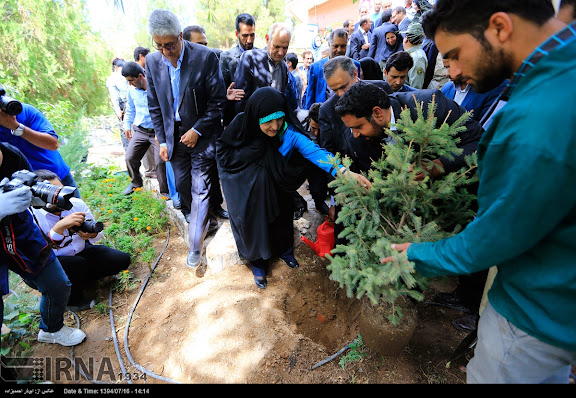 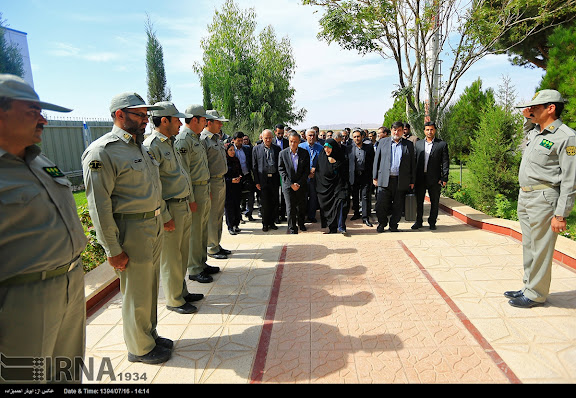 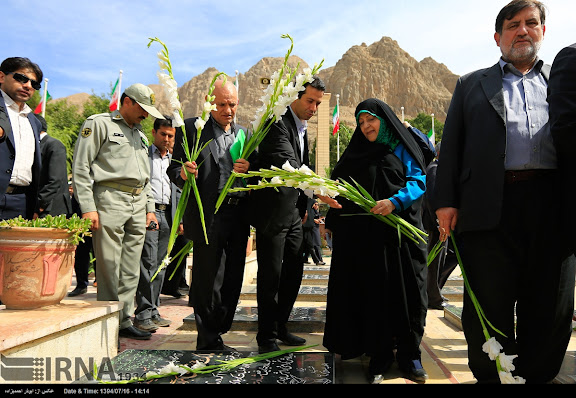 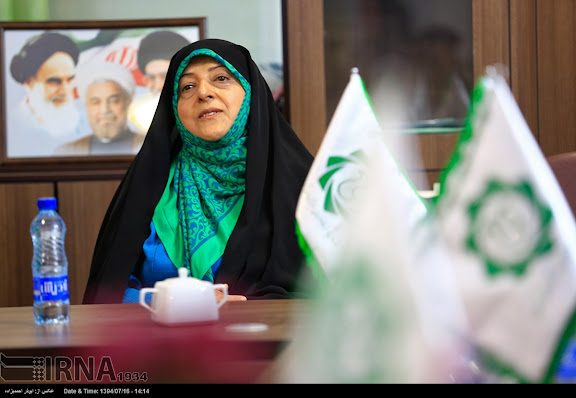 Ebtekar is known to Americans as "Tehran Mary," serving as spokesperson for the students in the Iran hostage crisis of 1979, where Iranian students occupied the US Embassy and held 52 Americans hostage for 444 days.

It's not customary for any government to announce flight and aircraft information of its traveling officials .

She certainly remainds me of our kolfat khanoom we used to employ.She was such a good lady.

If this is in reference to type of flight, the notation was intended to distinguish between a charter flight and regularly scheduled commercial flight.

My grandmother also had a beloved kolfat. She was wonderful and my grandmother treated her with respect and kindness.

I think the key to the reminder is the chador. It's interesting the green and blue print included in the vice president's attire associates with her dual posting as Minister of the Environment.

Why are you so obsessed with Mahan Air?

why is this important and better yet, who cares?