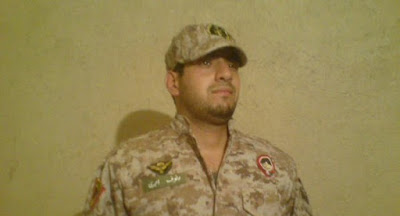 Iranian media reported another 3 IRGC servicemen were killed in Syria: Rauf Amjadi, Haidar Nouri Rostami and Jabbar Araghi. No military ranks were given. Social media looking at the Iranian KIA in Syria put the number of known KIAs since the 7 October offensive at 30. (@dudi_cohen)

Almost all IRGC servicemen killed in the past 2.5 weeks were deployed near Aleppo, where the IRGC-Quds Force is leading a coalition of the Lebanese Hezbollah and Afghan, Pakistani and other foreign Shia militia forces and government troops to isolate and retake parts of the city under the opposition control. The pro-regime forces, under the command of Gen. Soleimani, supported by Russian air power, have launched offensives in the south of the city against the opposition forces, and to the east against ISIL. There are no indications, however, if they could isolate Aleppo anytime soon. 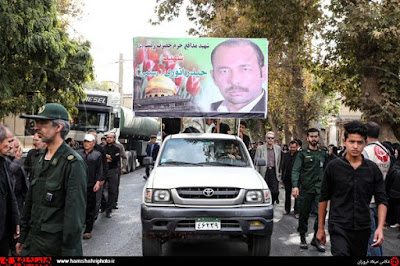 this aint nothing compared to sacrifices of lives in eight years of holy defence of Irans soil. number of martyrs is non issue, its fighting until victory that matters. syria / assad / lebanon / hezbollah ALL of THIS is more important than khuzestan!!!

IRGC tactics are wrong, they should not be loosing this many advisers. It is likely that Daesh has fifth columnists in the IRGC cadres.

I believe lack of body armor and Iranian officers penchant for leading from the front is the main cause of high ranking casualties. Aleppo is the largest city and industrial hub and very densely populated 2000 year old city with narrow bazaars and souks and the terrorists have booby trapped most and the only way to flush them out is street by street, house to house fighting, just like the Russians had to do in Stalingrad. Such close combat entails high casualty risk and and is a tedious process, since neither Iran, nor the SAA is interested in flattening the city like Grozny. However, that said, all Iranian and Syrian personnel should have Kevlar body armor and helmets and also basically isolate and starve the terrorists by cutting off their food an supply lines. Identifying targets with thermal imaging and UAV would also help. Iranians are trying to expedite the clearing of Aleppo as Soleimani had promised, so some hasty decisions are being made and that is causing unnecessary casualties. Counter-insurgency is marathon not a sprint.

going from Defensiv to offensiv caused a lot of casualties

Why not send the whole IRGC units into Syria? Or is Khameini scared he won't have his protection against the people he purports to rule?