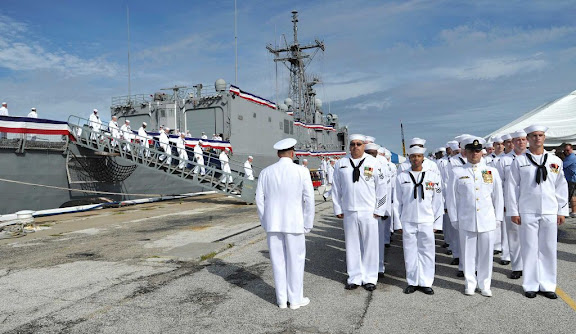 According to Florida Times-Union:


The United States Navy decommissioned its last Perry-class frigate, reducing the Navy's number of ships that have sunk an enemy vessel to just one. The end of the Navy's frigates marks a new era of naval warfare where ships are less likely to go to battle in the open sea.

The USS Simpson removed its weapons, covered its windows, and on Sept. 29, it lowered its flags. Now, the ship will travel to Philadelphia until a foreign nation buys it.

After 30 years of service — including an April 1988 battle when it fired missiles at and sunk an Iranian oil platform and an Iranian Navy vessel — the ship's service came to an end on Sept. 29 with a ceremony at Mayport Naval Station.

Now the only Navy ship that has sunk an enemy is the USS Constitution, which did so during the War of 1812. 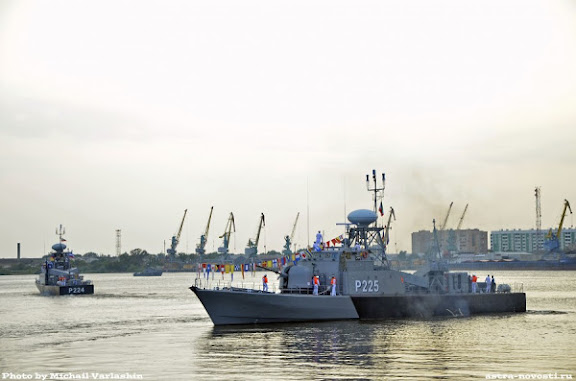 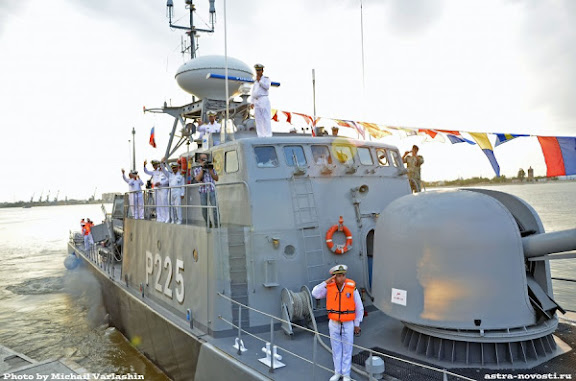 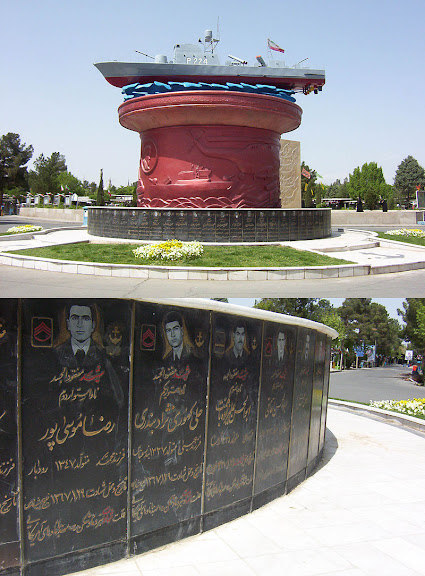 Memorial at Behesht-e Zahra cemetery in Tehran for Iran Navy sailors who lost their lives during USN Operation Praying Mantis.
Posted by Mark Pyruz at 2:57 AM

This incident and the clashes of 1987 and 1988 between US navy and Iranian navy happened at a time when the war had carried on long past the point of neccessity for the Iranians.