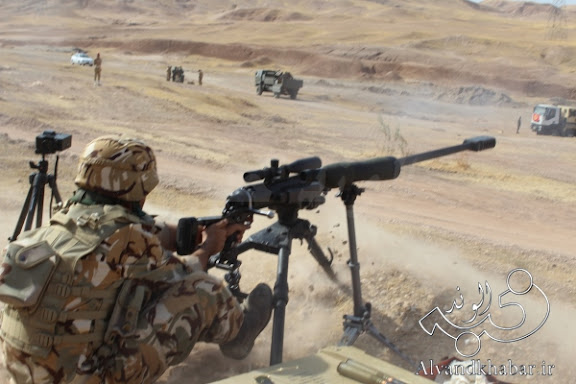 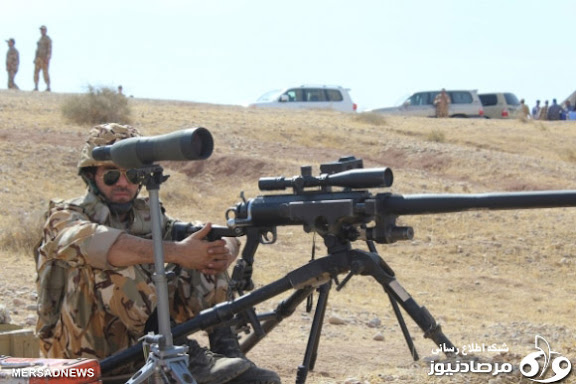 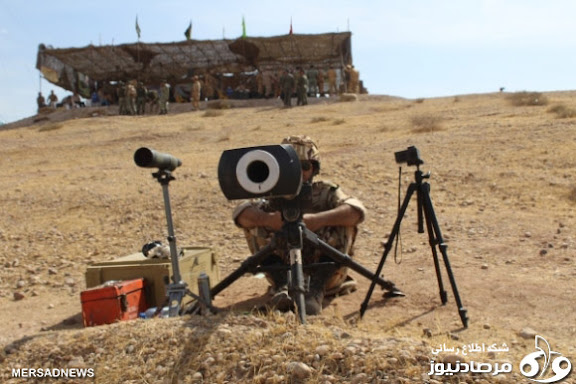 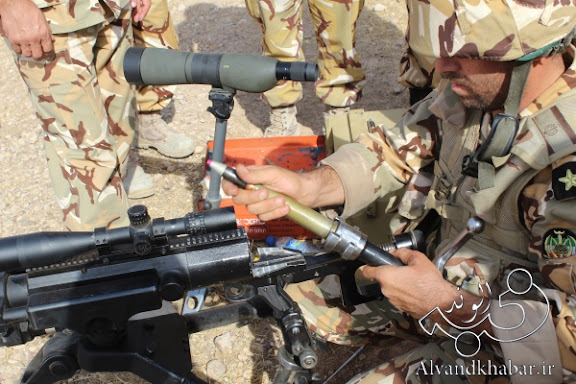 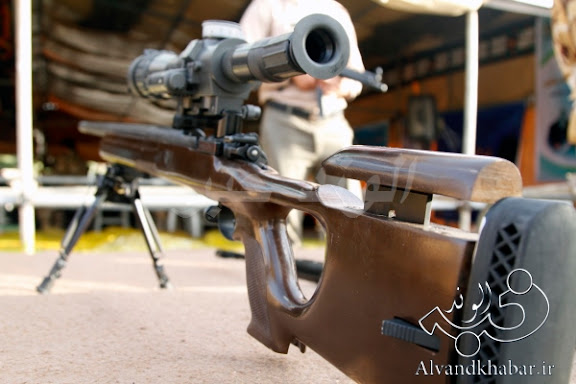 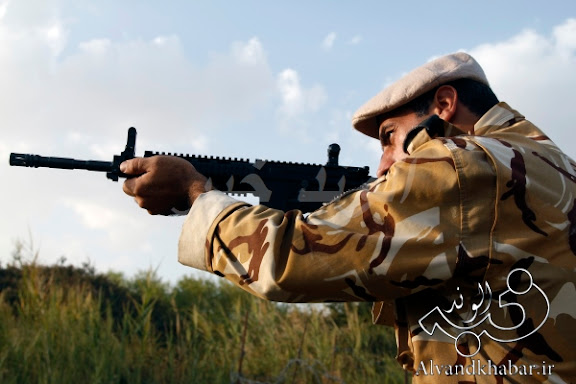 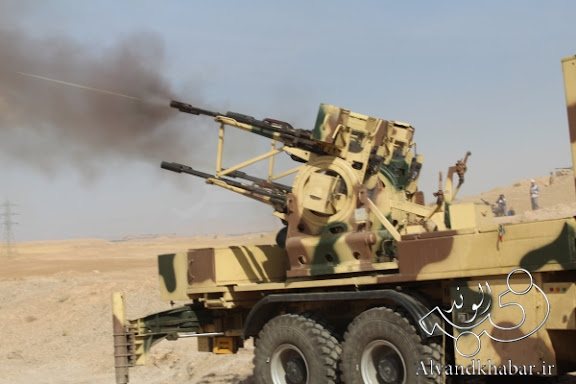 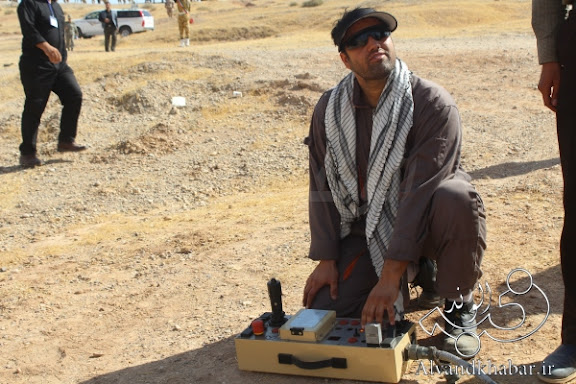 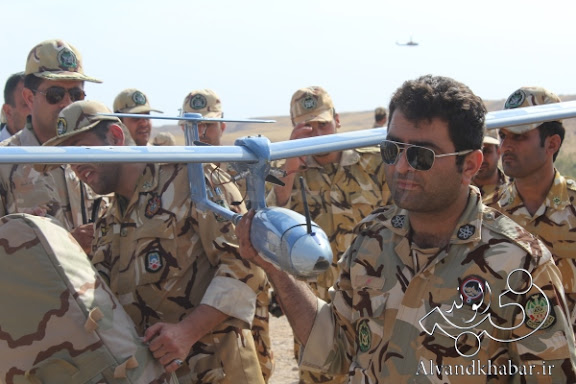 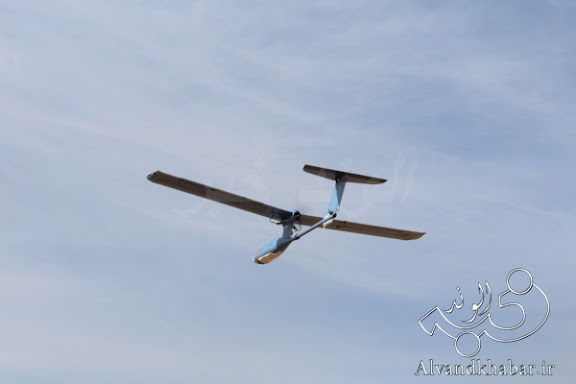 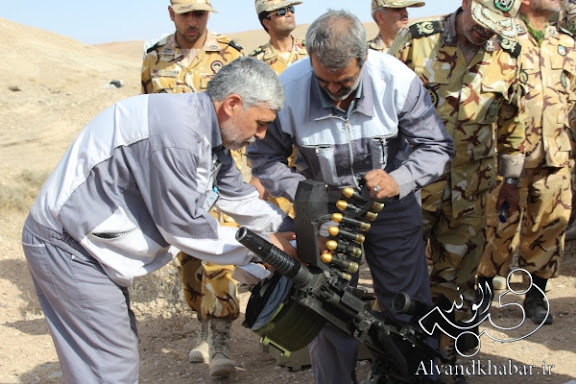 Technicians arming Kaveh-30 automatic grenade launcher, with what appear to be live rounds 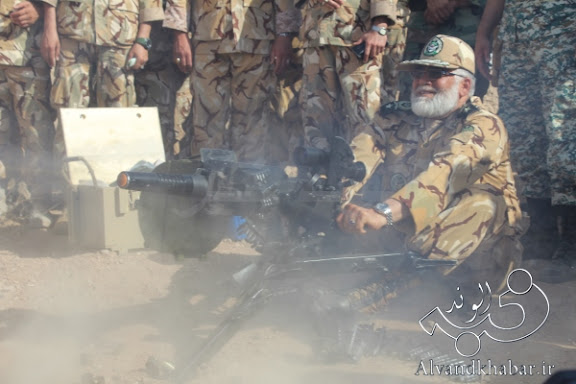 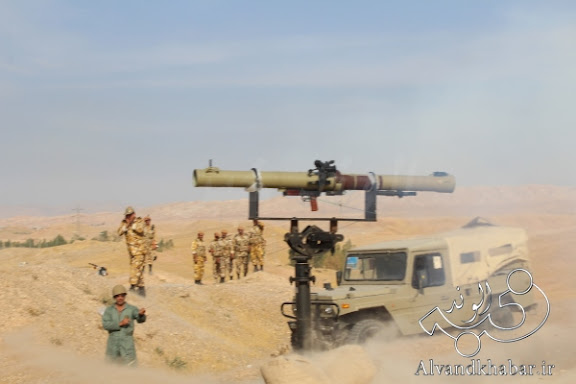 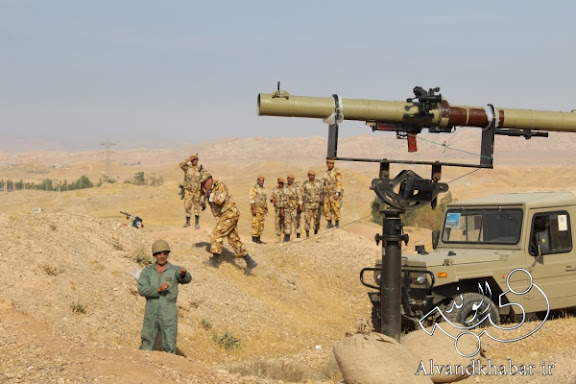 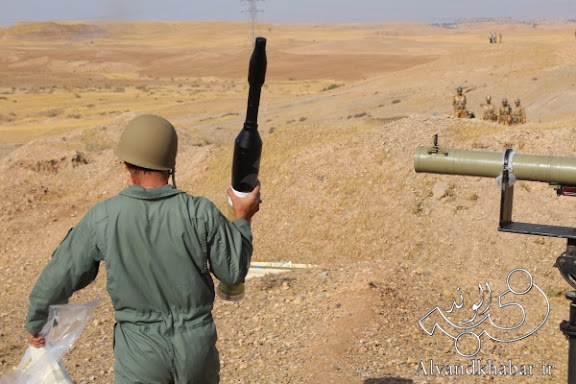 I am wondering if the methodology demonstrated in last 3 pictures is a practical way of targeting and firing a RPG in the heat of the battle? With all those heavy non flexible stand, no masking and coverage with strings attached. Instead of developing a Javelin like modern mobile fire and forget to safeguard life of the soldiers in the field see what they are doing. These images reminds me terrorists in Syria with their innovative weapons that kills more of them than enemy.
This Mesbah concept is good idea for having fire volume but the remote targeting and firing shown here does not make sense as operator should have direct line of sight with the target. This weapon should either be connected and guided by a radar system or a camera can be installed to provide direct line of sight for the remote operator.

Based on first and second picture (the Baher 23 mm anti material rifle) is not ergonomically user friendly. Imagine sitting behind it and targeting something. Two legs of the tripod blocks you getting closer to the scope and therefore making targeting difficult. I hope they have developed a system for damping recoiling action as back kicking is high and reduce accuracy.
If they can increase slightly the range and muzzle velocity of the Kaveh Grenada launcher it can effectively be used on their Shahed light helicopters. In addition it is a good urban warfare if they use timed charges to detonate them above the target in the air for maximum collateral damage.

Let's not try to make too much sense of the weaponry displayed during these military drills . frankly, I think Iran lacks a coherent military strategy . It's lie designing weapon systems and then hopinf to mold a doctrine around it ..
Sometime ago the Russians were reported to have transferred to Iran old factory machinery used to manufacture Dshka and 23mm machine guns among others . ( the technology dates back to WW1 though ).As far as Mersad and the Baher 23mm gun goes , this comes to mind : When all you got is Lemon, make some lemonade .

Upon his retirement from Iranian army , it shouldn't be very difficult for Gen Pourdastan to find a gig as Santa Claus of Iran .

After serving 8 years on the front line during Iran-Iraq war I think he has better options to think about....

As you know Iran lacks the privilege of printing money and selling T bonds to China to finance its military, specially after the imposed sanctions. As such you might be right that not all Iran's weapons are state of the art, like F-22 raptor costing quarter of a billion to manufacture. But that is the Iranian reality and as such they have crafted a doctrine which given the current limitations will produce the maximum output capacity. From that perspective, I think they have been quite successful putting on top of that the fact that Iran is not bordering Switzerland or Italy but unstable countries/areas such as Iraq, Afghanistan, Pakistan, Eastern Turkey and hostile nations in Persian gulf such as Saudi Arabia and global powers such as US forces in the region.
As such you need to check your balance sheet before doing too costly projects as one mistake might put you in the path of bankruptcy.

Remote sensing and operation is a top priority of Iran's military doctrine it seems as it has many advantages for certain situations. It seems they know what they are doing.

Bear in mind that Iranian soldiers have a range of rifles and machine guns at their disposal. As a matter of fact "situational adjustment" is a fact for the Iranian special troops as they need to pick the right rifle for the mission. But many times several different types of rifles are presented within the same unit in order to provide certain capabilities during the mission.
As per your comment, please check the followings and you will get your answer:
https://en.wikipedia.org/wiki/List_of_5.56%C3%9745mm_NATO_firearms

Anon 0416
I don't see the point of your paragraph . Iran is almost bankrupt and it's miltary and it's hardware is wholly untested .Iran' regional allies won"t last a month without support of Russia or western coalition .

FN SCAR 17S is the weapon of choice. It comes in both 5.56 mm and 7.92 mm calibers. It is light with good accuracy, range, rate of fire, punching power, easy to maintain and comes with all accessories. It is expensive compare to the other available rifles but Iran doesn't pay licencing fees so it should not be a problem for Iran.

Anon 411
If that's how you feel about his service during iran/iraq war , I guess good for him .

The point here is not money, sanctions and geopolitical facts and all those things you mentioned. Point is a simple question. Is it rational to set up a RPG as demonstrated in last 3 picture in the heat of a war? Instead of wasting their time on these non practical instruments they should focus on developing a Javelin like weapon. They have domestic potentials inside Iran to do that. Imagine arming a Platoon, Company or even Battalion of the cross motorbikes with Javelin. With high mobility they would be able to out maneuver the enemy in an asymmetric warfare.

Another point worth mentioning here is:
Fabricating few numbers of an equipment to showcase it in an exhibition or a drill (such as personal protective gear for soldiers, a light armored vehicle, a weapon, a communication devices,etc) is one thing and producing them in mass quantities to be used effectively by the system is another thing. Based on my experience and observations of the Islamic Regime in Iran, their systems lacks effective management to even make sure that all the soldiers serving in the same place wear the same uniform. This is comes from and is the consequence of an ideology and mentality of the clergy running the country. I am afraid until this mentality is in place you can't hope for better.

Sorry 7.62 x 51 mm. This rifle also has minimum recoil due to its piston system. Only disadvantage of this gun is having reciprocating charger.

Santa Clause is not bad idea! How much is the pay? He only has to work for few days and teh rest he would be on pensions playing with his grenade launcher!

Iran is not bankrupt and its military is indeed very much tested in the regional conflicts...more than many of the guys you support and who just buy "luxury toys" :-)

I do not know General Purdastan personally but based on news and videos I have seen of him, he is a type of a commander that every soldier likes to have him by his side. He looks to be kind and caring and more importantly is hands on and leads as an example. Having said that him and people like him can not make any difference as they have to act within a non productive and inefficient system which has serious structural flaws. See, with all our national resources and about 50 million active available work force, unemployment is sky high and that in turn results in social catastrophes such as poverty, addiction and prostitution. Iran's growth rate is -0.5%. Therefore when money and human power are available the only missing factor is top management. When factors other than national interest and system efficiency are the priority of the top decision maker in the country and he doesn't have any academic background and when they consider western human science such as economy against their core beliefs and want to eliminate it from the curriculum in the universities or when they want to close the door of the country for the foreign investors because they do not want to see Mc Donalds in the streets and when there is unlimited corruptions exists in the way of privatization and foreign investors You can not expect more of General Pordastan and people like Pordastan.

That is a test stand for the RPG-29 and not some rig meant for combat. Its to test the rocket launcher more accurately than a human operator. judging by the personnel standing around it was a test of the rpg-29's lethality and the firing stand is there to ensure that the rocket hits its target.