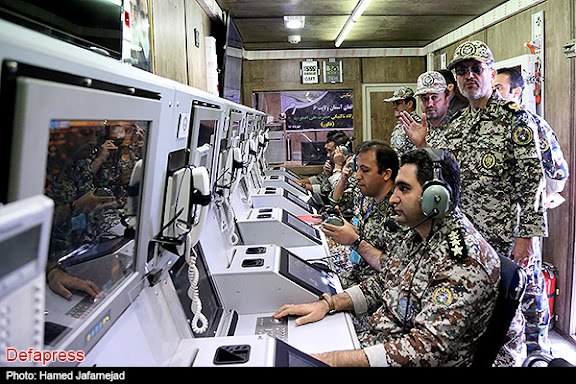 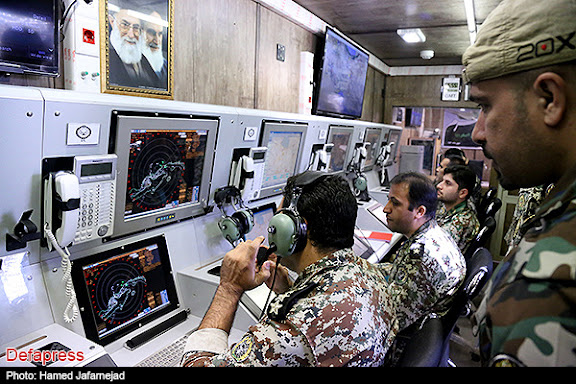 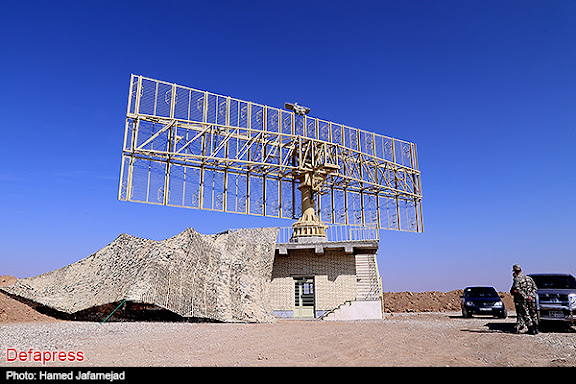 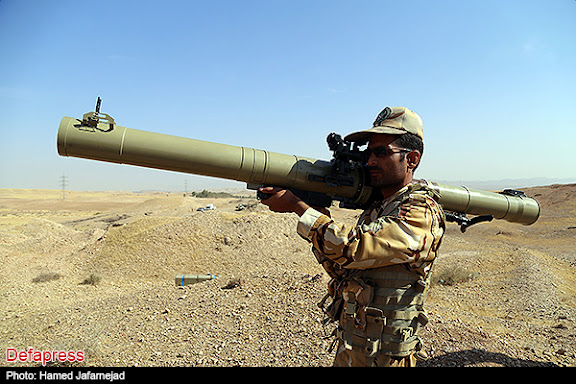 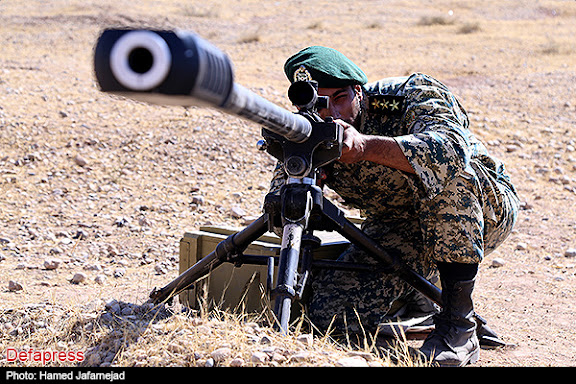 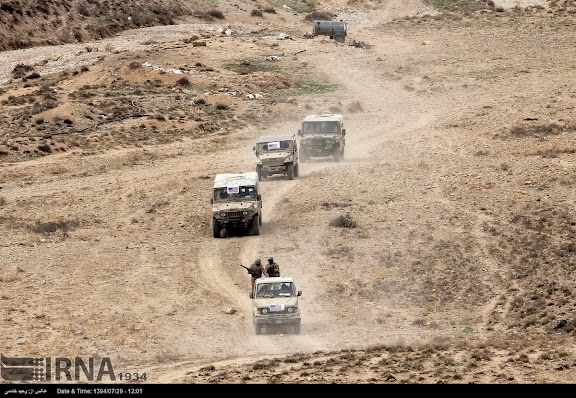 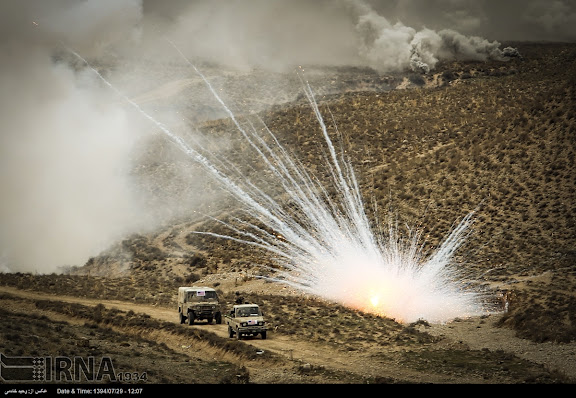 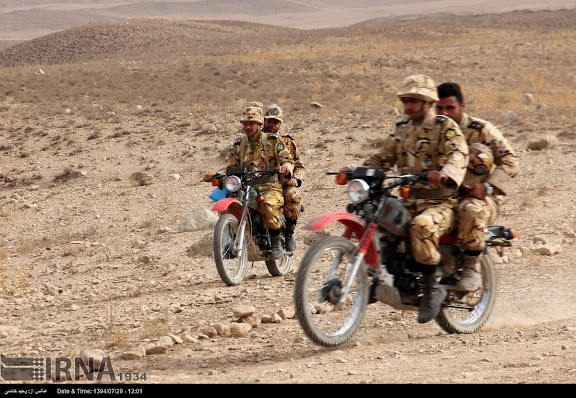 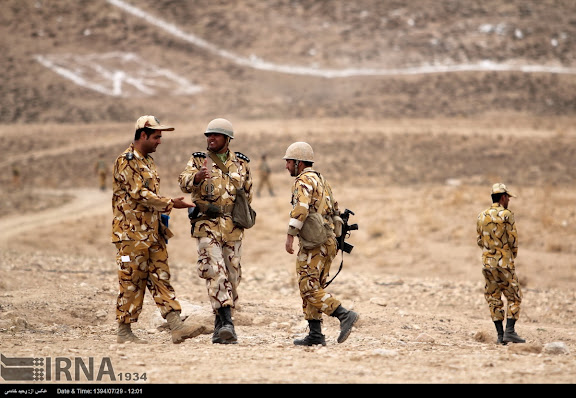 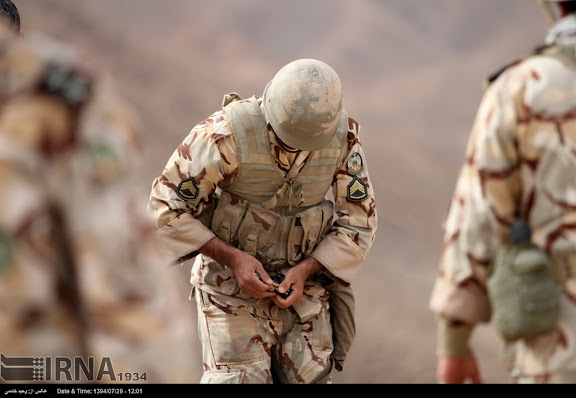 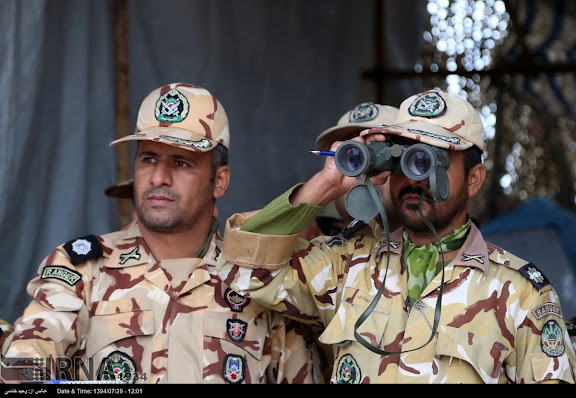 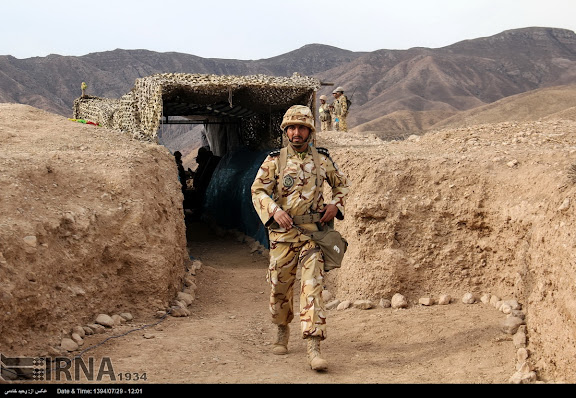 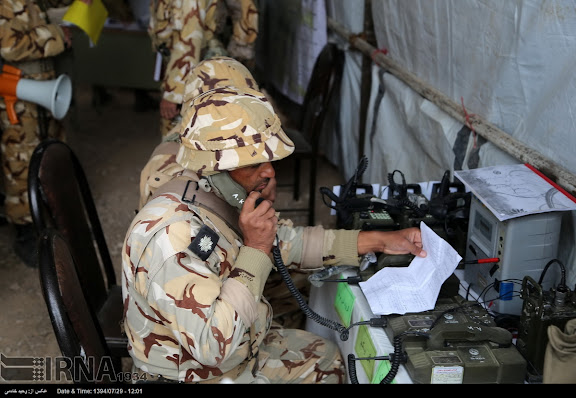 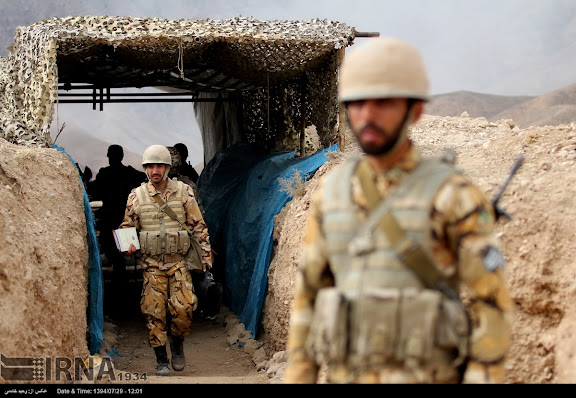 Detail of command post, within trench and covered by framed camouflage netting 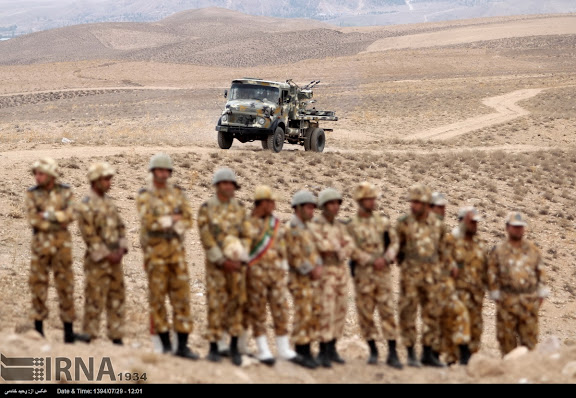 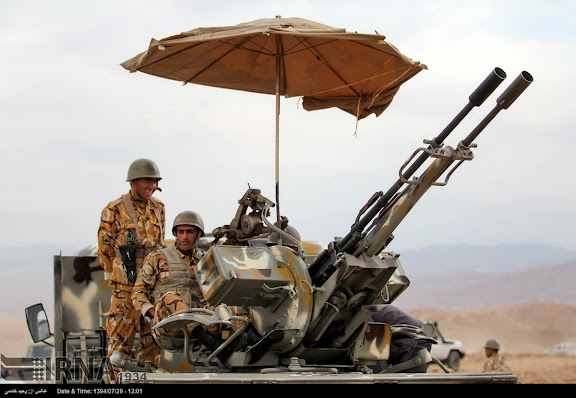 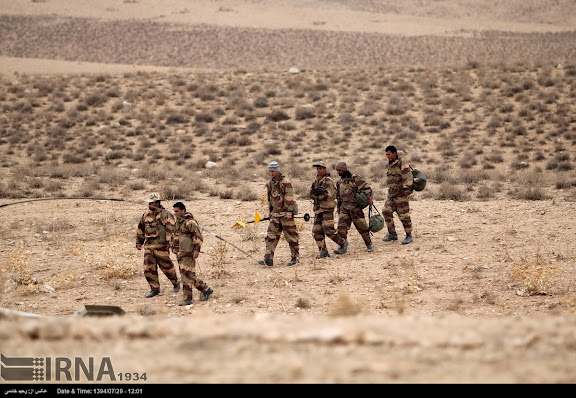 
Photos: Islamic Republic News Agency, and Hamed Jafarnejad at DefaPress
Posted by Mark Pyruz at 2:18 AM

The WW2 tinpot helmets have to go and as a military aviator I can tell you that a red trail bike is open invitation to bomb. Perhaps they can paint it in basic khaki camo. Body armor and web netting ammo for vehicles may also help. The G-3 is too heavy for the modern battlefield and every mechanized infantry platoon should have 2 manpads for air and helo threats. Try to hold joint exercises with the Russians. Robert Fisk has a good article in the Independent on how good the Syrian army become in combined arms operations and is now undoubtedly the Arab world 's best and on par with Hezbollah and woe to anyone who takes on Syria after the terrorists are defeated. Iranian mid level field officers all need to be rotated through Syria to get some real experience.

Mark ,the US flag means what ?-

Very good point, except the part about Russians....if they had the balls they would have been on the ground in Syria...not in the air dropping laser bombs:-)
At the end of the day, equipment is highly important and your comments are very valid, I agree with them, but remember the fact that there are also other factors having an impact on the progress of events in the battlefield... as per Syrian Army the entire disaster Iran is involved in was Assad's stupid understanding of what was going on below his nose rather than anything else..and believe me shouldn't it be for the Iranians he would have been toppled by now before the Russian arrival.
I am not a supporter of him or his regime, but putting the glasses of an observer, this guy failed big time and without external support and mainly Iranian/Hizbollah, he would have been toasted by now.

I think it is emulating US convoy that is going to be attacked! in the practice

I believe, in this exercise, the red team are playing the part of a US invasion force.

Keep in mind the alternative to Assad. The Russians had no real choice as now 90% of the terrorists in Syria are foreigners, just watch a new videos from Syria, they speak Urdu, Maghreb Arabic and various central Asian dialects. The SAA held firm because of its nationalistic origins, the Alevi Shia are the core of Syria, and their men had no intention of running away to Europe. Assad could have held out in the Alevi heartlands in a rump Syrian state on the Mediterranean coast, since the total dependable manpower pool for the SAA in Alevi and trustful Sunni and Kurd areas is now less than 3 million military age men and attrition was quite high. I have seen reliable figures without the usual hype that SAA has lost about 40,000 men in 5 years of non-stop operation.The total strength before the terrorist incursion was about 245,000, so we are not talking mortal losses.

What Russian and Iranian involvement has done is to signal to the world that Syria will not fall to the Saudi and Turkish Wahhabi axis and their Salafi terrorists. Hezbollah commitment in real terms is very small, a consolidated infantry brigade of about 3,000 men that are rotated through Syria and eastern Lebanon at a time. Hezbollah is now on war footing and has mobilized over 60,000 very well trained and motivated forces. They are better than most NATO armies even, as the Zionist outgoing Chief of Staff acknowledged. So I don't believe Assad was in any real danger. The Russians do have ground troops and they are very aggressive, just look at the totally fearless MI-24 Hinds in action, they are like hornets and hover over the battlefield at 200 feet. From my experience, it does not appear either Assad or Russia are about to walk away from this fight. Russian costs are very minimal at about $4 million day, their airstrikes are precise and relentless and have given SAA the time to reorganize. The Iranian role should not be dismissed either as the IRGC has done well, attested by the fact that 3 brigage group generals leadding from the front lost their lives. Now there is regular Artesh Takavaran regiment near Damascus, who will gain invaluable battlefield experience, especially at line officer level, the people who make general staff later in their careers. The vast majority of Iranian generals today are from the Jange Tahmili era and this new crop getting a baptism of fire in Syria will make very experienced general staff used to combined arms operations with allied forces like Russia, SAA and Hezbollah. The Iranian military will come out of this much experienced and battle worthy.

Good Analysis, thanks! we need more analysis and people giving their thoughts like this beside Nader and Paul's good analysis.