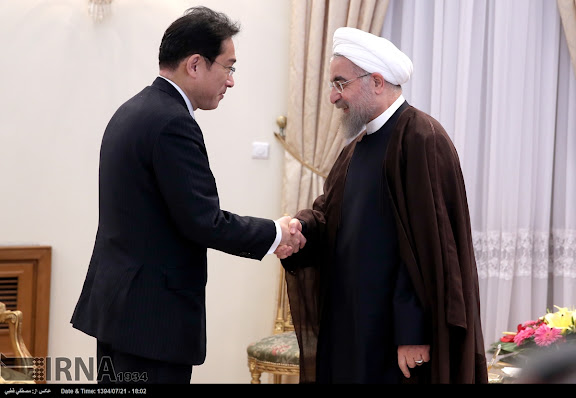 According to Channel News Asia:


Japan and Iran have reached agreement on an investment accord, which may give a boost to Japanese investments into the Islamic Republic once sanctions are lifted as early as next year, the countries' foreign ministers said in a statement.

Japan is keen to boost ties with Iran and invest in resource projects there, as well as increase crude imports from the Middle Eastern country.

Japan's crude imports from Iran plunged more than 40 percent from 2011 levels before tough Western sanctions were introduced in 2012 over Tehran's disputed nuclear programme.

Japan's top oil and gas explorer Inpex Corp, which in 2010 was forced to give up a stake in Iran's Azadegan oil field because of the sanctions, was among dozens of companies that visited Iran in August.

Iran's chief negotiator for new oil contacts said last week the country would introduce more than 50 exploration and production projects to investors in the near future. 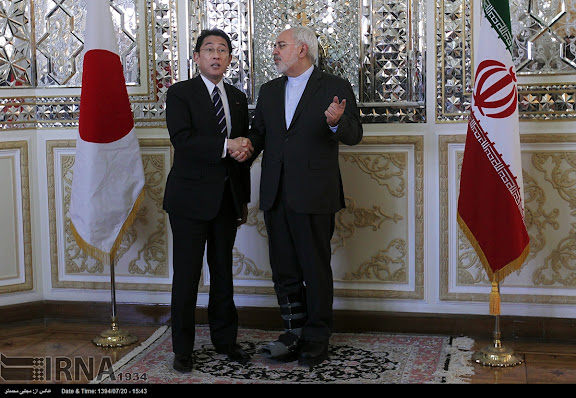 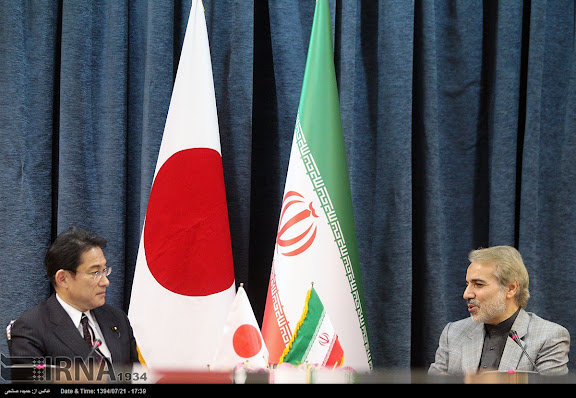 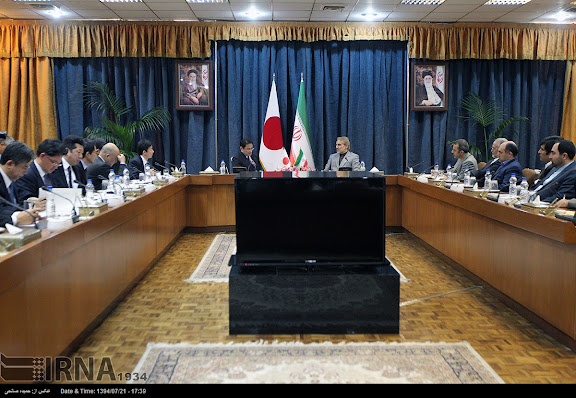 Japanese and Iranian delegations in conference with Japanese Foreign Minister Kishida and Mohammad Bagher Nobakht, Vice President and Head of Management and Planning Organization, on 13OCT15 in Tehran. 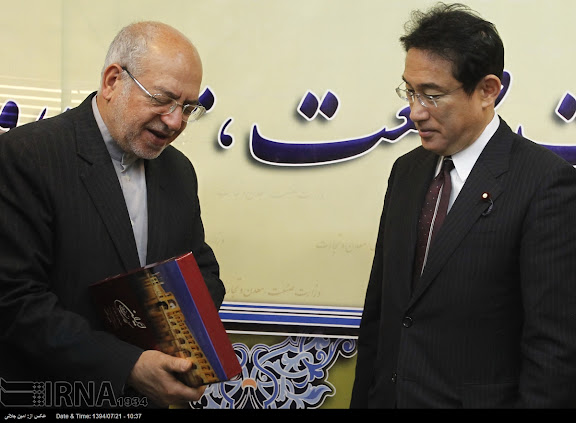 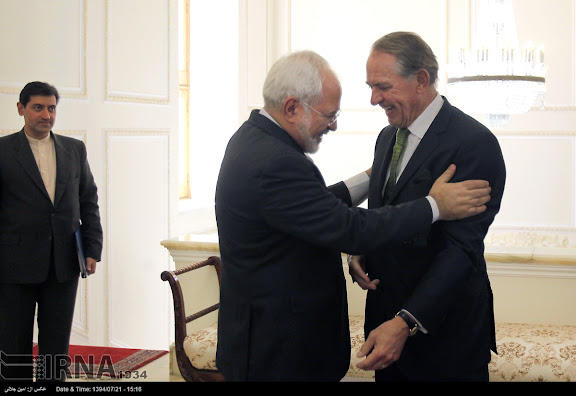 
UN Deputy Secretary General Jan Eliasson said on Monday that the UN still has a lot to do in putting an end to conflict, poverty, inequalities and repression, noting the UN mission is not accomplished yet.

Eliasson made the remarks while delivering a speech on the occasion of the 70th anniversary of the UN celebrated in Tehran.

During his speech in which some Iranian officials and UN diplomats were present, Eliasson admitted that there is much left to be done in the UN. “We all have work to do. Our mission is not accomplished. We need to continue to reform our organization and adapt it to the new global landscape.”

COMMENTARY: Eliasson was part of the UN mission that attempted to mediate the Iran–Iraq War from 1980 to 1986. 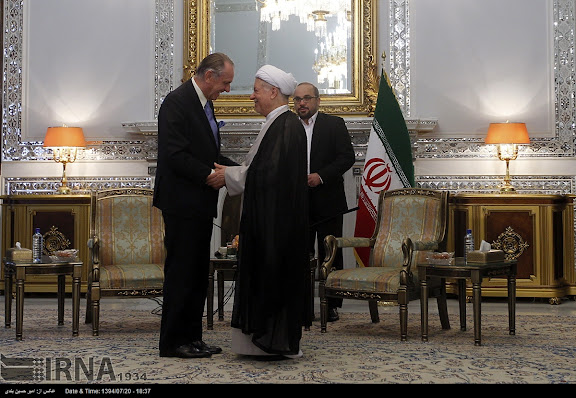 Deputy Secretary-General of the UN Jan Eliasson with Akbar Hashemi Rafsanjani, Chairman of Expediency Discernment Council, on 12OCT15 in Tehran. 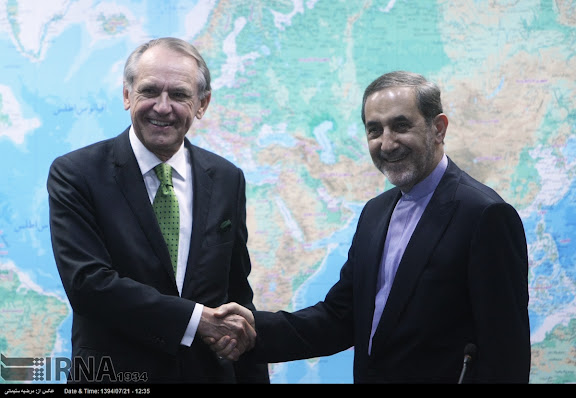 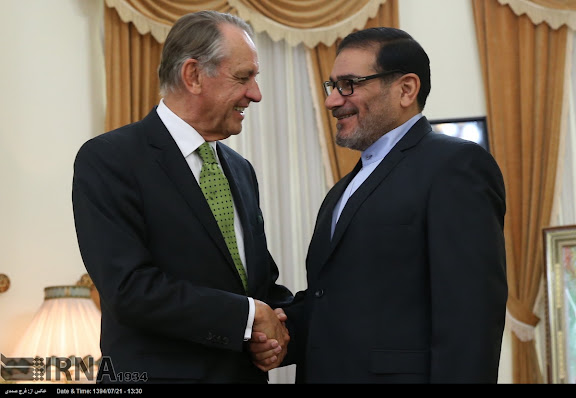 Deputy Secretary-General of the UN Jan Eliasson with IRIN Rear Admiral Ali Shamkhani, secretary of the Supreme National Security Council of Iran, on 12OCT15 in Tehran 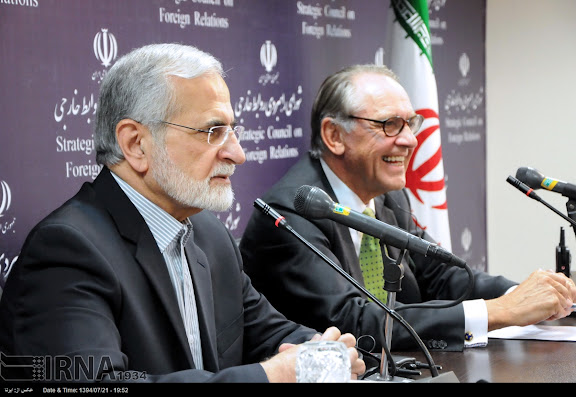 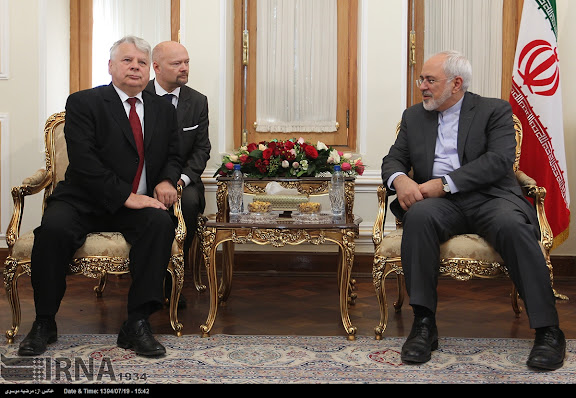 Ján Kubiš of Slovakia, Special Representative for Iraq and Head of the United Nations Assistance Mission for Iraq (UNAMI), with Iranian Foreign Minister Mohammad Javad Zarif on 11OCT15 in Tehran.


UN Secretary-General Special Representative for Iraq Ján Kubiš who is in Iran to discuss latest Iraqi developments with Iranian officials was received on Sunday evening by Mohammad Javad Zarif, Foreign Minister and head of diplomatic machinery of the country, where he expressed gratitude for the attempts by Mr. Kubiš waged to bring stability and security to crisis-stricken Iraq.

Mr. Kubiš believe[s] that the key to safely coming out of the current situation in Iraq is national unity. He also said that international and regional players were also important in helping manage the situation in the country; “promoting national reconciliation process, supporting strong central government, and focusing global participation in tackling economic, security, and social issues in Iraq are UN’s priorities,” he added.

Mr. Kubiš asserted that he would speak to any country and player as his mission for reaching a realistic analysis of the pandemonium in Iraq and finding a viable and effective solution, and believed that Iran’s role in Iraq and its benign advice on Iraq was absolutely invaluable for this reason. 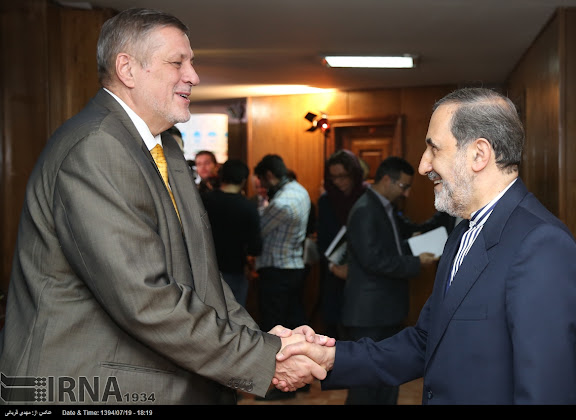 Ján Kubiš of Slovakia, Special Representative for Iraq and Head of the United Nations Assistance Mission for Iraq (UNAMI), with Ali Akbar Velayati, President of Expediency Discernment Council's Center for Strategic Research, on 11OCT15 in Tehran. 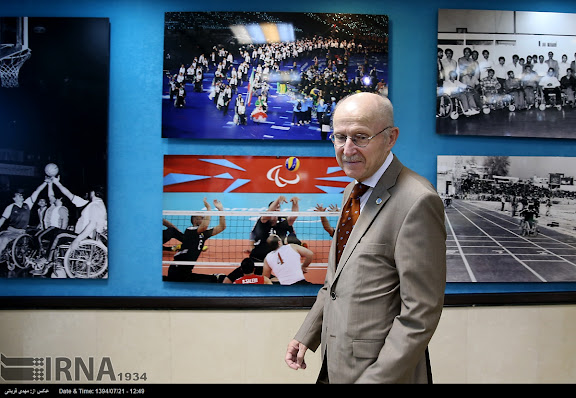 Wilfried Lemke of Germany, United Nations Secretary-General’s Special Adviser on Sport for Development and Peace, looking over photos of disabled Iran-Iraq War veterans engaging in sport, on 12OCT15 in Tehran.

What the hell's wrong with Zarif's leg? Don't tell me he broke it the same day Kerry broke his hehehe.