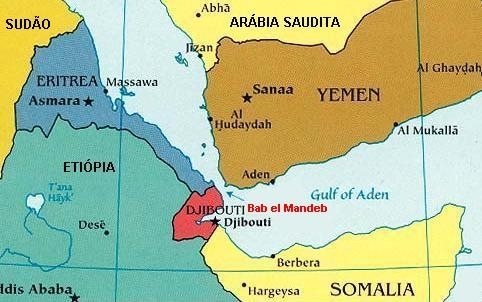 Yemen’s Prime Minister Khaled Bahah visited the coast at Bab al-Mandab Strait, the strategic entrance to the Red Sea and the gateway to the Suez Canal, after the Saudi/UAE-led coalition forces pushed the Houthi/Saleh fighters out of the immediate area. (AP, 3 October)

The coalition officials say their fighters with air and naval support advanced against the insurgent forces on Saturday to retake control of access to Bab al-Mandab Strait. Saudi and Egyptian warships have been deployed off the coast of Yemen to secure the strategically vital strait.

Things are not going all that well for the Saudi/UAE military effort during the Yemen conflict.

Here is a survey of AFV losses that include Saudi and UAE AFVs, based on photo/video evidence:

This Saudi-led intervention is a mistake.

Things continue to go badly for the coalition it seems. Janes reporting Yemeni rebels firing c-801 silkworms and possibly destroying UAE naval ships. Oh well at least the coalitions allies ISIS are making a show of it in Syria and Iraq!