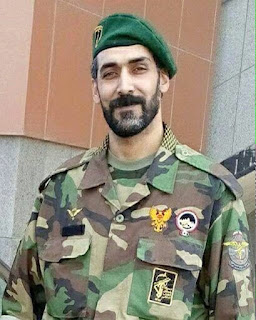 IRGC Brig. Gen. Majid Sanei and 2nd LT Moslem Nasr were killed in Aleppo in the past 24 hours. Sanei is the third IRGC general officer killed in action during the Aleppo offensives. LT Nasr was deployed with IRGC’s elite 33rd al-Mahdi Airborne Brigade, which already had another KIA in Aleppo operation last week. 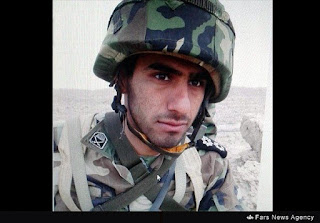 RIP. These are brave men leading from the front. The battle for Aleppo will be hard as the mostly foreign terrorists are deadenders and have nothing to lose but their miserable lives. Iranian casualties have reached around 30 martyrs in the last 2 months of intense fighting in heavily booby trapped built-up areas.

I hope the anti-ISIL forces do not approach the problem as you do. As reactionary and brutal an organization ISIL is, it's a gathering of ideologically committed fighters, some of whom are ready to die for their cause. They represent a growing Islamist fundamentalist movement in the region which wants to create caliphates in reaction to modernity and the modern world. The struggle against ISIL and Islamist fundamentalism is a long-term struggle, even after ISIL as an organization is defeated militarily. Cursing them as deadenders and losers will not do the trick.

They both deserve to be cursed for their ideology and barbarity and deserve respect on the battlefield as capable and committed opponents. I don't think it's problematic to point out a group's corrupt ideology as long as one doesn't understimate their military prowess. Other horrible groups of losers, such as Nazi SS, proved formidable on the battlefield.

Only Russian weaponry and bombing will.

Weapons and bombs can kill some of the militants, but not their ideas and ideology. Countering Islamist fundamentalism requires much more than Russian weaponry and bombing.

Of course I agree that we need to focus on countering the Islamist fundamentalism, as the ideology behind this crazy idea, with growing popularity, of establishing 7th-century-type caliphates to distinguish Islamic societies from the rest of the modern world. Indeed this should be the focus of a long-term struggle against ISIL and ISIL-type groups and their world views. And yes, we do need to understand their strengths and weaknesses, and realize we are dealing with committed folks, some of whom are ready to sacrifice their lives for their cause. What we shouldn't do is sloganeering, which will get us to nowhere.

Agree on that, but not as long as Saudi Wahhabi madrassas keep on pumping out brainwashed "Jihadis" from the dirt poor slums who for some reason only kill Muslims in the poorest nations like Pakistan and Afghanistan. Did you read Stephan Kinzer article in the Boston Globe? he would agree with both our viewpoints. Assad may have mishandled the initial peaceful protests, but now they have been hijacked by the Wahhabi terrorists with a different agenda.

Seems to me that until the Sunni world is given more examples of democracy that can co-exist with political Islam it will be very difficult to counter this ISIS type Ideology. And as has been mentioned above the Madrassas of Saudi Arabia and others that turn out this poison need to be closed. By Idea's, sanctions and if need be, military force.